After climbing 4 spots yesterday and 22 spots in the last month, Manulife Financial (MFC.TO) has climbed up out of the red zone in the SIA S&P/TSX 60 Index report to 16th place, the top of the Yellow Neutral Zone, one spot away from a return to the green zone for the first time since February.

Back in November, a breakaway gap to the upside snapped a downtrend line and signaled the start of a new advance for Manulife Financial (MFC.TO) shares, which was then confirmed by the completion of a bullish Ascending Triangle pattern and the regaining of the $20.00 level. Accumulation has continued to this day with support moving up toward $22.00. 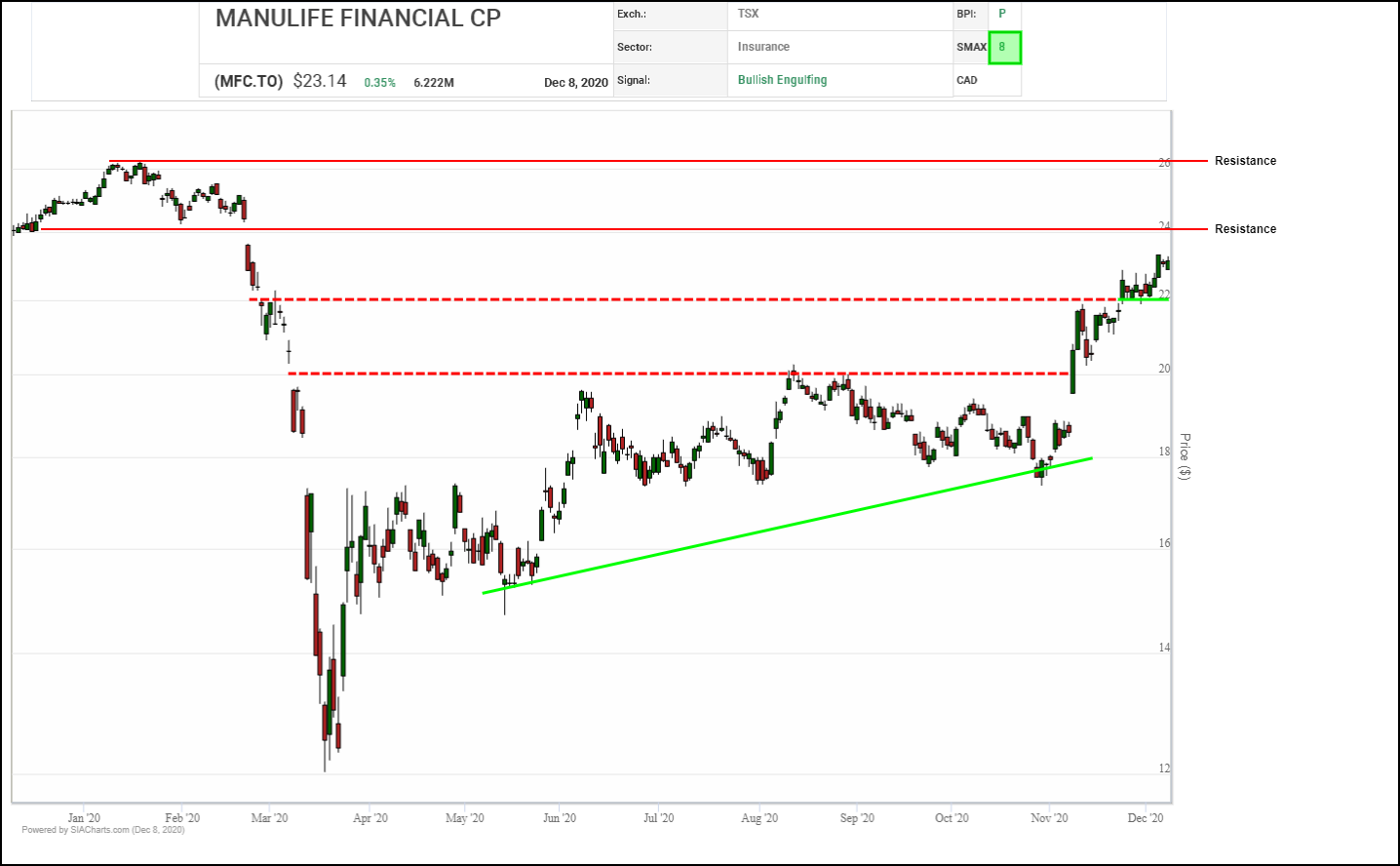 Since bottoming out back in March, Manulife Financial (MFC.TO) shares have been steadily recovering with a series of rallies followed by consolidation at higher levels forming a bullish step pattern. Back in September, the shares snapped out of a downtrend then spent a few weeks digesting that move. In November, the shares embarked on a new rally phase and have continued to climb into December, building on a bullish Double Top breakout.

Potential upside resistance appears in two zones. First $25.55 to $26.55 where a horizontal count and the January high converge, then $30.50 to $31.75 where several vertical and horizontal counts cluster. Initial support appears near $21.35 based on a 3-box reversal.

With a bullish SMAX score of 8, MFC.TO is exhibiting near-term strength against the asset classes. 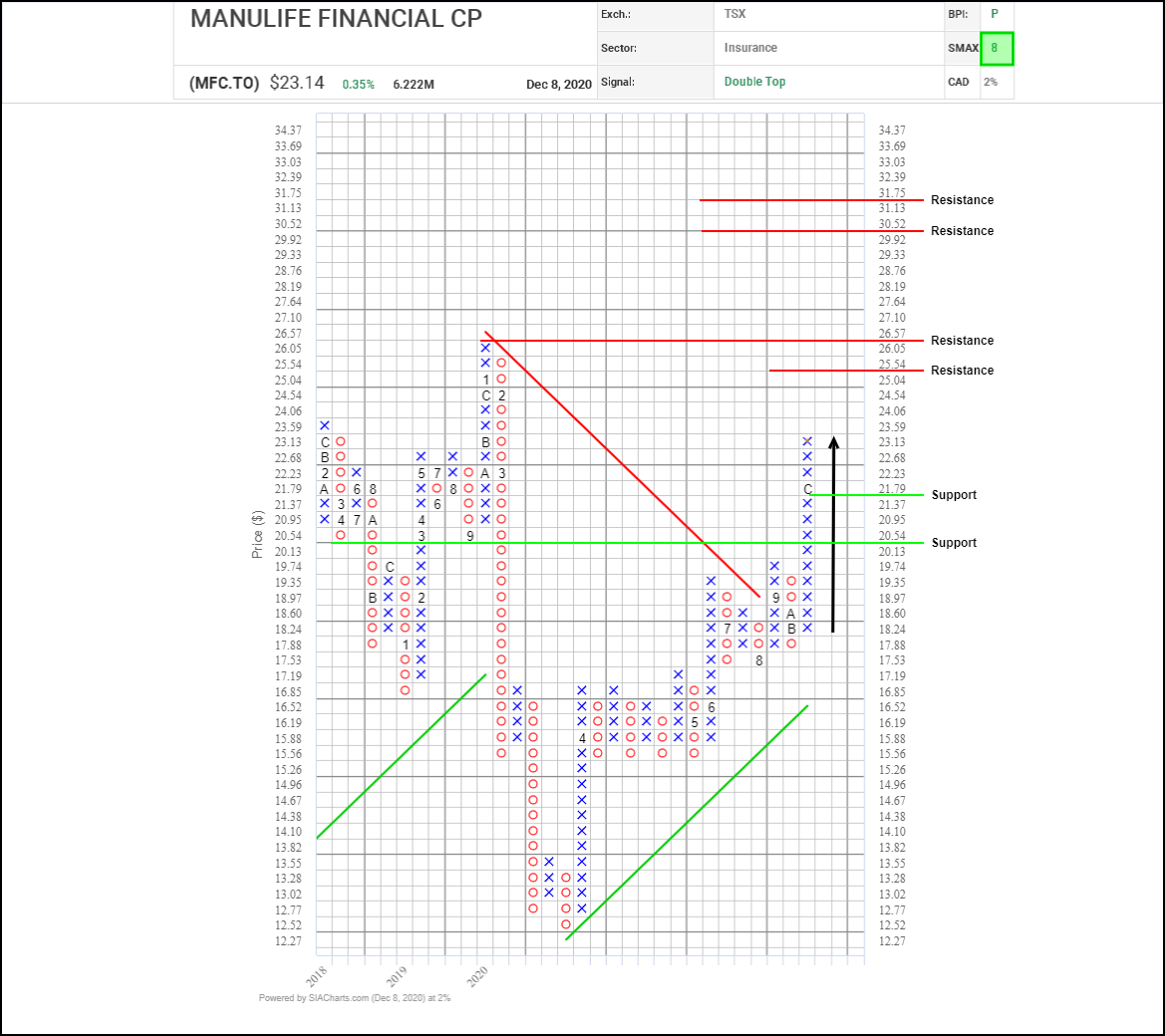