The Energy sector has resurfaced moving up 11 spots over the past month within SIA’s equity sector universe. This move has created a lot of strength in individual energy equity names, one of them being Whitecap Resources (WCP.TO) which currently resides in the #1 spot of the Green Favored Zone within the SIA S&P/TSX Capped Composite Index Report. Although Whitecap’s shares have been in the Green Favored Zone since April 30th it was not until the recent breakout of the wedge pattern seen on the candle stick chart above

the $3.00 round number area that saw an immense increase in demand for the shares which rallied as high as 78% over the past 4 weeks.

Price is currently bumping up against the crucial $5.00 round number resistance area which it has touched and retraced away from twice back on April 2019 and January 2020. Initial support can be found near the $3.25-$3.00 level where prior resistance and a gap fill can be found. 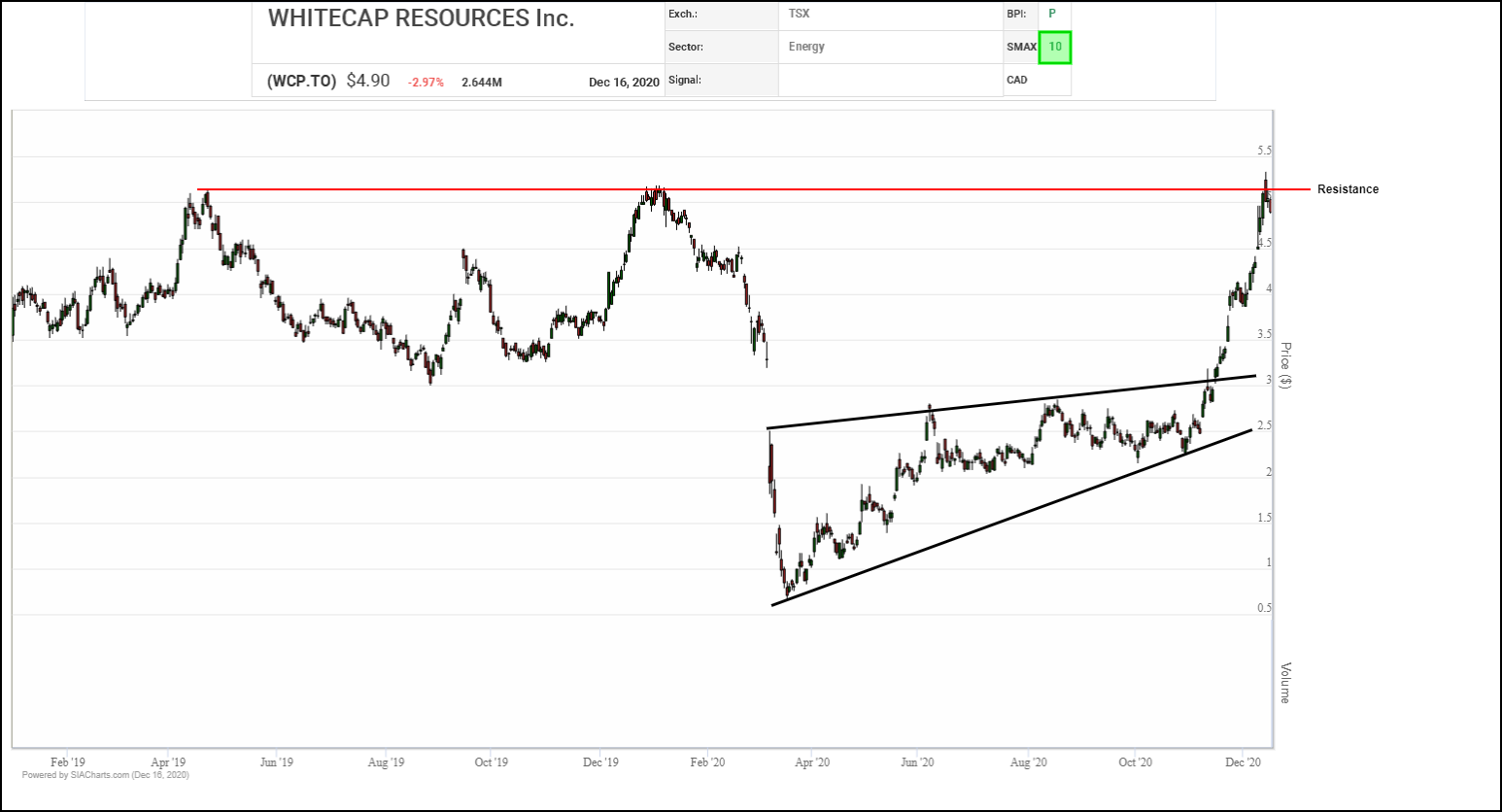 The Calgary based energy company Whitecap Resources Inc. has struggled along with almost all energy equities since their peak in 2014. Whitecap traded as high as $18.72 in 2014 only to come all the way down to a low of 0.74 this past March. The shares have rebounded 562% off those March lows into continued strength coming from renewed interest in the sector. Looking at the 2% Scale on the Point and Figure chart we see the shares have formed, but not completed a bullish double top set up. If the $5.20 round number resistance is broken the next upside resistance based on a measured move resides around $6.10. Support can be found at its 3 Box Reversal of $4.71 and, below that the cluster of trading around $3.50. With a perfect 10 out of 10 SMAX score WCP.TO is exhibiting near term strength against the asset classes.