Morgan Stanley (MS) has spent some time in the Favored zone of the S&P 100 Report this year, but not as consistently as some of its peers. It most recently entering the Favored zone on Nov 18, 2020 at $58.81 and has since risen $9 in just over a month. MS had a big gain yesterday with a 5.7% move and along with Goldman Sachs rising 5.9% were the largest gains in the S&P 100 Index while new entrant Tesla Motors had 6.8% pullback after big gains prior.

Morgan Stanley currently sits in 6th place in the SIA S&P 100 Index Report near the top of the Green Favored Zone.

MS had been building a consolidating range between $60 and $65 over the last month before its breakout out of this channel yesterday.

Next potential resistance on trend appears around $70. Support is at the bottom of this consolidation around $62 and at $56 from past highs earlier this year. MS is above both the 50-day and the

Morgan Stanley (MS) has moved through some strong past resistance in its current Spread Double Top chart pattern. It moved past its prior highs from this year in January/February which has now turned into a Support level at $55. Further support above can be found at $61.87.

Resistance above can be found at $71.07, which is a level that can be traced back over a decade to prior highs in 2007. Should it continue its upward trend, further resistance can be found in the $75.42 area. A small-pull back at one of these levels should be expected based on its current run in a column of X’s as it is about to match its 18 box run at 2% at the end of 2019 with a current 17 box run. With a bullish SMAX score of 8, MS is exhibiting near-term strength across the asset classes. 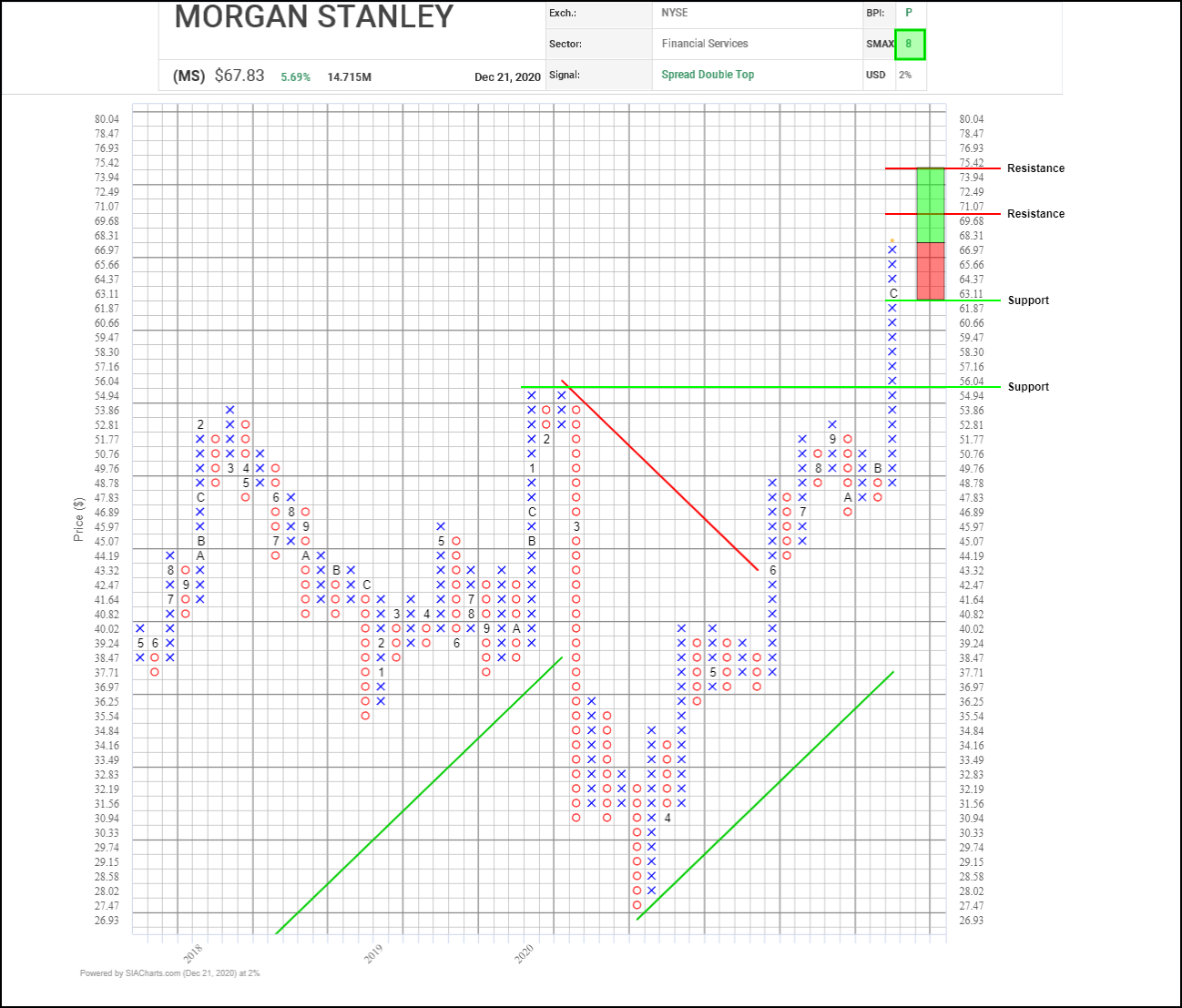