With the Energy sector attracting renewed interest this week, Marathon Oil (MRO) has returned to the Green Favored Zone of the SIA S&P500 Index report for the first time since June. The shares climbed 13 spots yesterday and are up 56 places in the last month.

A long-term downtrend in Marathon Oil (MRO) shares bottomed out back in March, and since then, a bullish Ascending Triangle base had been forming. Accumulation has resumed since the shares bottomed out at a higher low near $3.50 back in October. Yesterday, the shares completed the bullish triangle base with a breakout over $8.50 which confirms that a new recovery trend has commenced.

Initial upside resistance appears at a downtrend line near $9.00, followed by the $10.00 round number, a previous support level near $10.90 and hen $13.50 where a measured move and the top of an old range converge. Initial support appears near $8.00. 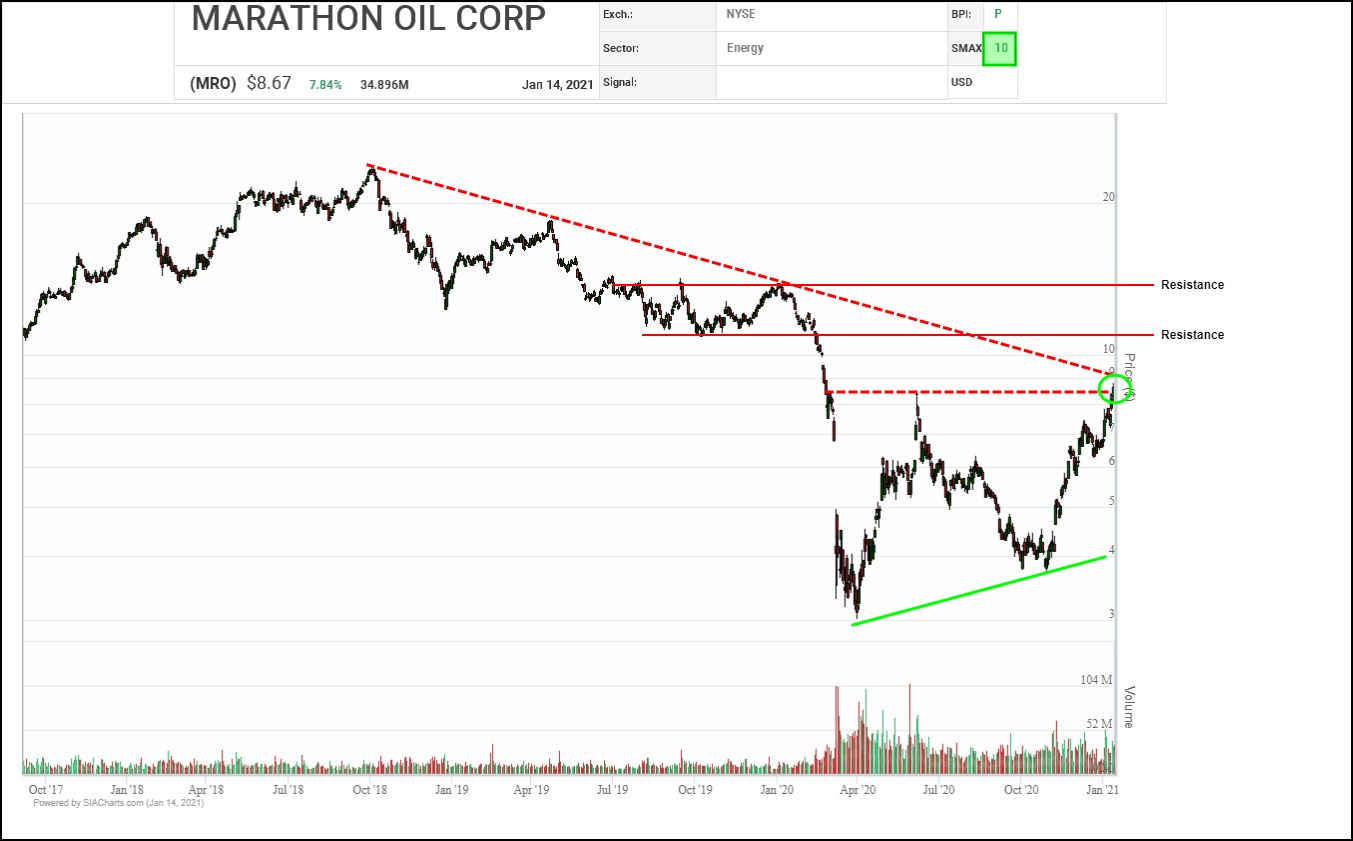 Marathon Oil (MRO) shares have been under renewed accumulation since October. Yesterday, they staged a significant breakout, clearing its June high near $8.50 to complete a building phase to trade at its highest level since February and confirm the start of a new uptrend.

Next potential upside resistance for MRO appears at a downtrend line near $9.60, then the $10.00 round number and the $10.60 to $11.00 range which is based on vertical counts and previous column lows. Initial support appears near $7.90 based on a 3-box reversal.

With a perfect SMAX score of 10, MRO is exhibiting near-term strength against the asset classes. 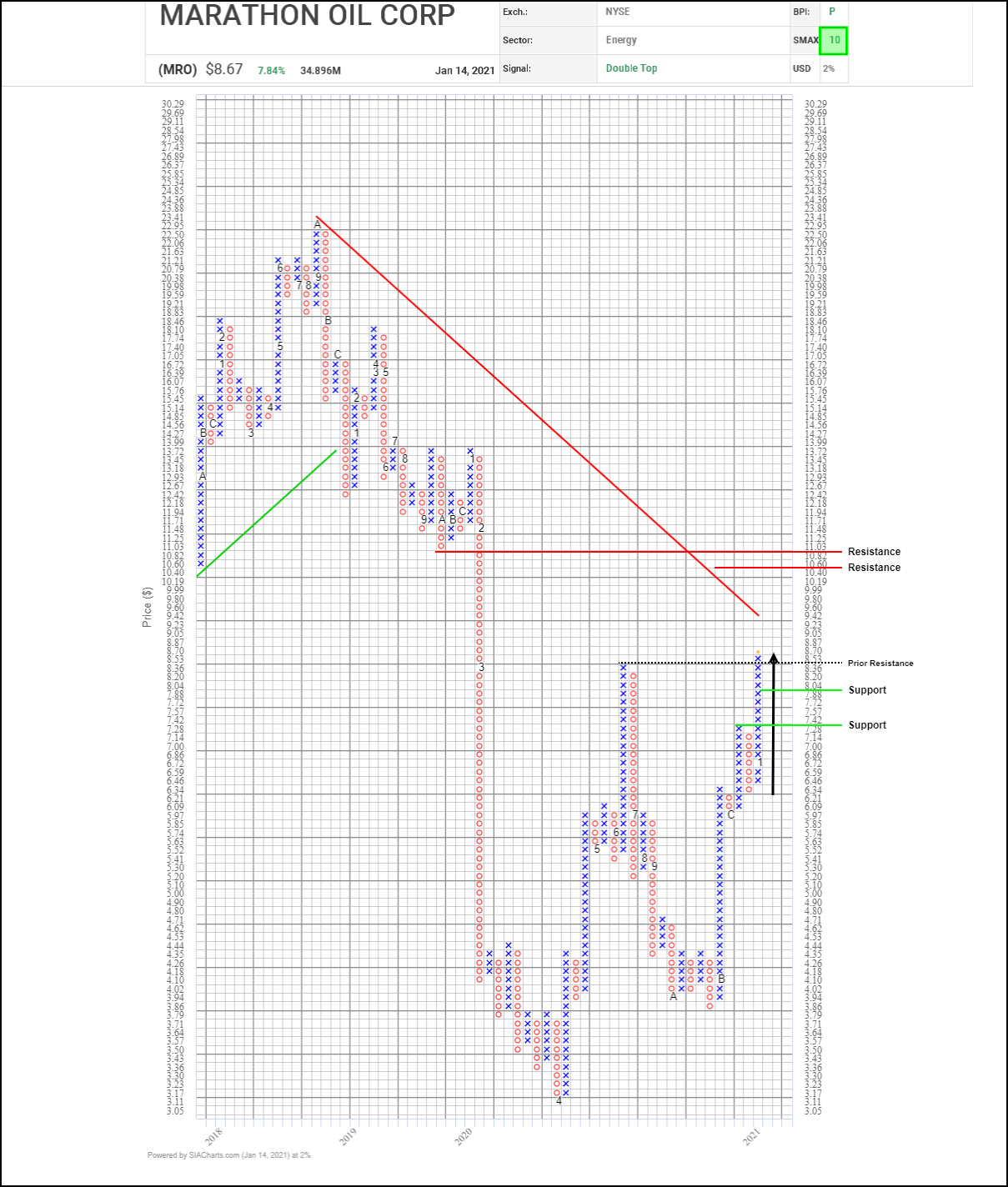