Since November, Enerplus (ERF.TO) has been steadily climbing up the rankings in the SIA S&P/TSX Composite Index Report, rising from deep in the red zone and returning to the Green Favored Zone this week. The shares have climbed 49 spots in the last week including 13 yesterday to 12th place.

Initial upside resistance appears near $7.75 where a measured move from the triangle converges with a previous breakdown point, followed by established resistance at previous highs near $9.00. Initial support moves up to the $5.00 breakout point from $4.00. 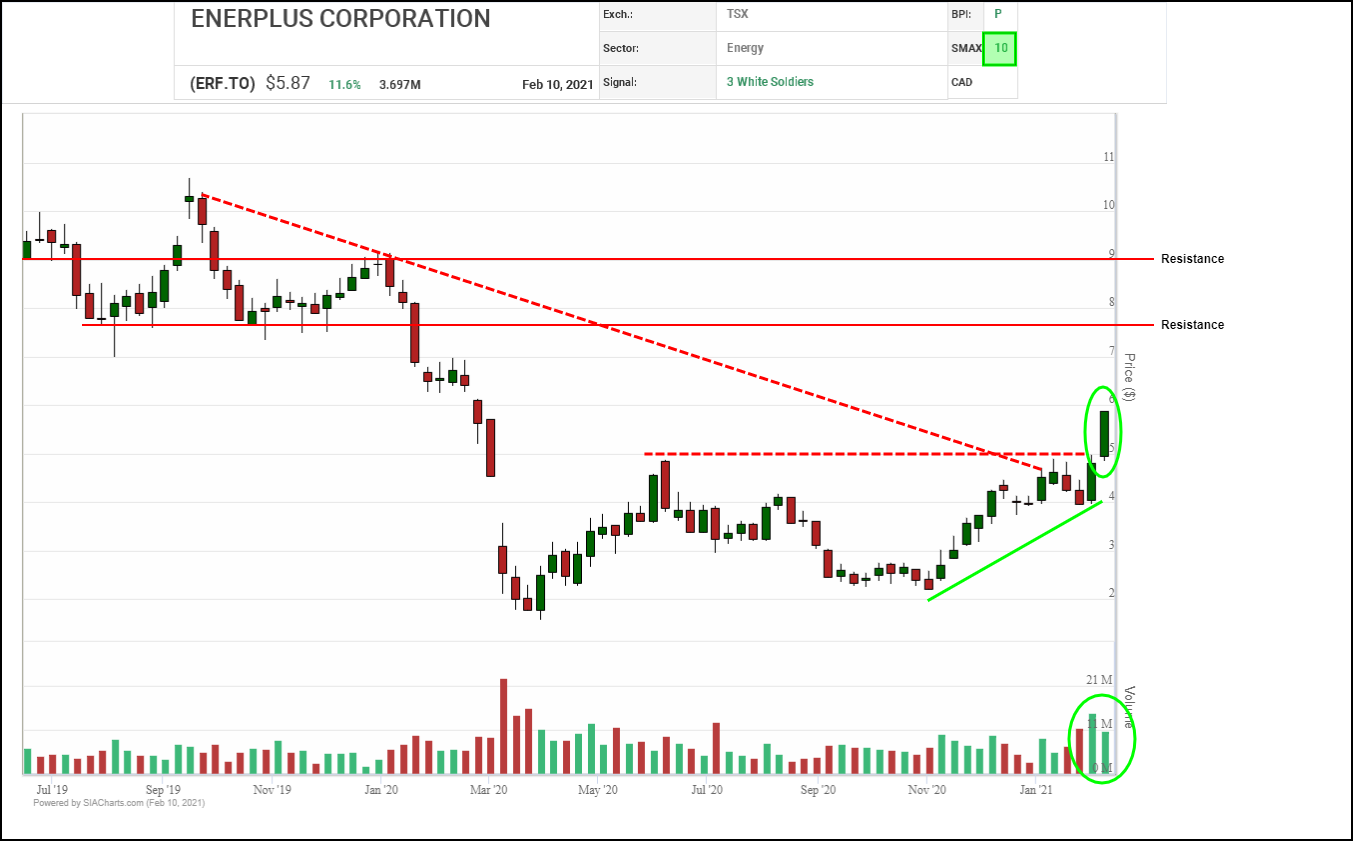 Enerplus (ERF.TO) shares have been under renewed accumulation since October, completing a series of bullish Double Top pattern breakouts and establishing an uptrend of higher lows. In recent weeks, bullish signals have continued to roll in with the shares breaking through their June peak, snapping a downtrend line, regaining $5.00 and advancing on $6.00.

With a perfect SMAX score of 10, ERF.TO is exhibiting near-term strength across the asset classes. 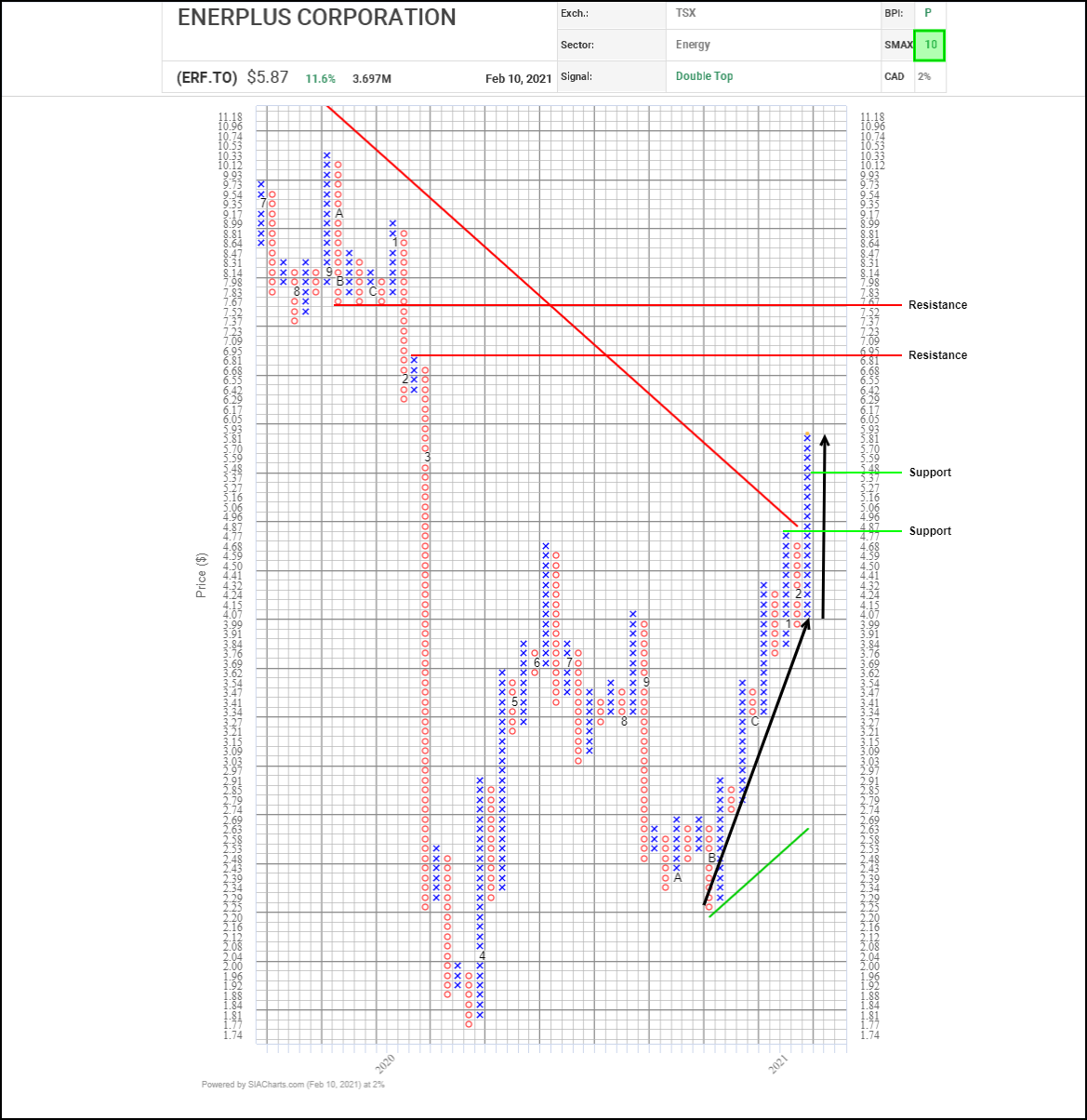