Chipmaker Nvidia (NVDA) has returned to the Green Favored Zone of the SIA S&P 100 Index Report from a brief dip into the yellow zone after climbing 9 spots yesterday to 25th place. Accumulation in Nvidia (NVDA) shares has intensified this week, culminating in a major breakout to a new all-time high. Since September, the shares had been trending sideways with lower highs and higher lows forming a Symmetrical Triangle, indicative of a consolidation phase within a larger upward trend.

This week, the shares primary uptrend has resumed with the shares breaking out over $550 to resolve the symmetrical triangle to the upside, then breaking through $590 to complete a bullish Ascending Triangle to signal the start of a new advance. Gains on volume and yesterday’s breakout over $600 confirm renewed investor interest.

Next potential upside resistance tests on trend appear near $680 and then $710 based on measured moves from the two triangles. Initial support appears near $590 and $560, the two breakout point. 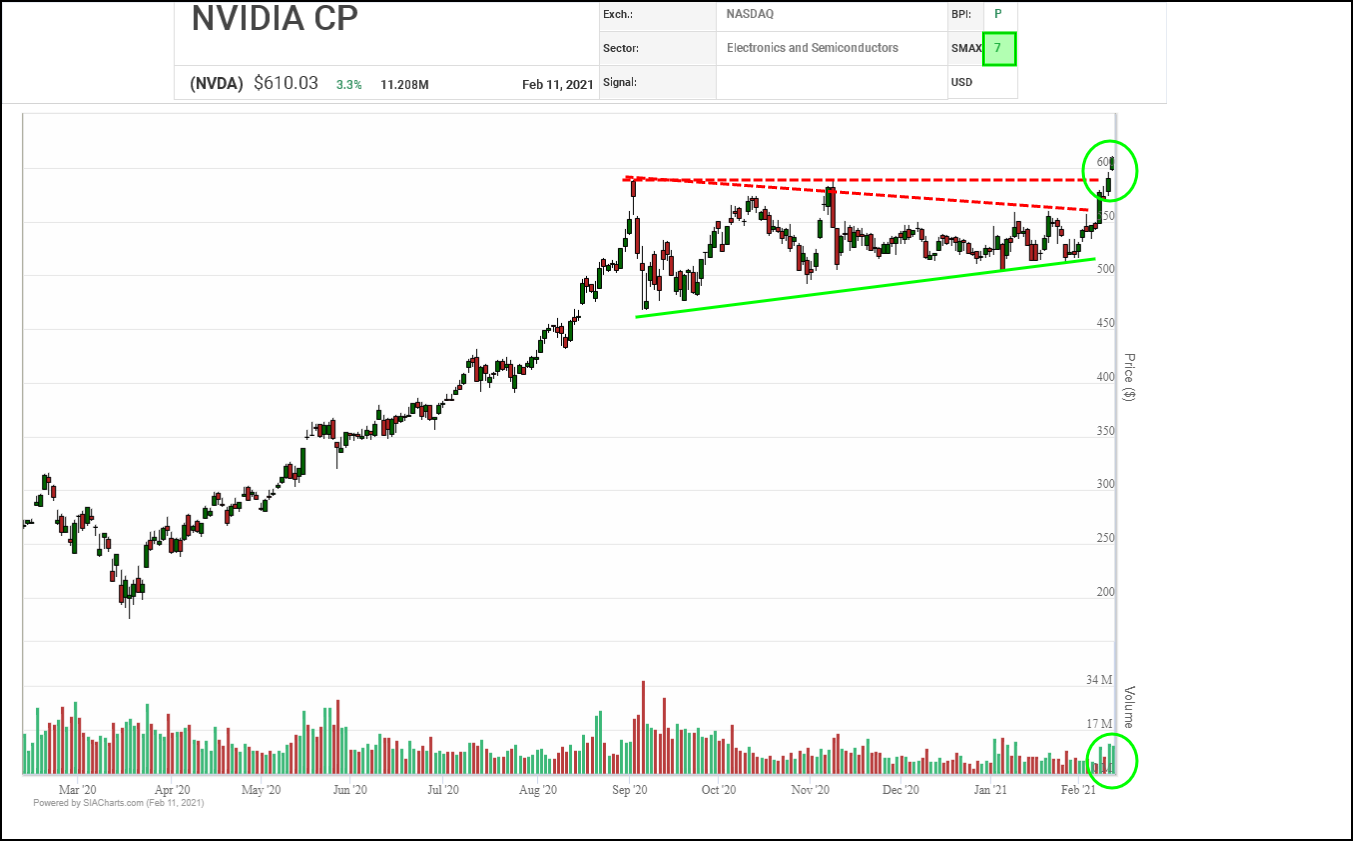 After doubling in a May to September, Nvidia shares had spent the last five months in a normal consolidation phase. Through this period, O columns continued to bottom out at higher lows, indicating that underlying accumulation remained intact even as upward momentum slowed for a while. Recently, signs have emerged indicating that the shares have started to accelerate upward with the completion of bullish Spread Double Top and Double Top patterns, and yesterday’s close at a new all-time high above $600.00.

With its bullish SMAX score increasing to 7, NVDA is exhibiting near-term strength against the asset classes. 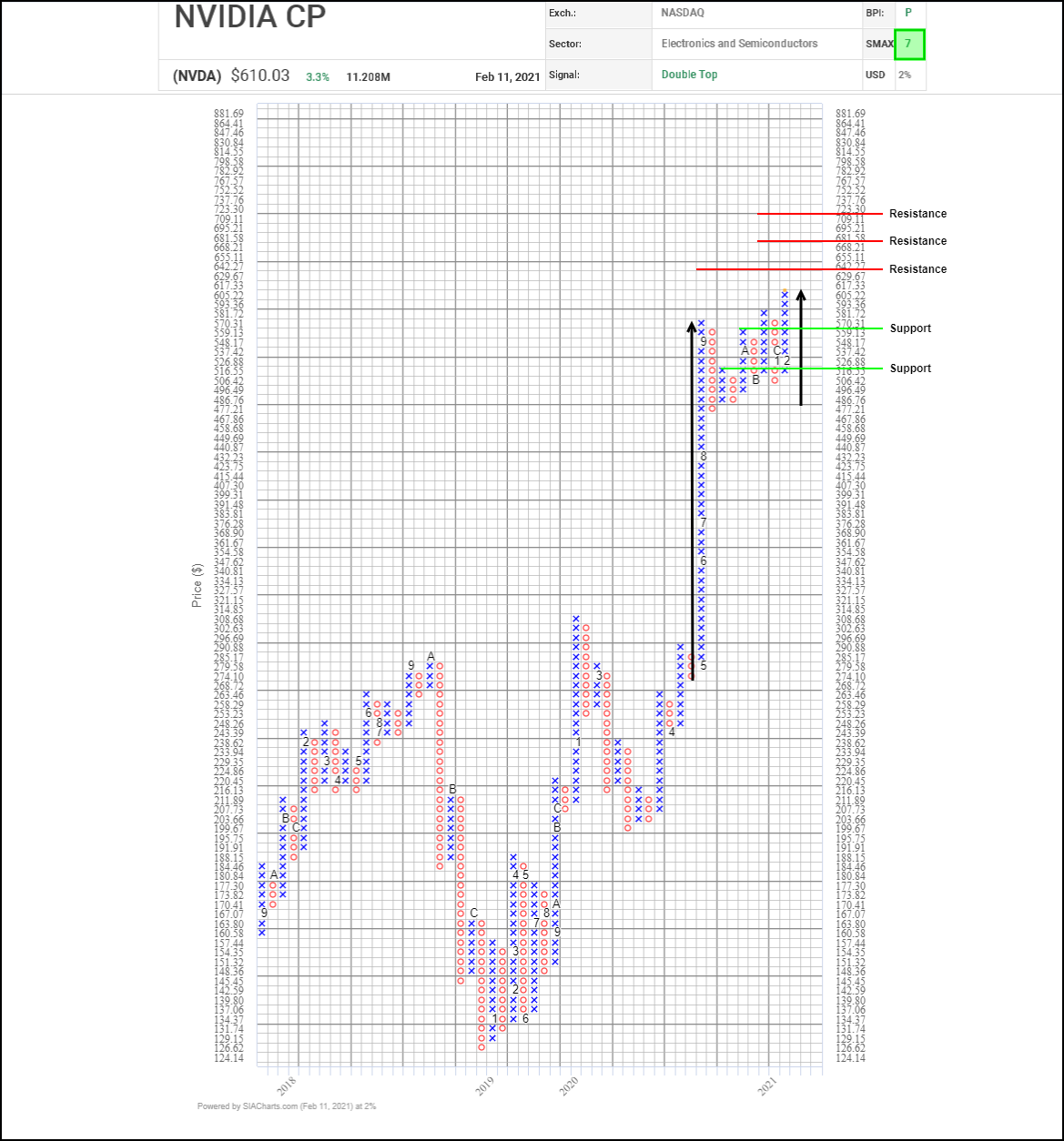