Since November, ATS Automation Tooling Systems (ATA.TO) has been trending upward within the SIA S&P/TSX Composite Index Report. It recently returned to the Green Favored Zone for the first time since June and continues to climb. Currently in 35th place after rising 9 spots yesterday, the shares have moved up 32 spots in the last month.

A major breakout is underway in ATS Automation (ATA.TO) shares. ATA.TO had spent much of the last three years stuck in a sideways trading range between $13.25 and $25,00, mainly between $15.00 and $22.50. The shares came under renewed accumulation starting back in October. In December, the shares broke out over $22.50, and retested it as new support, a bullish sign. In the last three weeks, the shares have blasted through $25.00, confirming the start of a new uptrend and have continued to climb, advancing on $30.00.

Measured moves from the narrower and wider sideways ranges of the last few years suggest potential upside resistance tests near $30.00, $31.75, and $37.50 on trend. Initial support moves up toward $26.00 from the $25.00 breakout point. 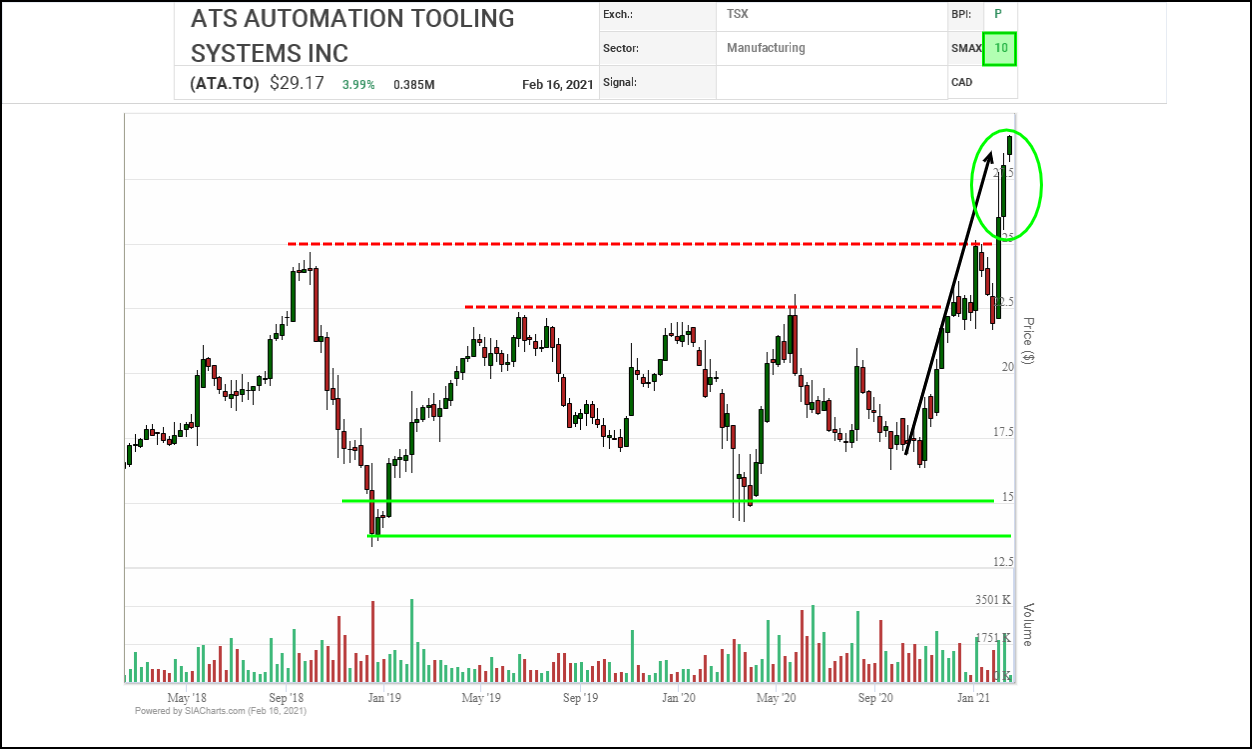 Since successfully retesting a long-term uptrend support back in October, ATS Automation (ATA.TO) shares have been under renewed accumulation. Since October, strong advances have formed two high poles with a correction in between. Over that time, the shares have completed a series of bullish Double Top and Spread Double Top patterns which remain active.

With its bullish SMAX score increasing to a perfect 10 ATA.TO is exhibiting near-term strength across the asset classes. 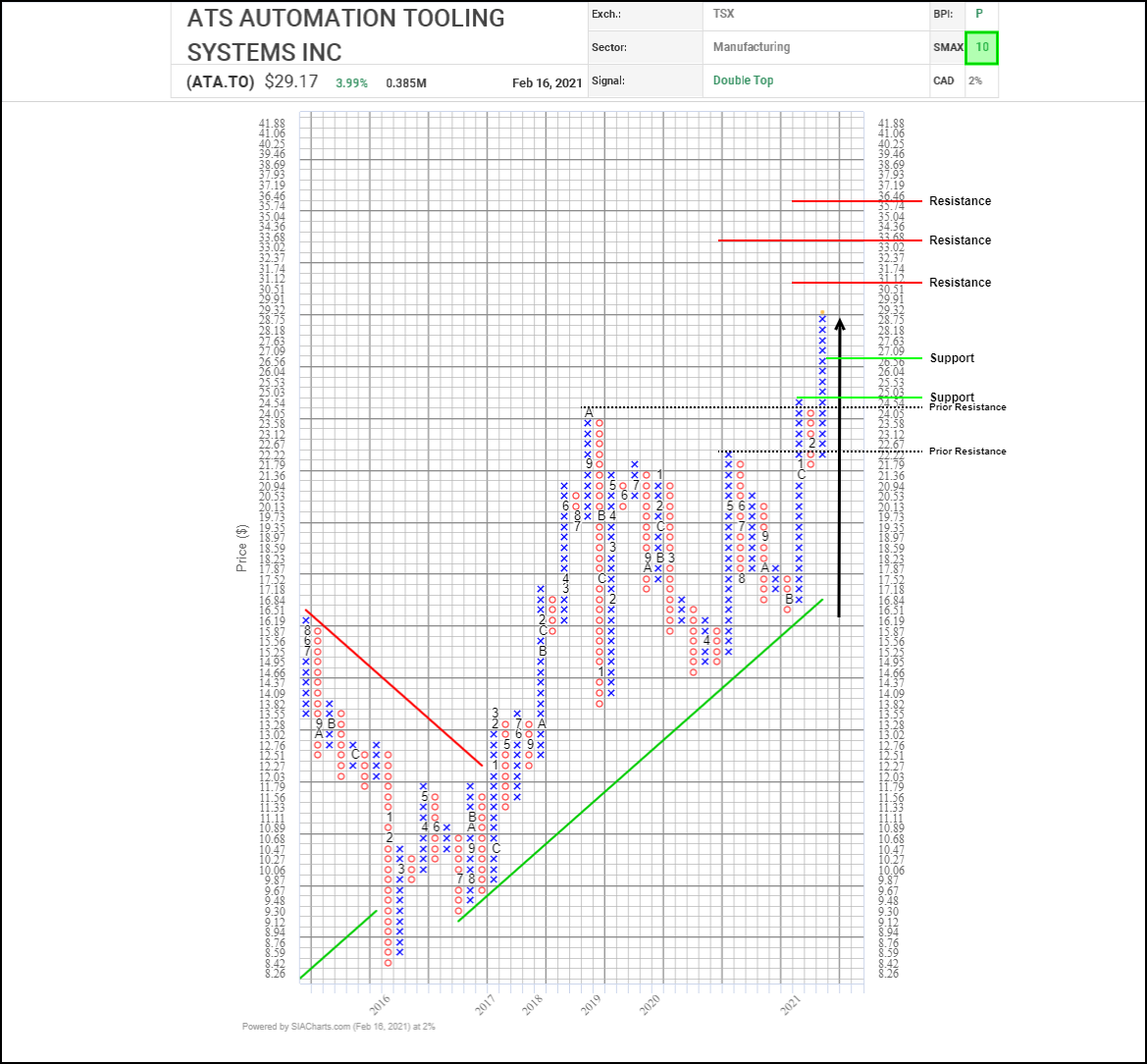