This one is a bit different from the stocks we usually look at in the Daily Stock Report. On what was a relatively quiet day in the markets, Kraft Heinz (KHC) staged an aggressive move upward in the rankings of the SIA S&P 500 Index Report, climbing 17 spots in one day to 41st place, up 44 spots from a month ago.

After last leaving the green zone in May of 2017, Kraft Heinz spent from late 2017 to early 2020 stuck in the red unfavored zone. Yesterday, the shares upward charge carried them back up into the Yellow Neutral Zone for the second time in the last ten months. A major breakout is underway in Kraft Heinz (KHC) shares this week. Last year, a long-term downtrend bottomed out near $20.00 and after an initial rebound, the shares settled into a $28.50 to $35.50 range where it continued base building. This week, the share have broken out over $35.50, completing a bullish Ascending Triangle pattern and signaling the start of a new upleg.

Initial upside resistance appears in the $42.50 to $43.00 area where two measured moves converge with an early 2019 peak, then the $50.00 to $53.75 area where multiple measured moves and a big round number cluster. Initial support appears at the $35.50 breakout point.

Kraft Heinz (KHC) has come under renewed accumulation recently. A breakout earlier this month over $36.00 completed a bullish Spread Triple Top pattern, ending a consolidation phase and signaling the start of a new advance.

Next potential upside resistance appears near $43.45 where a horizontal count, downtrend line, and previous column high converge, followed by $46.10 based on a horizontal count, the $50.00 round number, and $55.10 based on a vertical count up from a previous breakout pole. Initial support appears in the $34.95 to $35.65 area where a 3-box reversal, round number and recent breakout point cluster.

With a bullish SMAX score of 7, KHC is exhibiting near-term strength against the asset classes. 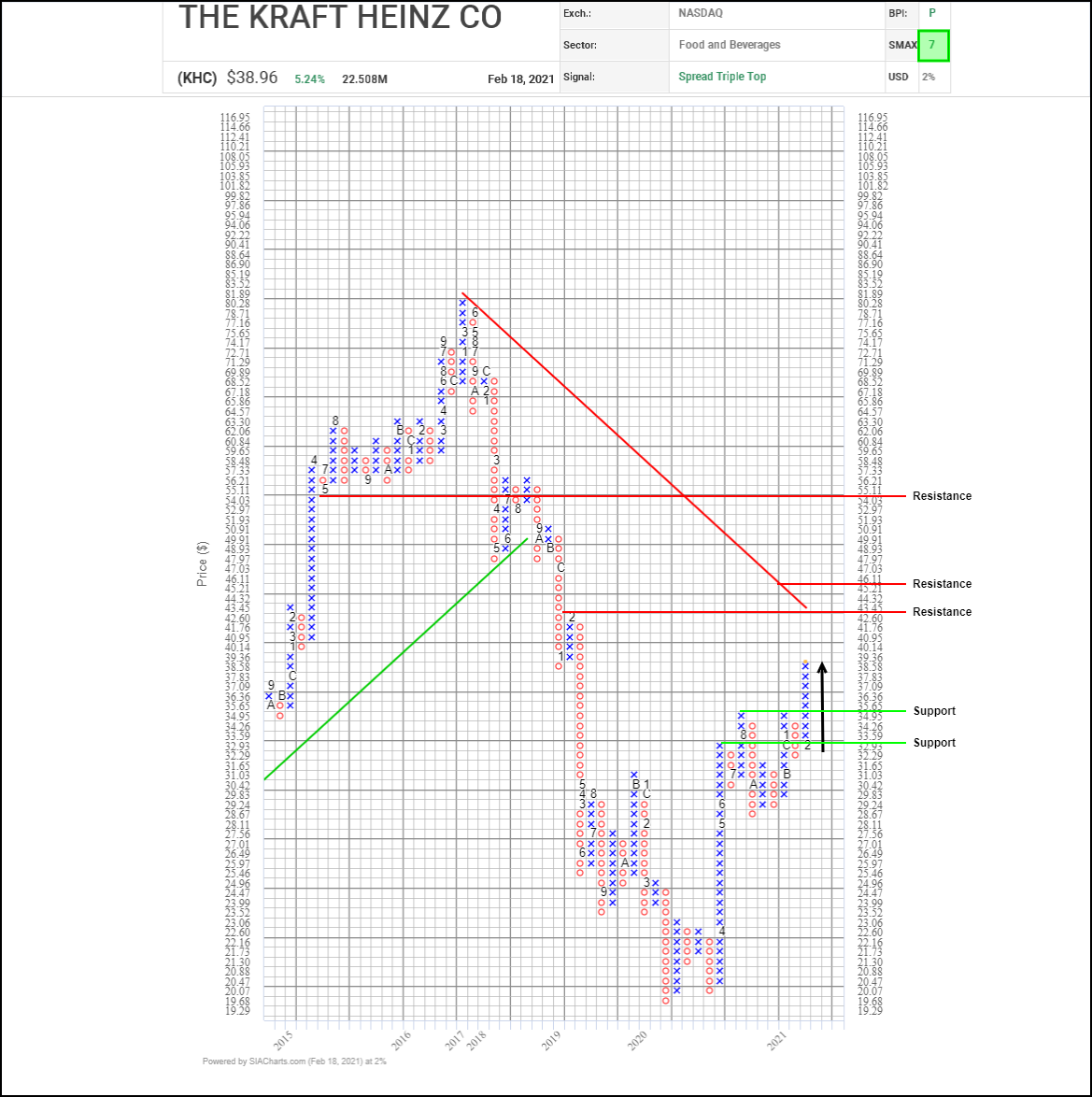