Shopping mall owner Simon Property Group (SPG) has climbed into first place in the SIA S&P 100 Index Report after climbing one spot yesterday and eleven places over the last week. After spending from the fall of 2016 to the spring of 2020 stuck in the red and yellow zones, the shares have been steadily moving up the rankings for about ten months now and have consistently been in the Green Favored Zone since November.

Since we last mentioned SPG in the November 20th issue of the Daily Stock Report, the shares are up 42.7%. Accumulation in Simon Property Group (SPG) shares continues to accelerate. Back in November, the shares completed a bullish Ascending Triangle base and haven’t looked back, building an uptrend of higher lows, snapping a downtrend line, regaining the $100.00 level and continuing to climb toward its highest levels in nearly a year. 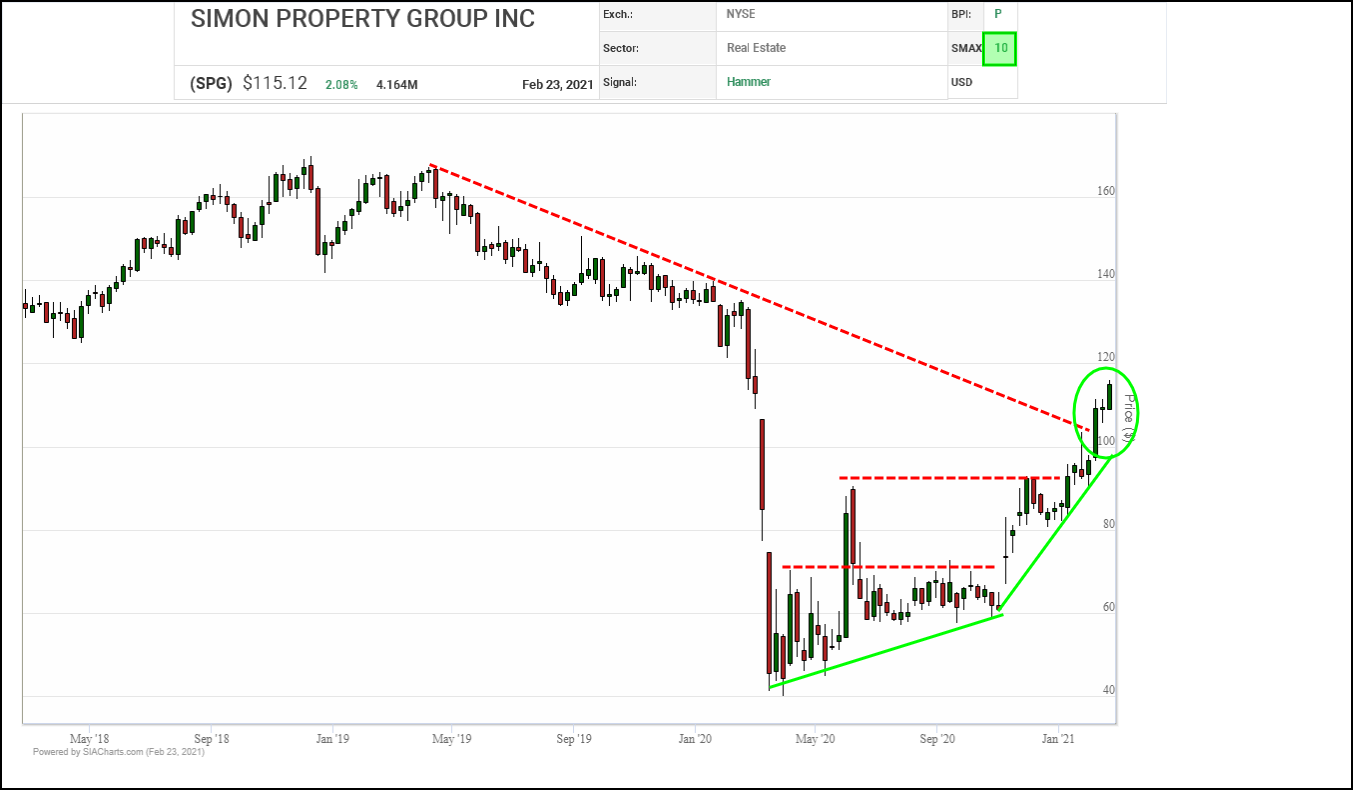 Simon Property Group (SPG) shares have been under increased accumulation since November, embarking on an uptrend of higher lows, snapping out of a downtrend, completing a series of bullish Double Top breakouts, regaining $100.00, and continuing to climb.

Next potential upside resistance tests appear near $126.40, $142.35 and $151.00 based on a combination of vertical/horizontal counts, and previous column highs/lows. Initial support appears near $105.75 based on a 3-box reversal.

With a perfect SMAX score of 10, SPG is exhibiting near-term strength across the asset classes. 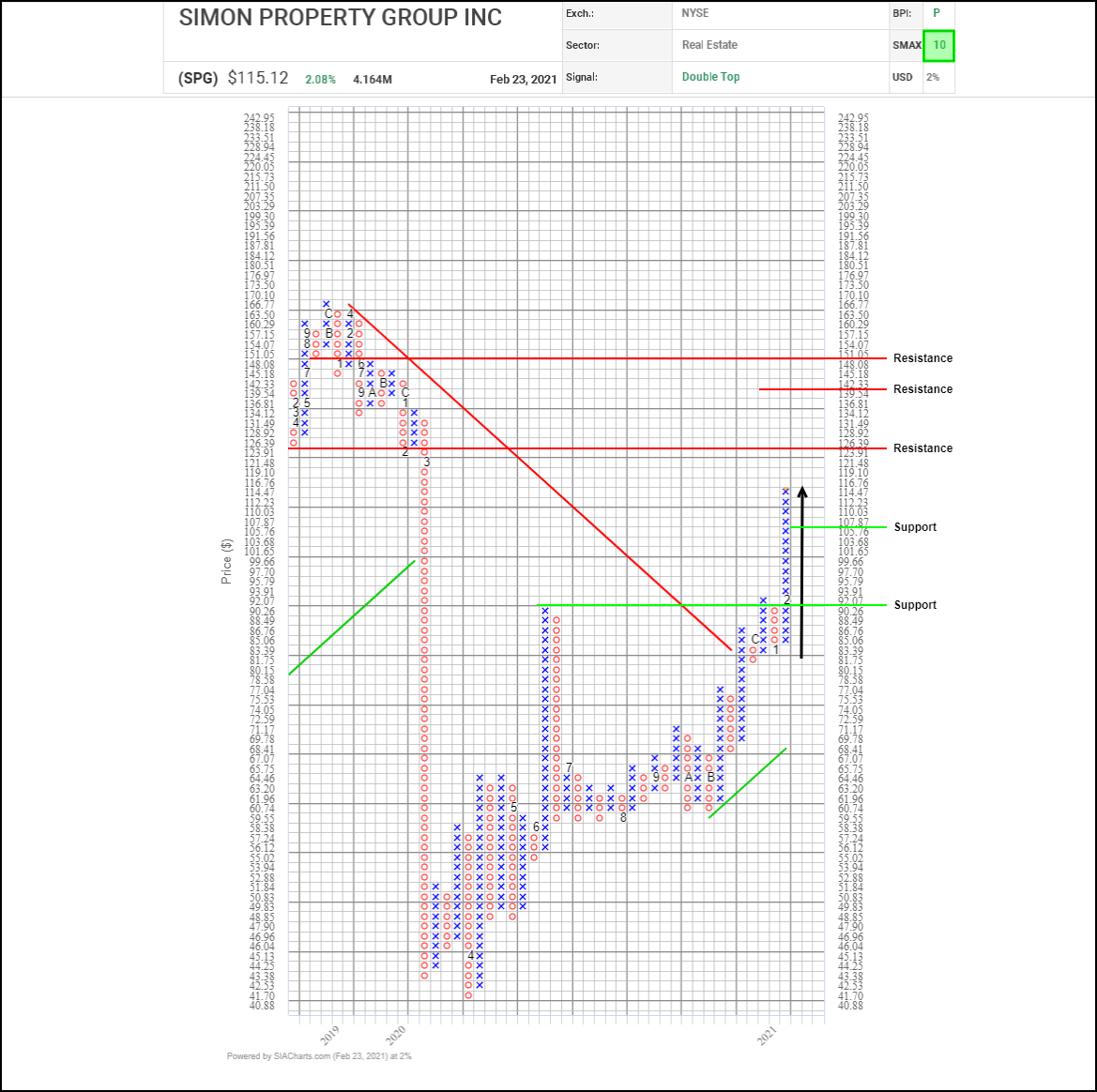