Recovering from a brief dip into the red zone, Boeing (BA) has returned to the Green Favored Zone of the SIA S&P 100 Index Report for the first time in about two months. The shares finished Friday in 21st place, up 11 spots on the day and up 45 spots over the last month.

A major breakout is underway in Boeing (BA) shares which completed a large, bullish Ascending Triangle base which took a year to form, and then finished the week by snapping a two-year downtrend line to confirm the start of a new uptrend. For the last three weeks, the shares have been rising on increasing volumes, a sign of increasing accumulation.

Initial upside resistance appears near the $300.00 round number, followed by the $330.00-$340.00 and $380.00-$390.00 areas where the old support and resistance boundaries of a previous trading range coincide with measured moves from various parts of the triangle. Initial support appears at the $240.00 breakout point. 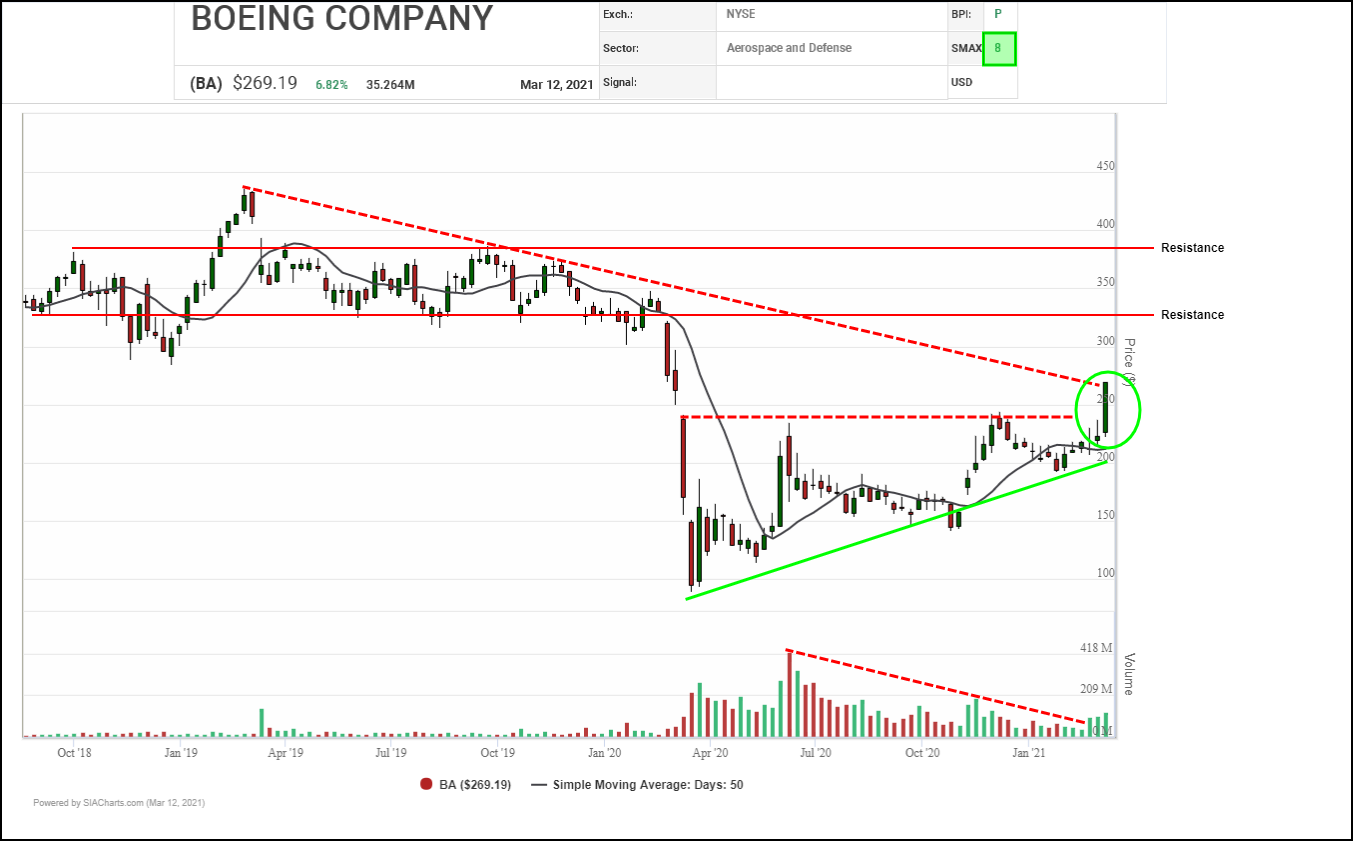 Back in November-December, Boeing (BA) confirmed the start of a new uptrend by snapping a downtrend resistance line and clearing its June 2020 high. The shares then went sideways for three months forming a neutral symmetrical triangle, which is indicative of a consolidation phase. This month, the shares have embarked on a new upleg breaking through $240.00 to complete a bullish Spread Double Top pattern and reach their highest levels in nearly a year.

Next potential upside resistance appears in the $300.00 to $322.05 area where a round number, vertical and horizontal counts, and multiple previous column lows cluster, then $355.55 where a horizonal count converges with previous support/resistance. Initial support appears near $244.05 based on a 3-box reversal.

With a bullish SMAX score of 8, BA is exhibiting near-term strength against the asset classes. 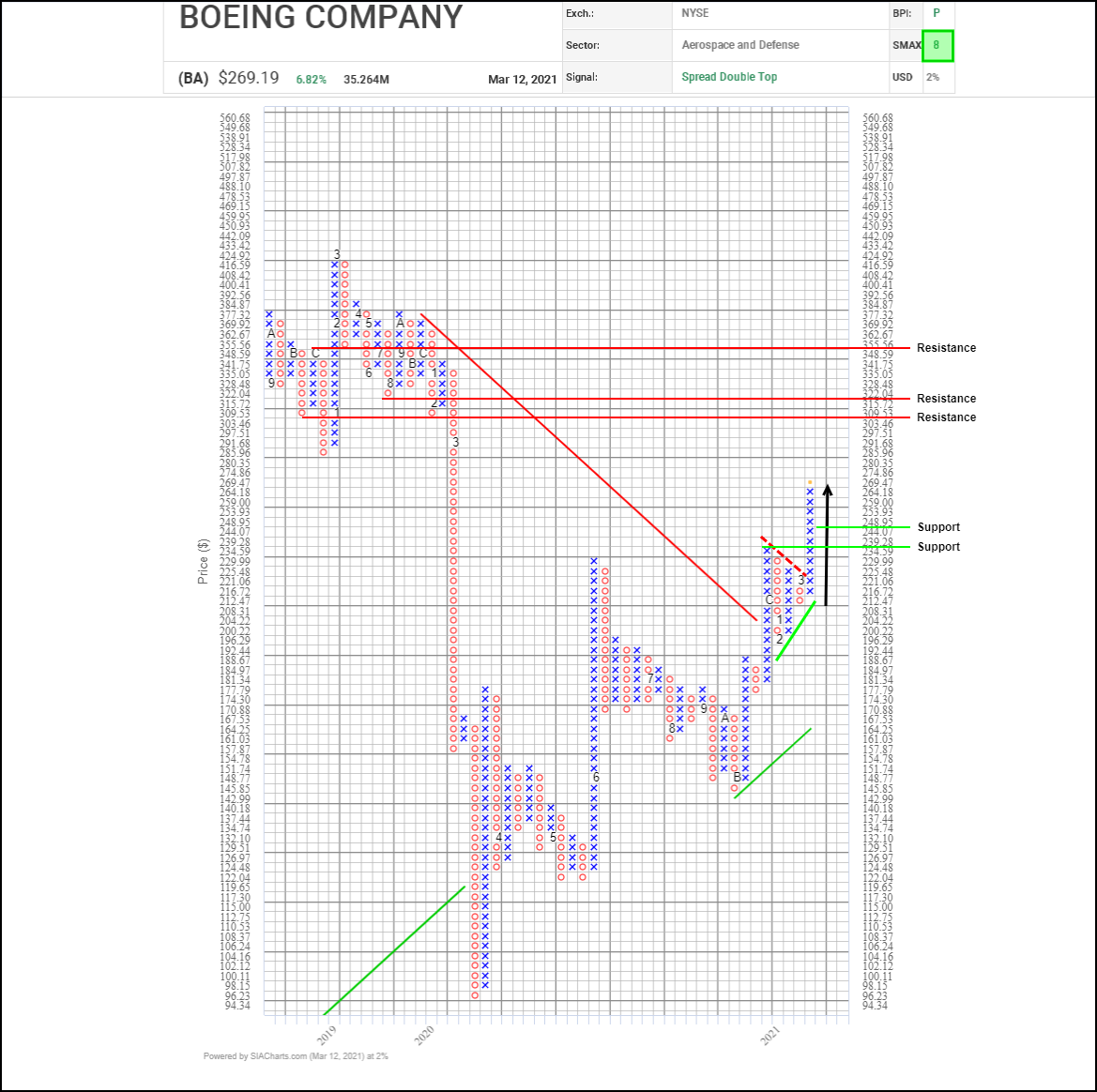