Bank of Montreal (BMO) has climbed back up into the Green Favored Zone of the SIA S&P/TSX 60 Index Report after rising two spots in the relative strength ranking yesterday to 12th place.

Bank of Montreal (BMO.TO) shares have been under accumulation since bottoming out nearly a year ago, stringing together a series of positive technical signals. These include: regaining their 50-day moving average in May then consistently holding near or above it, establishing an upward trend of higher lows, completing a bullish Ascending Triangle base last fall, breaking through the top of an old trading channel and then through $100.00 back in December, and rallying up to new highs near $110.00 recently.

Based on measured moves from completed patterns and previous trading ranges, next potential upside resistance on trend appears near $118.00, and then $130.00 along with the $125.00 round number. Initial support appears in the $100.00 to $102.00 range between a round number and the 50-day average. 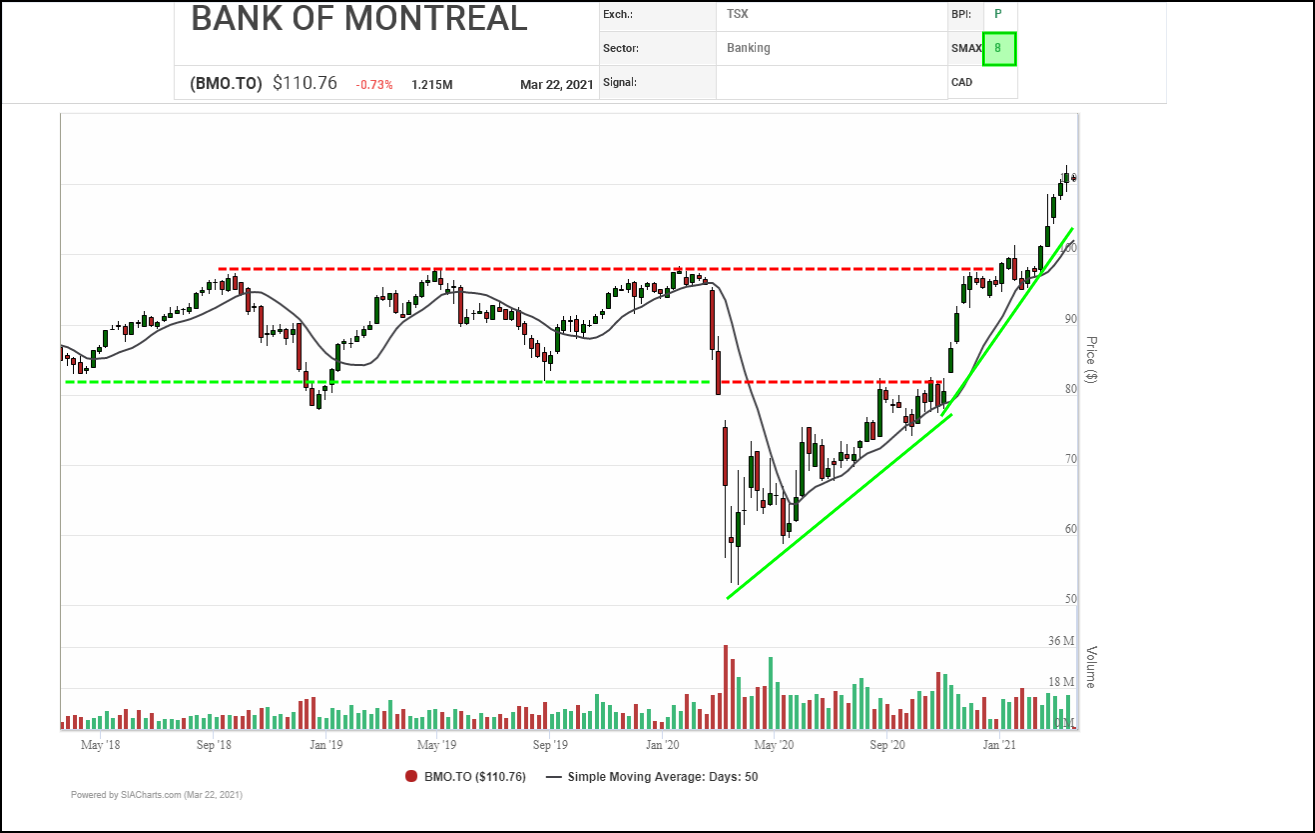 Accumulation in Bank of Montreal (BMO.TO) shares continues with a high pole continuing to form as the shares continue to build on their recent breakout over $100.00 and keep advancing to new all-time highs above $110.00. Based on vertical and horizontal counts from the series of bullish Double Top, Spread Double Top, and Triple Top patterns that have emerged over the last year, next potential resistance appears near the $120.00 round number, then $129.80. Initial support appears near $102.35 based on a 3-box reversal.

With a bullish SMAX score of 8, BMO.TO is exhibiting near-term strength against the asset classes. 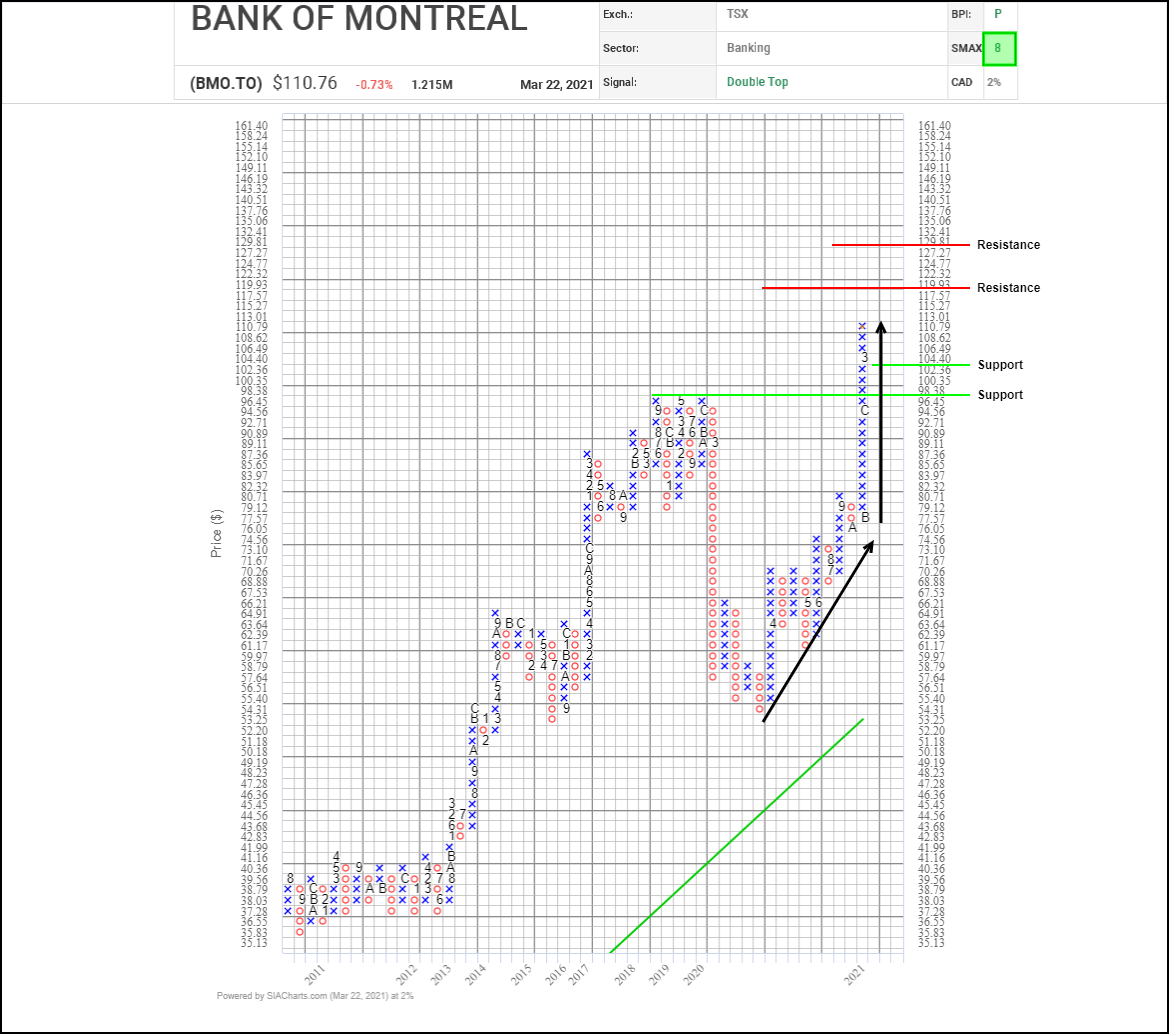