With gains of 5 spots yesterday and 44 spots in the last month, insurer Prudential Financial (PRU) has returned to the Green Favored Zone of the SIA S&P 500 Index Report for the first time since the summer of 2017.

Over the last year, a steady uptrend has emerged in Prudential Financial (PRU) built on a series of consistently higher lows and positive breakout signals including the completion of a bullish Ascending Triangle over $70.00 back in November, and the snapping of a downtrend line near $82.50 in February.

Currently the shares are trading near $90.00 with initial resistance possible at the top of a previous $70.00 to $95.00 trading range, followed on trend by the $100.00 round number, and then the $105.00 to $109.00 range where the shares 2018 peak and a measured move from the triangle converge. Initial support appears near $82.50 where an underlying bullish trend support line and a recent breakout point retest converge. 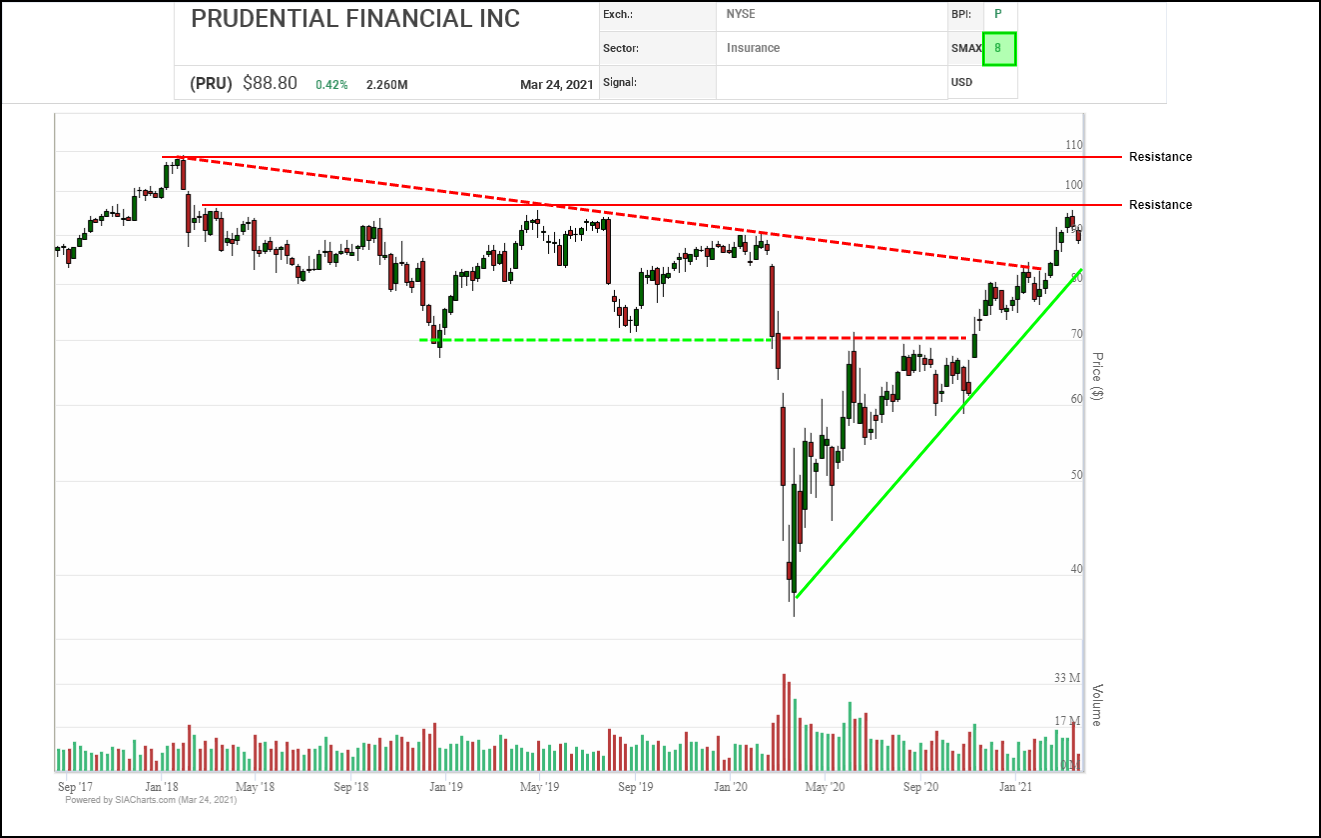 Although Prudential Financial (PRU) shares have slipped back in the last few days, so far this has only been a minor correction within an upward trend that started about a year ago. The current High Pole Remains intact and several of the positive pattern breakouts over the last several months remain active including multiple Double Tops, a Spread Double Top and a Spread Triple Top

With a bullish SMAX score of 8, PRU is exhibiting near-term strength against the asset classes. 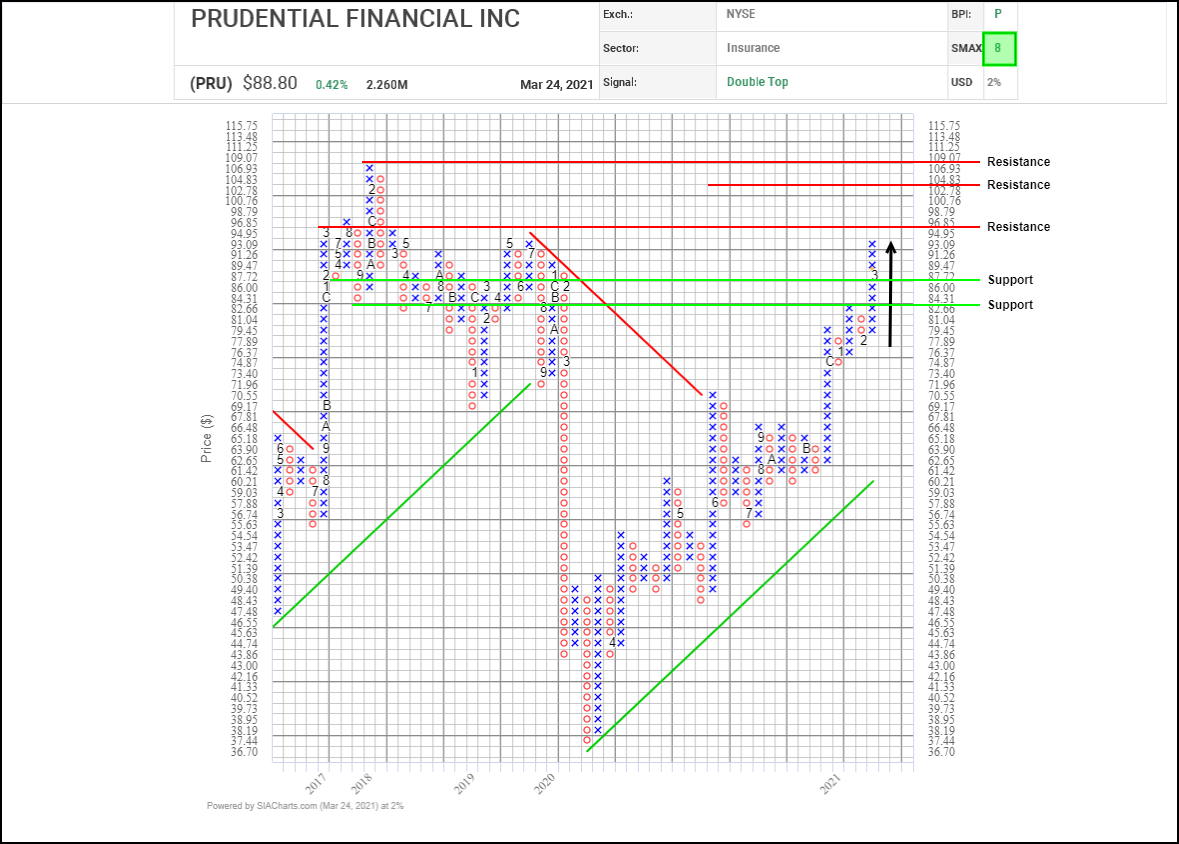