Green vehicle producer Tesla (TSLA) continues to climb its way back up the rankings in the SIA S&P 100 Index Report, returning to the Green Favored Zone from recent dips into the red and yellow zones. Yesterday it moved up 18 spots to 7th place.

At the start of this month, Tesla (TSLA) shares snapped a downtrend line, indicating accumulation was resuming, and yesterday, they confirmed that an upswing is underway with a decisive breakout on an uptick in volume over the $700 round number, which completed a bullish Ascending Triangle base.

Initial upside resistance appears near the $800 and $900 round numbers, the boundaries of a trading range which persisted through January and part of February, with $900 also aligning with a measured move from the triangle. A breakout there to a new high would confirm that the long-term uptrend has resumed with next potential resistance possible near $1,000 where a round number and multiple measured moves converge. Initial support appears at the $700 round number and breakout point. 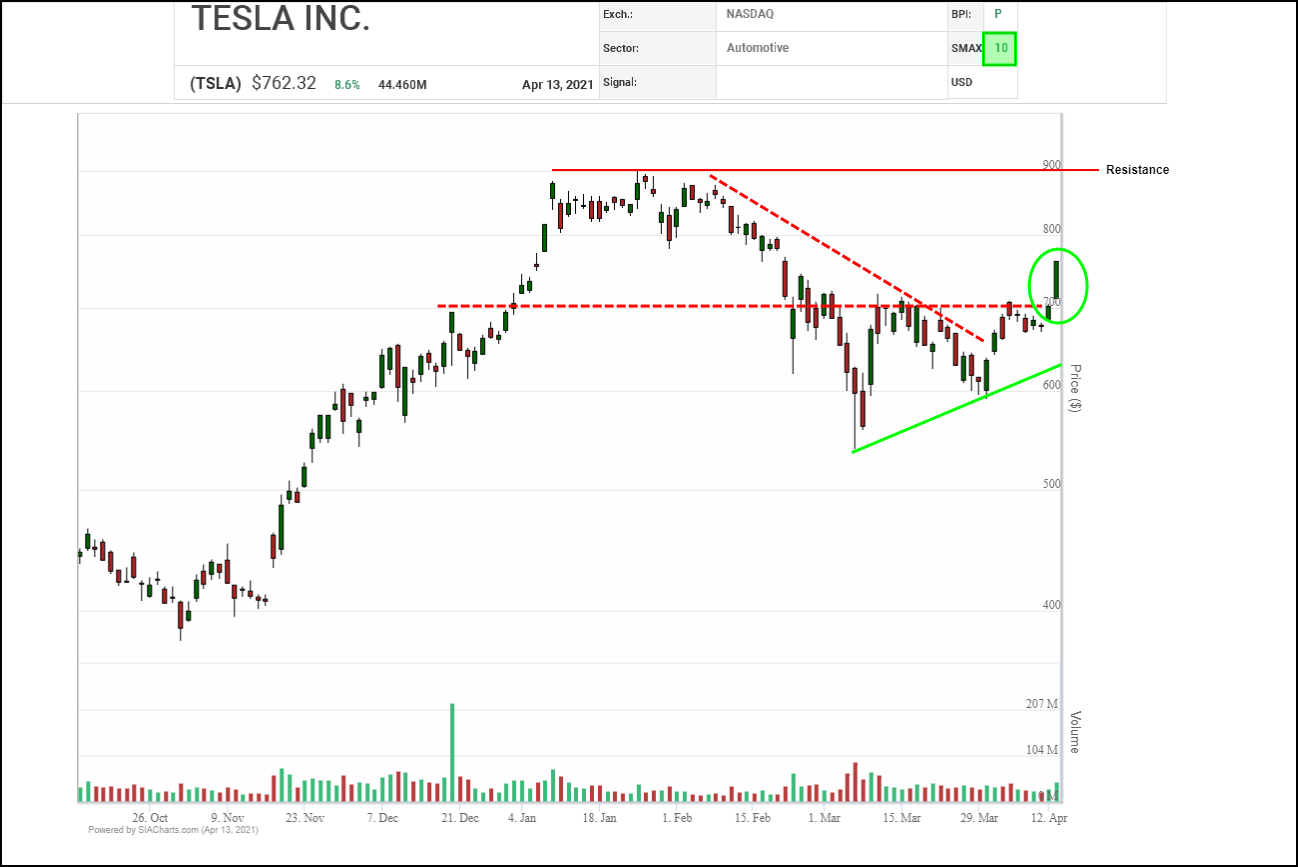 A significant correction in Tesla (TSLA) shares that saw them drop from near $890 toward $550 appears to have run its course with signs emerging that their primary uptrend has resumed. Yesterday, the shares completed a bullish Double Top pattern clearing $700 and then regaining the $750 round number, both signaling the start of a new upswing.

Initial resistance appears near $805, a recent breakdown point, followed by the winter highs near $890. A breakout there to new highs would signal the start of a new advance with next resistance after that possible near the $1,000 round number, then $1,040 based on a horizontal count and $1,060 based on a vertical count. Initial support appears near $700 where a round number and a 3-box reversal converge.

With its bullish SMAX score increasing to a perfect 10, TSLA is exhibiting near-term strength across the asset classes. 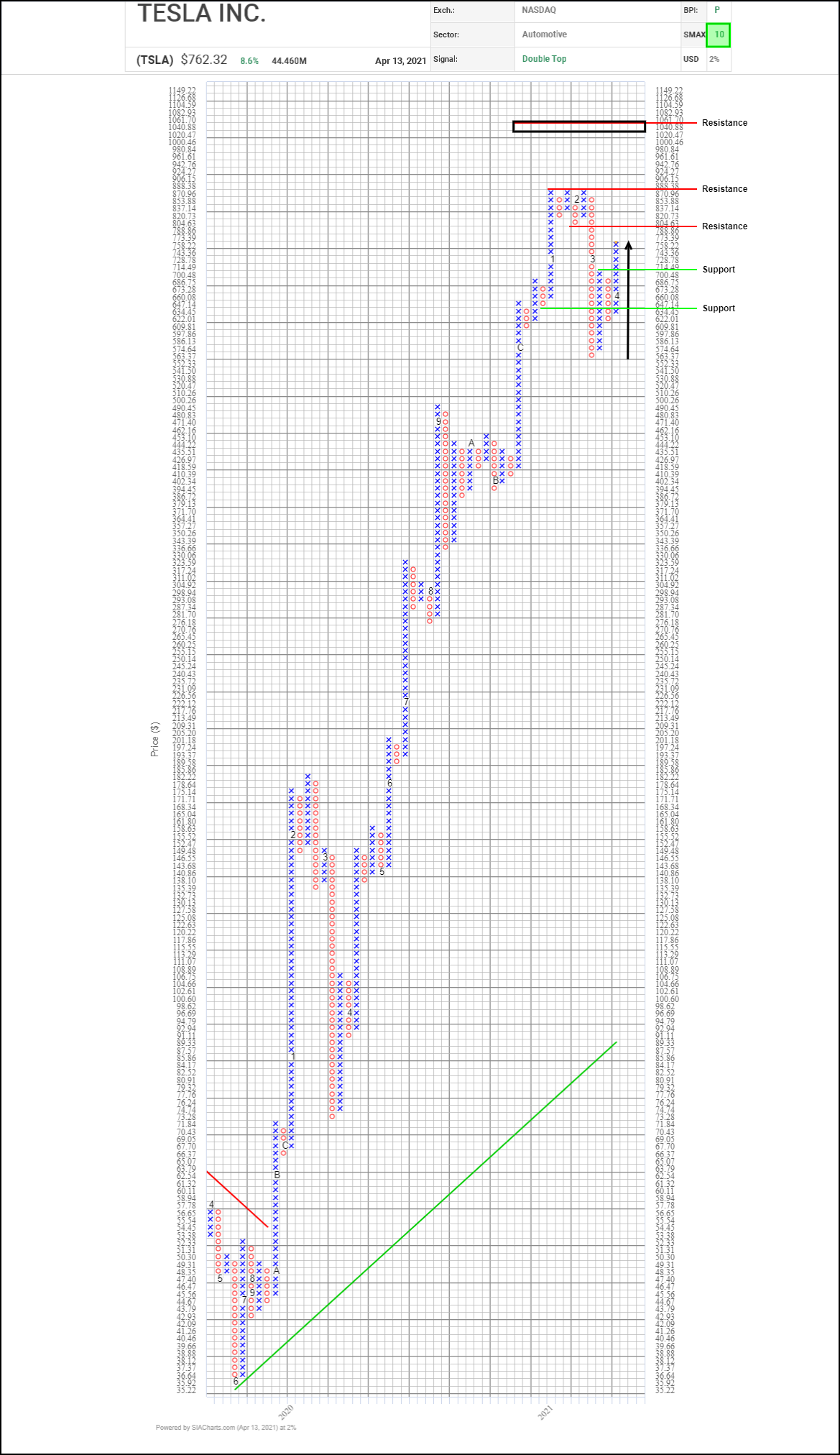