Occidental Petroleum (OXY) continues to steadily march toward the top of the Green Favored Zone of the SIA S&P 500 Index Report. On Friday, the shares finished in 7th place, up 3 spots on the day and up 245 places in the last month.

Occidental Petroleum (OXY) staged a major breakout last week over $42.50, completing a bullish Ascending Triangle pattern. Not only did this end a three-month period of consolidation, it signaled the start of a new upleg within an upward trend of higher lows that started in late 2020.

Upside resistance may first appear near the $40.00 round number, then near $42.50 and $47.50 on trend where previous highs and measured moves converge. Initial support appears near $30.00. 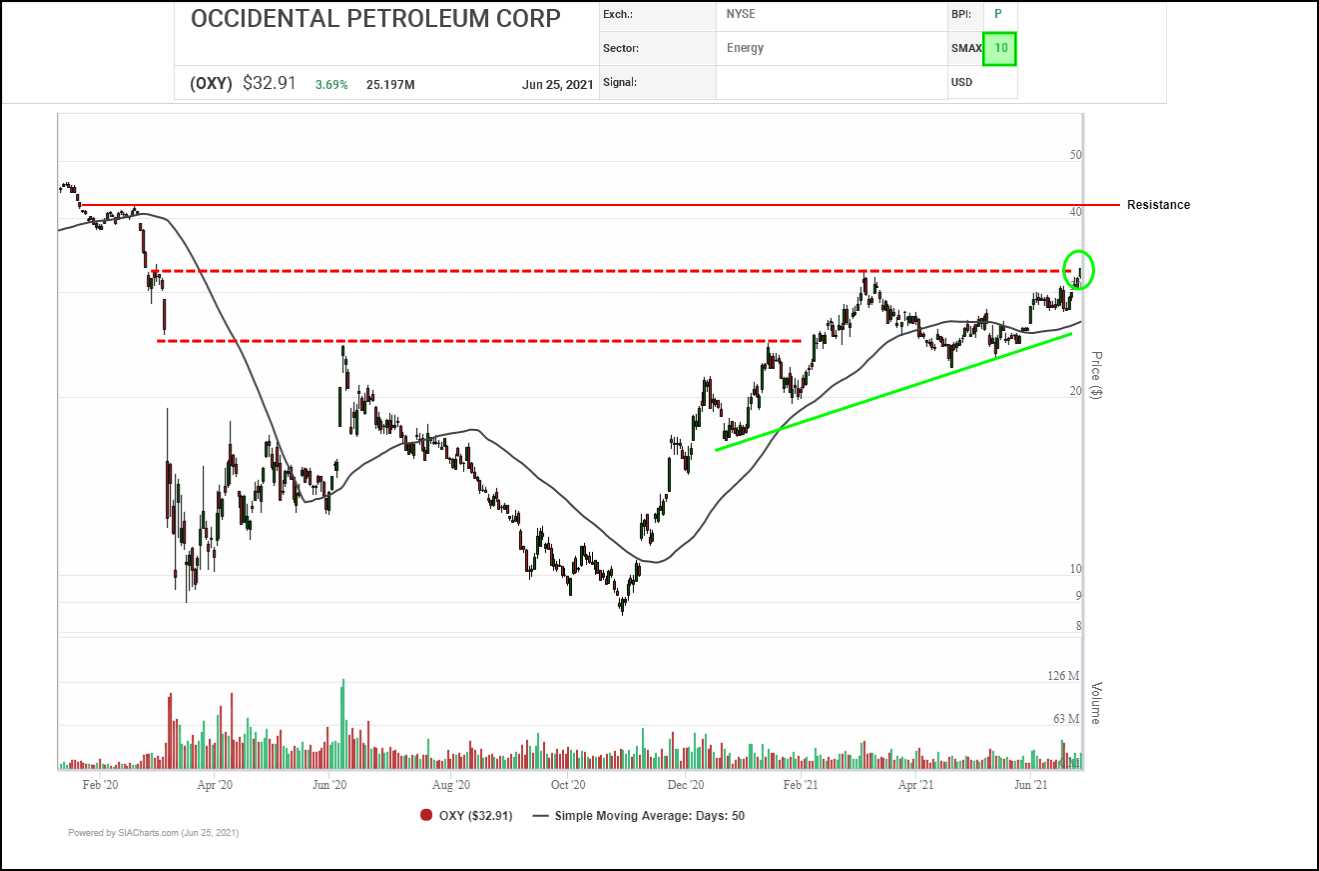 Back in February, Occidental Petroleum (OXY) shares snapped a long-term downtrend line, signaling that a new uptrend had commenced. After rallying into March, the shares then spent three months consolidating their gains. Last week, OXY broke out over $31.25, completing a bullish Spread Triple Top pattern and signaling that accumulation has resumed.

With a perfect SMAX score of 10, OXY is exhibiting strength across the asset classes. 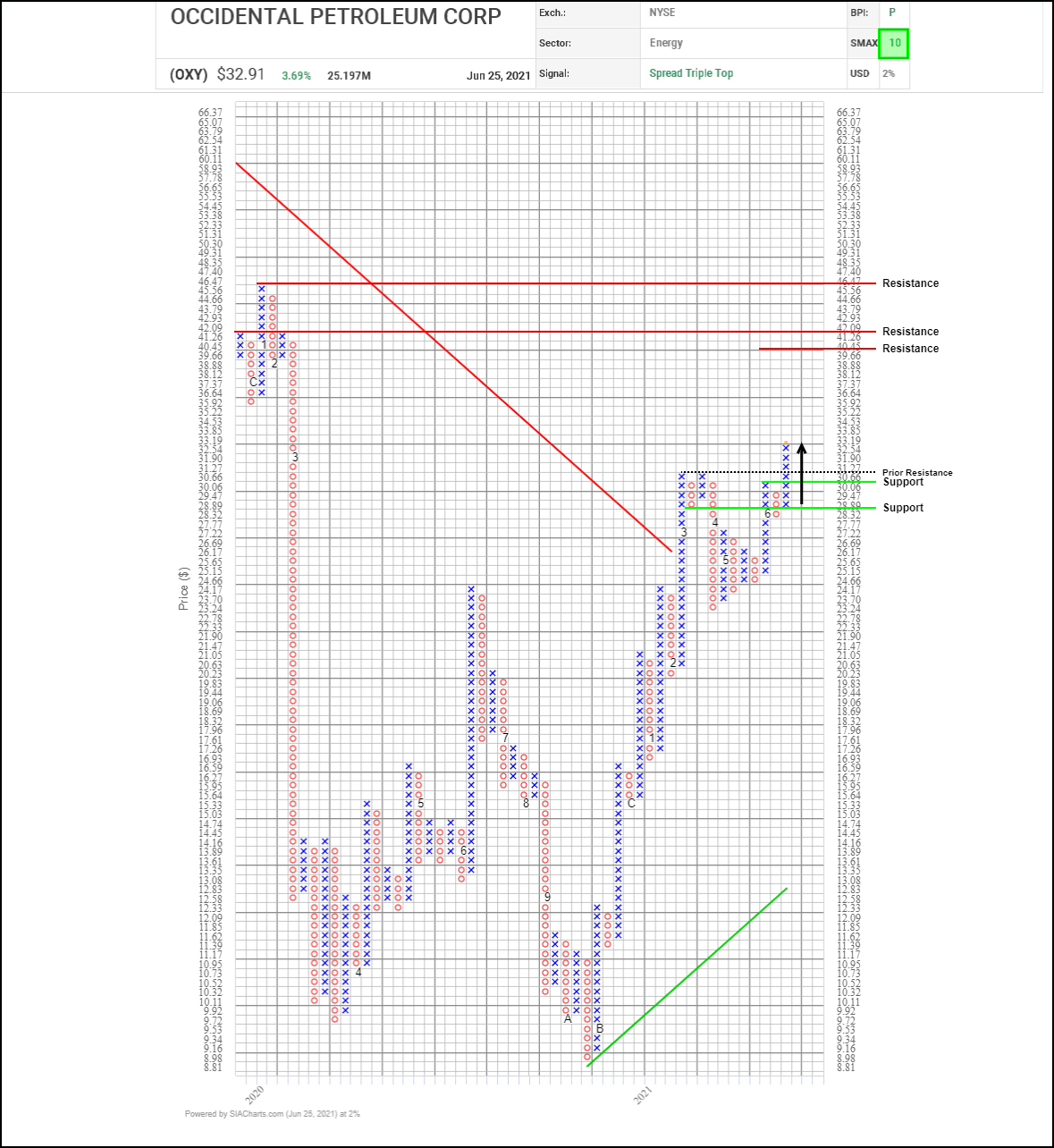