Athletic clothing producer Gildan Activewear (GIL.TO)* remains near the Green Favored Zone in the SIA S&P/TSX 60 Index Report finishing in 4th place on Friday. Since we last mentioned Gildan in the April 13th edition of the Daily Stock Report, the shares have climbed 10.8%, and they are up 70.6% since entering the Green Favored Zone on August 24, 2020.

Since bottoming out in March of 2020, Gildan Activewear (GIL.TO) shares have been under steady accumulation, climbing in a rising channel of higher highs and higher lows. The shares have also completed a series of bullish Ascending Triangle breakouts, including one over $45.00 last week that signaled the start of another upleg. 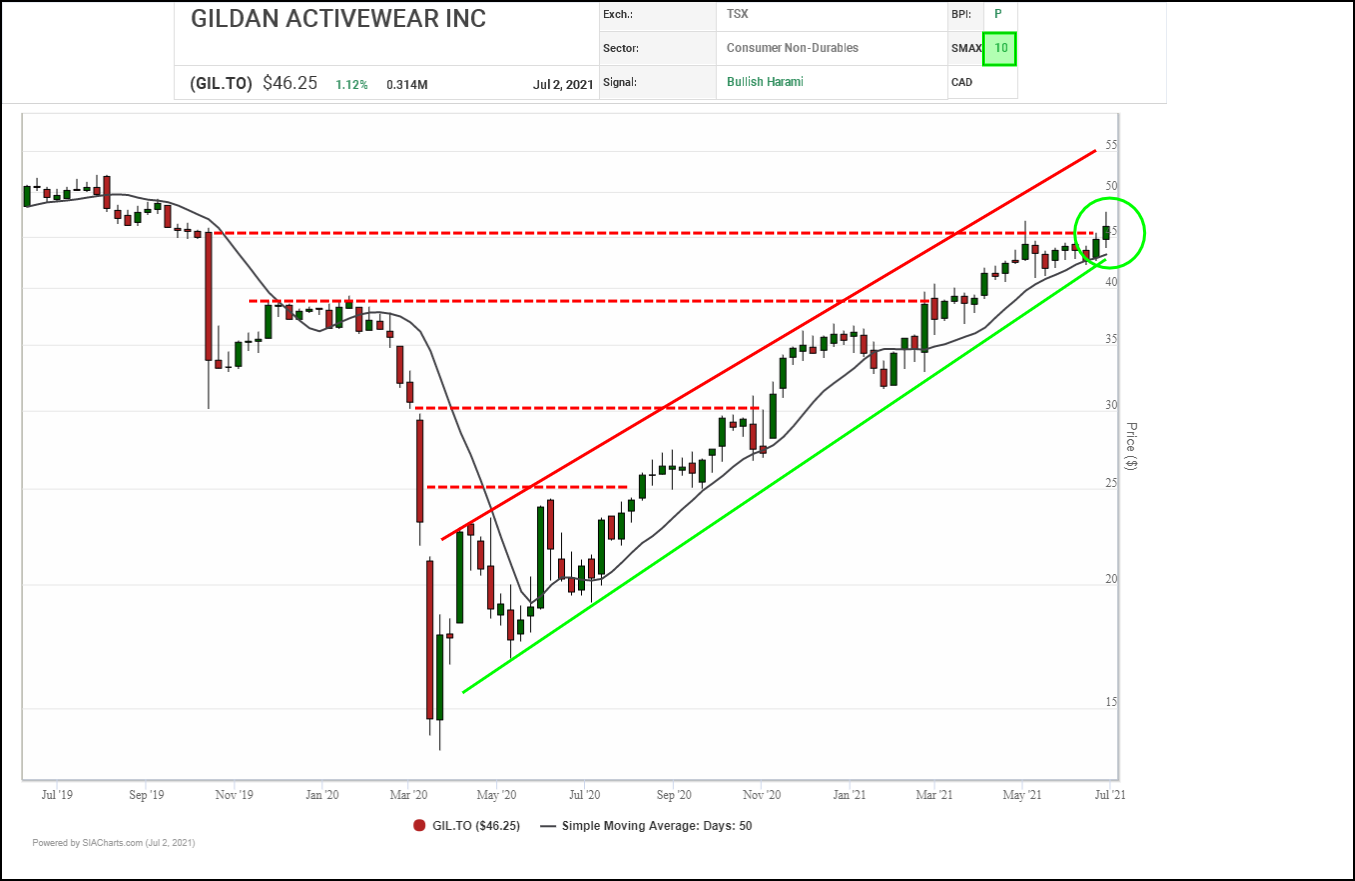 Back in February, Gildan Activewear* (GIL.TO) snapped a downtrend line, and has continued to advance since then. A March breakout signaled the start of a new upleg, with continues to this day with the shares building a high pole and without even a 3-box or 6% correction. Last week, the shares reached their highest level since 2019 confirming continued accumulation.

Next potential upside resistance appears at the previous peak near $51.75, followed by $55.00 based on a vertical count. Initial support appears near $42.45 based on a 3-box reversal.

With a perfect SMAX score of 10, GIL.TO is exhibiting strength across the asset classes. 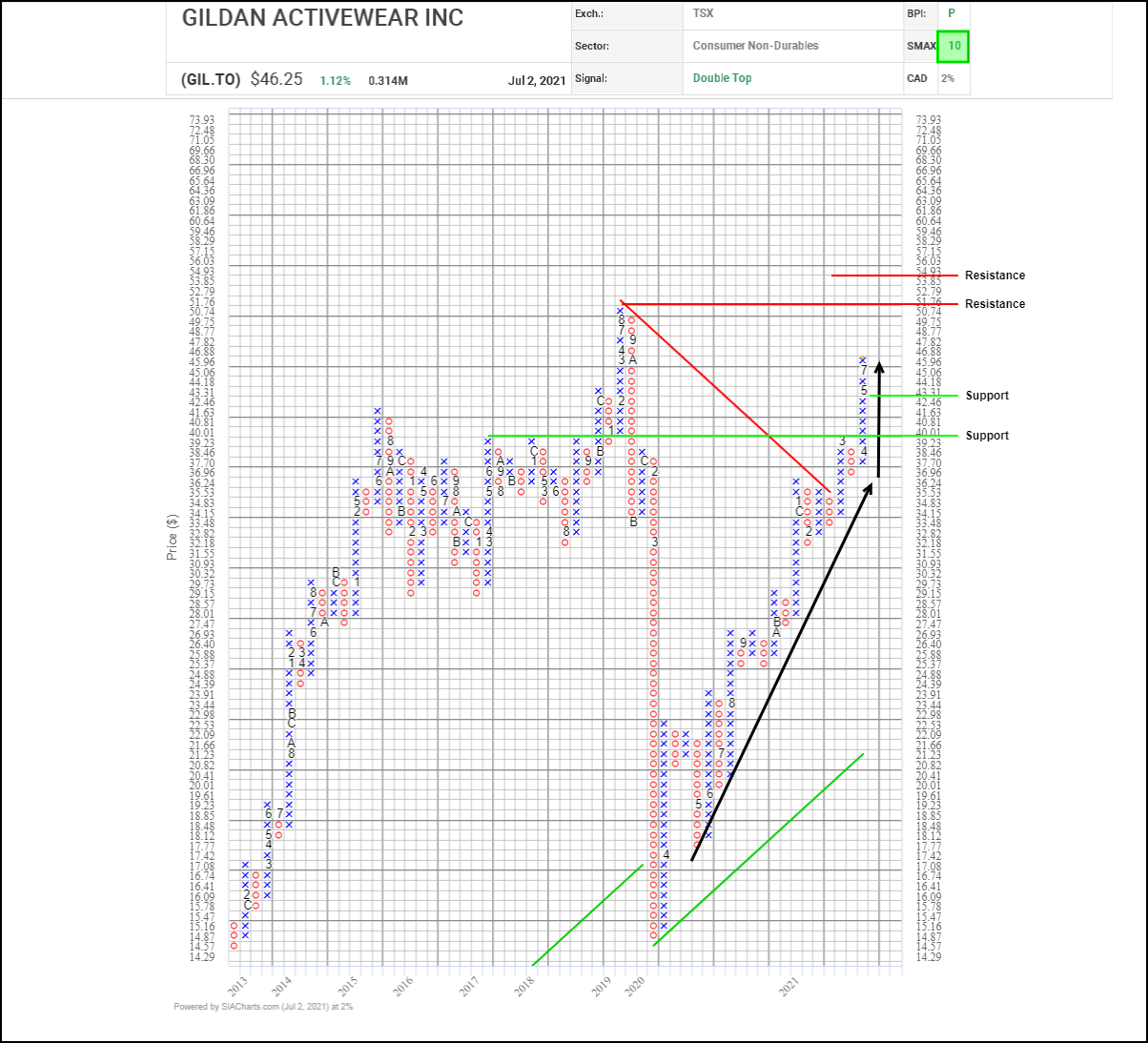