Cosmetics producer Estee Lauder (EL) has returned to the Green Favored Zone in the SIA S&P 500 Index Report from a short dip down into the yellow zone.

A major breakout is underway in Estee Lauder (EL) shares. For over a year, the shares have been trending upward in a step pattern of rallies followed by periods of consolidation at higher levels. Consistently higher lows indicate steady accumulation and consistent investor support.

Recently, the shares had been trading in the $286 to $316 range in a normal consolidation phase. Yesterday, the shares gapped up through $320 to a new all-time high on an increase in volumes, signaling the start of a new rally phase.

Based on a measured move from the recent channel, next potential upside resistance tests appear near $346 and then $376 on trend. Initial support appears near the $316 breakout point, then the $300 round number. 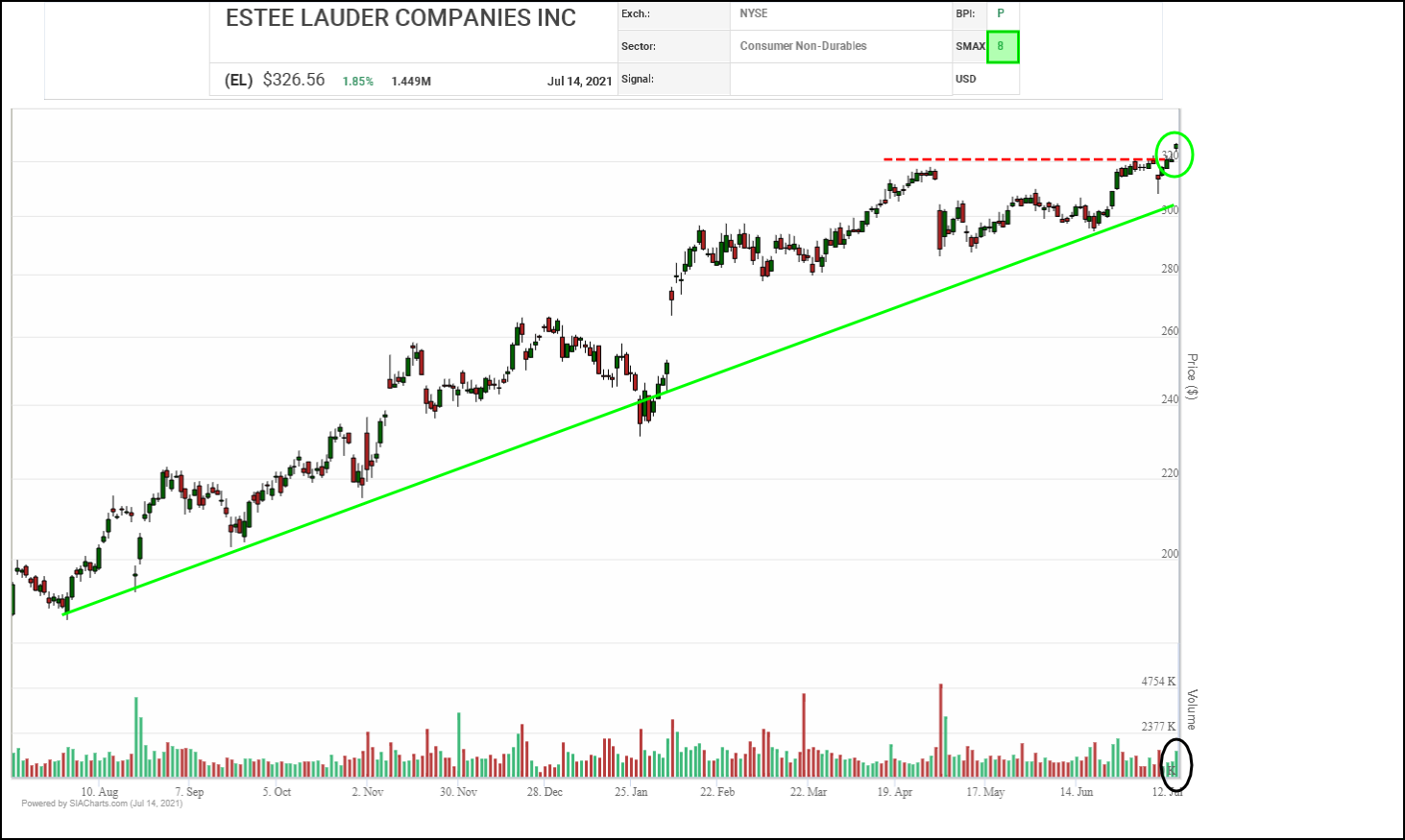 Continuing an upward trend which started with a bullish quadruple top breakout back in May of 2020, and building on last winter’s bullish high pole advance, Estee Lauder (EL) shares have broken out to a new all-time high, completing a bullish Double Top pattern and signaling the start of a new upleg.

With a bullish SMAX score of 8, EL is exhibiting strength against the asset classes. 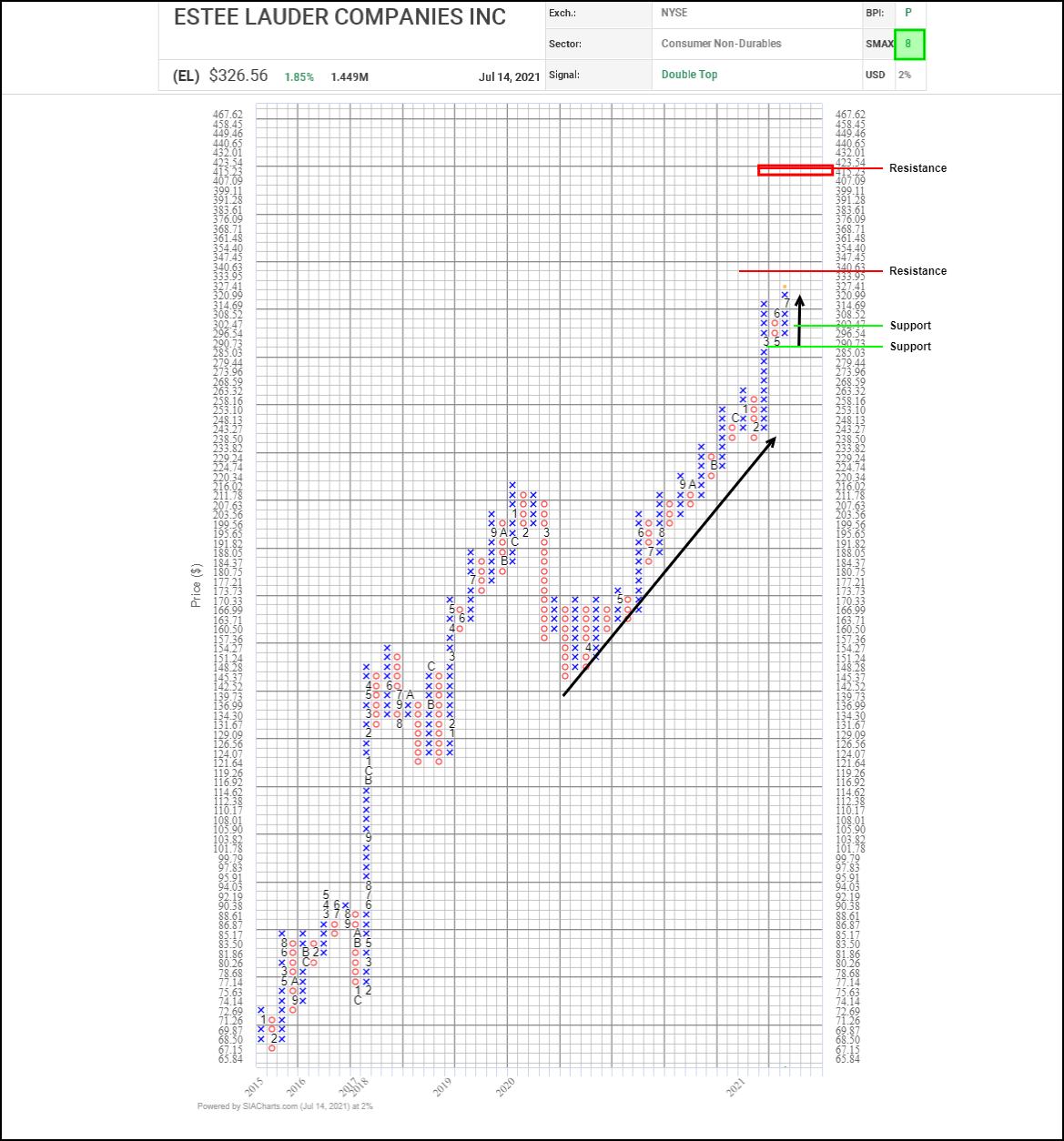