We last reported on Paycom Software (PAYC) in the October 5th, 2020 edition of the DSR. At that time PAYC had returned to the Green Zone for the first time since July after moving up 200 places and rising from the red zone to the Green Favored Zone. After a brief dip into the red unfavored zone, PAYC has caught fire again this month after a positive earnings release after market hours on August 3rd sending the shares rocketing higher over the past 4 trading days and into the Green Favored Zone of the SIA S&P 500 Index Report. Yesterday, the shares made a new all time high closing price of $468.56 and tested the intraday all time high of $471.08 for the first time. Next potential resistance appears near the $500 round number, and after that $514 based on a weekly 100% Fib extension level. Initial support appears in the $432 area where the market opened after the price gapped up on earnings and below that around the $400 round number where price traded just before earnings. 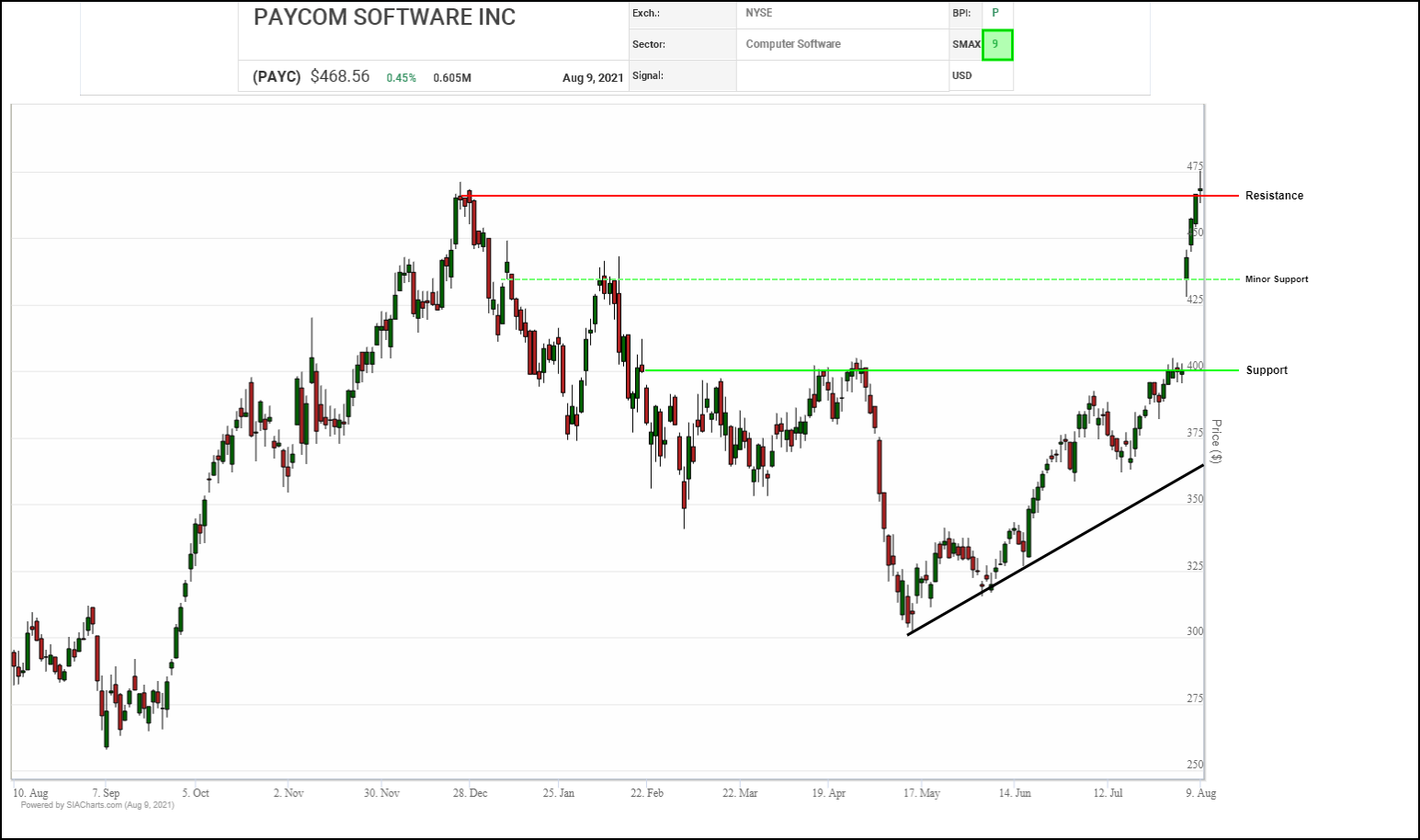 Paycom Software (PAYC) shares spent the last 2 months slowly recovering from a 24% decline between May and June of this year from a sideways consolidation during the first 4 months of the year. In the last few days, they have come under renewed accumulation,

Currently the shares are sitting at resistance in the $472 to $481 area at the previous peak. A breakout to a new high would signal the start of a new advance with next potential resistance test near the $500 round number and above that at $553 based on prior measured moves. Initial support appears near $436 based on a 3-box reversal. Up 113 spots on the week, 150 on the month and 7 over the last trading day within the SIA S&P500 Index Report and with a strong SMAX score of 9, PAYC is exhibiting near-term strength across the asset classes. 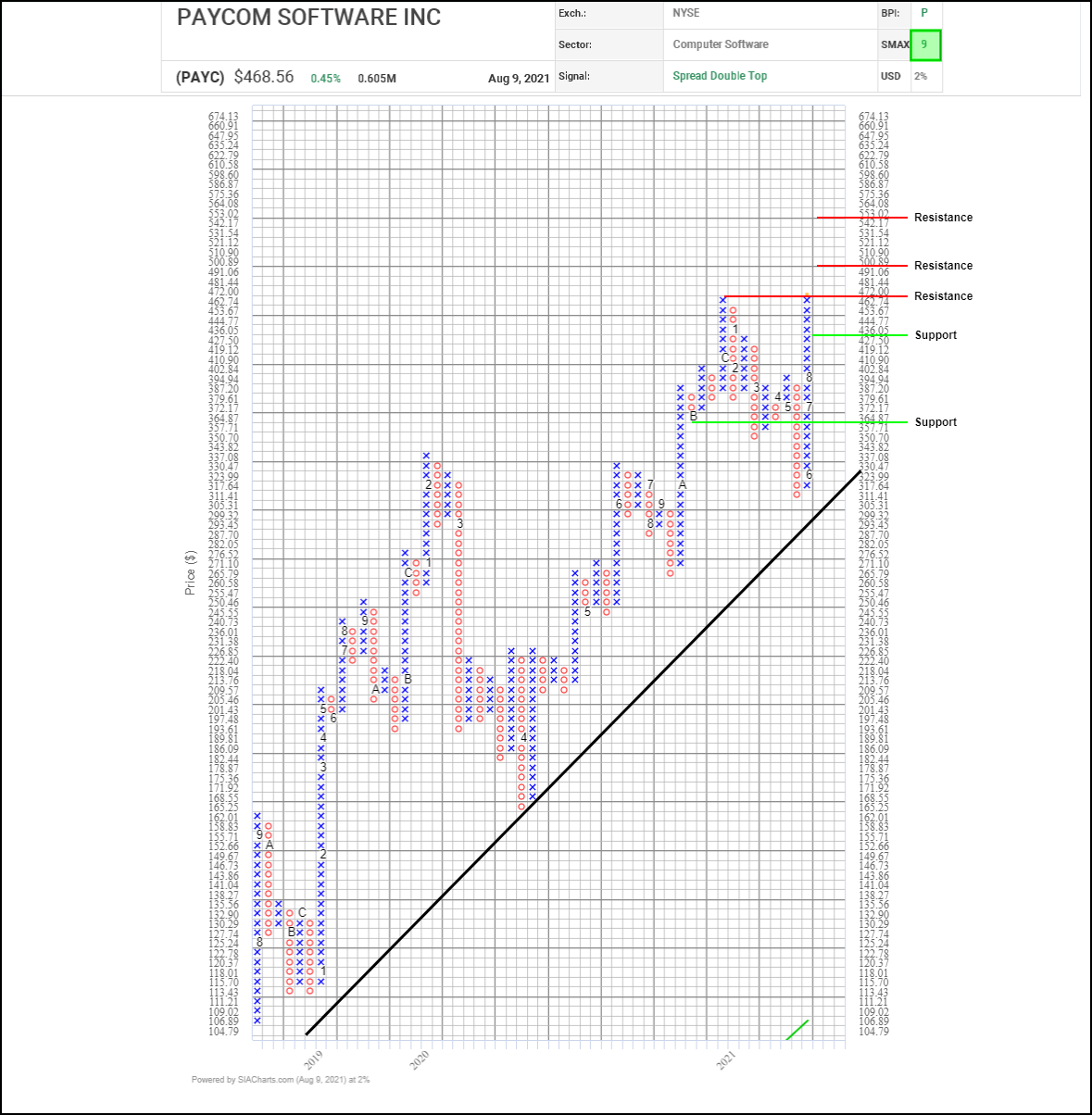