4 months ago, Drug company Pfizer Inc. (PFE) sat at the bottom of the SIA S&P 100 Index Report and has not been included in the Green Favored Zone since January of 2019. However after moving up 60 spots over the last month and 57 spots over the last quarter, Pfizer shares sit just 3 slots outside of that Green Favored Zone currently in the 29th spot.

In April of this year the 50 simple moving average (SMA) almost crossed the 200 SMA which would have been a bearish signal. However, the price rallied off this point and then between May and July the shares hovered along its 50 SMA before taking off and rallying 25.66% over the last month.

With the breakout over prior resistance at $40.50, and then the prior all time high at $42, PFE appears to have reversed its bearish to sideways pattern seen on larger timeframes. Next potential upside resistance based on the 100% and the 161.8% Fibonacci Extension levels may emerge near the $50.02 and $60.30. Support lies at the prior resistance levels, now turned into support at $42 and $40.50. 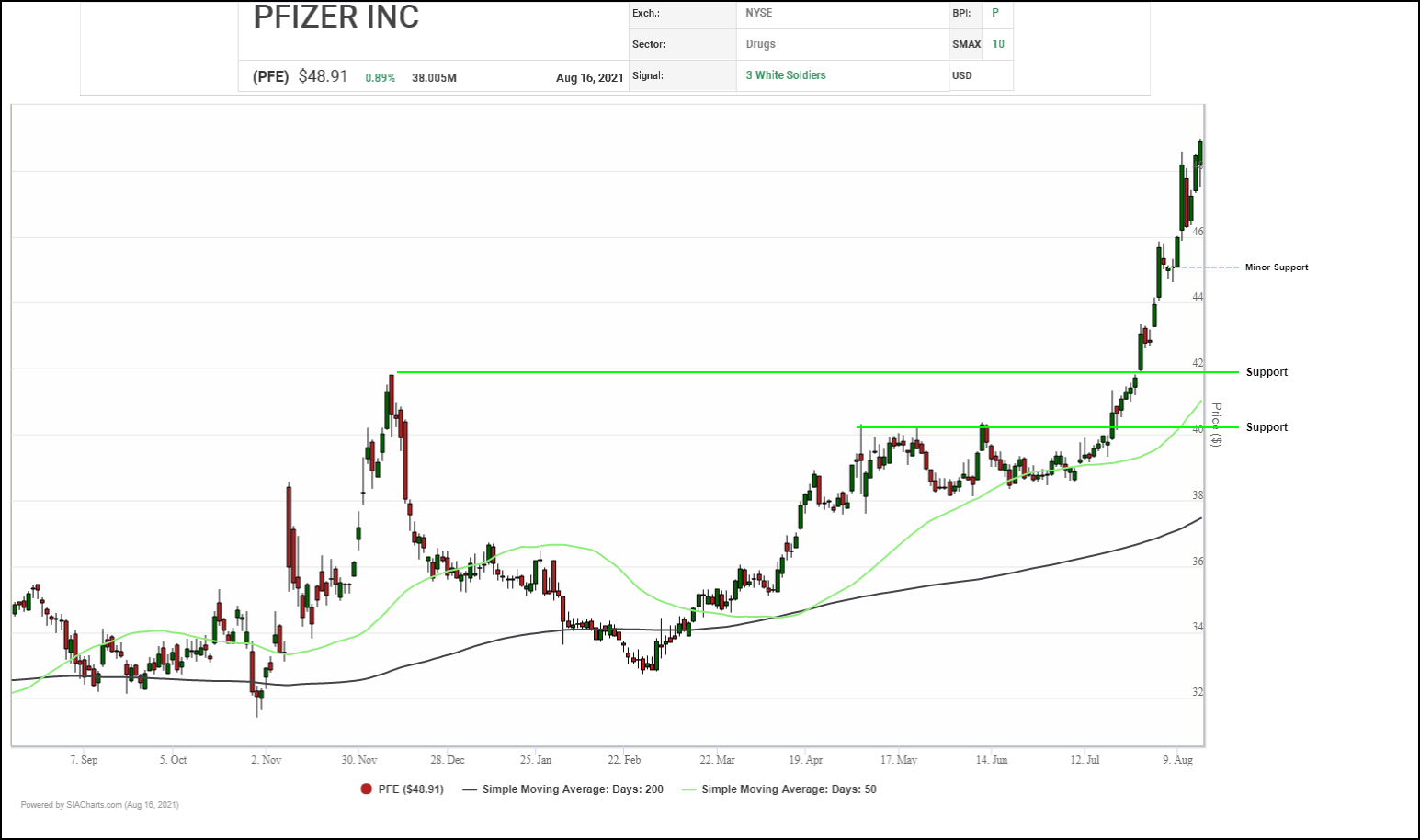 Since May, shares of Pfizer Inc. (PFE) have advanced approximately 25% closing at $48.91 yesterday and a new all time high. Completing a double top breakout bullish pattern in July. Initial resistance appears just above current price near $50.25 and above that near the $60 round number, both based on horizontal and vertical counts. Initial support appears near $45.96 based on a 3-box reversal and below that at the double top breakout area and prior resistance at $40.80 With its SMAX score a perfect 10, PFE is showing strength against all asset classes. 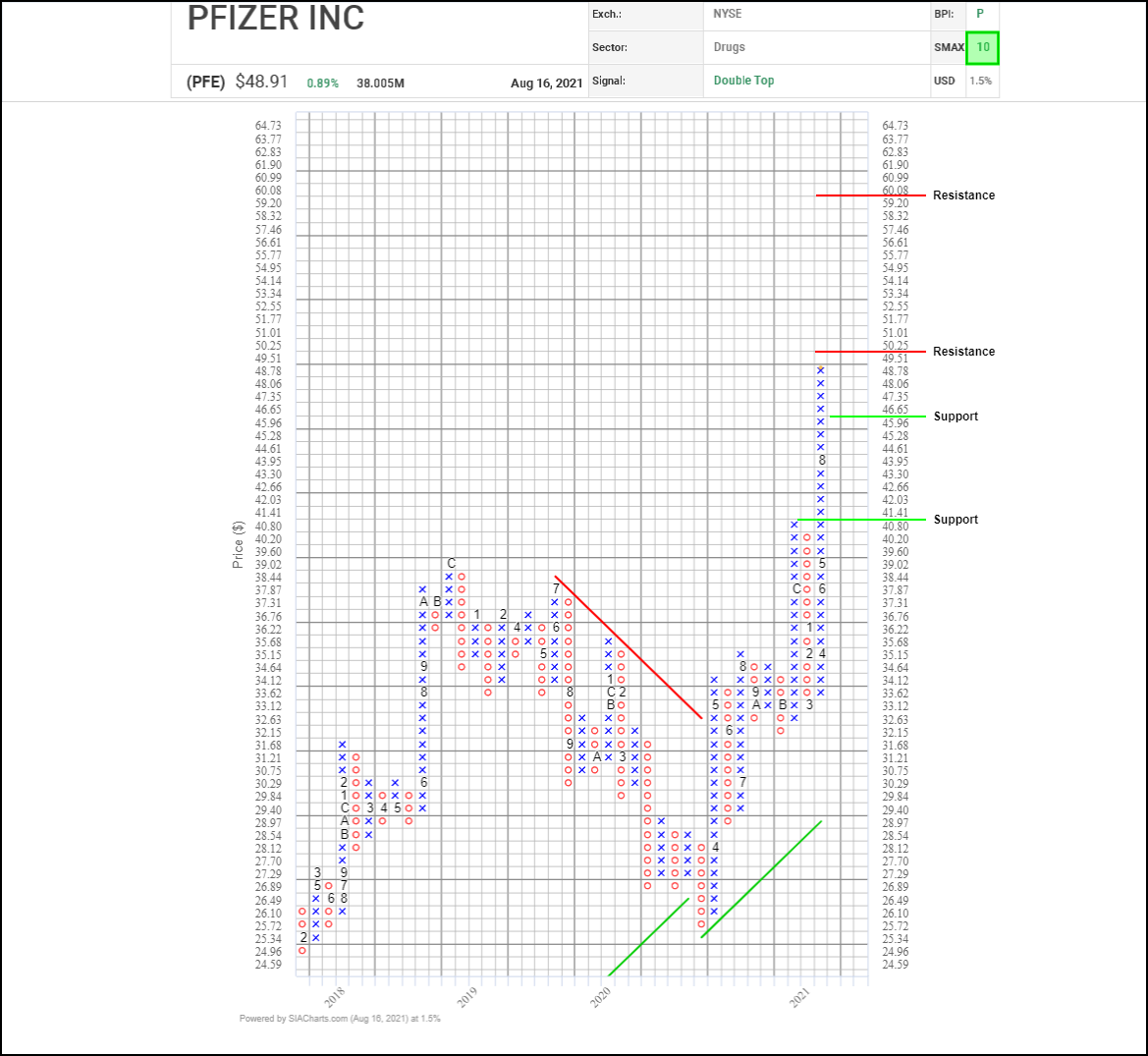