been consistently advancing as of late within the S&P/TSX 60 Report. Currently ranked 23rd, OTEX.TO shares have moved up 31 spots over the past quarter and 20 spots over the past month, and they have returned 22.27% over the past 3 months.. Looking at the candlestick chart in the middle of May price began a rally that would push the stock to new all time highs and surpass the prior resistance zone of $62.50 which had held 3 different times since the beginning of February.

A long term trend line has been established for OpenText with the third test successfully holding back in March of this year. Initial resistance appears at the $60.00-$62.50 area where prior resistance has been broken and below that at $55.00. As the price is at all time highs there is no clear resistance levels however when using Daily Fib Extension levels potential resistance can be found at $70.13 (1.618%) and above that at $76.73 (2.618%) 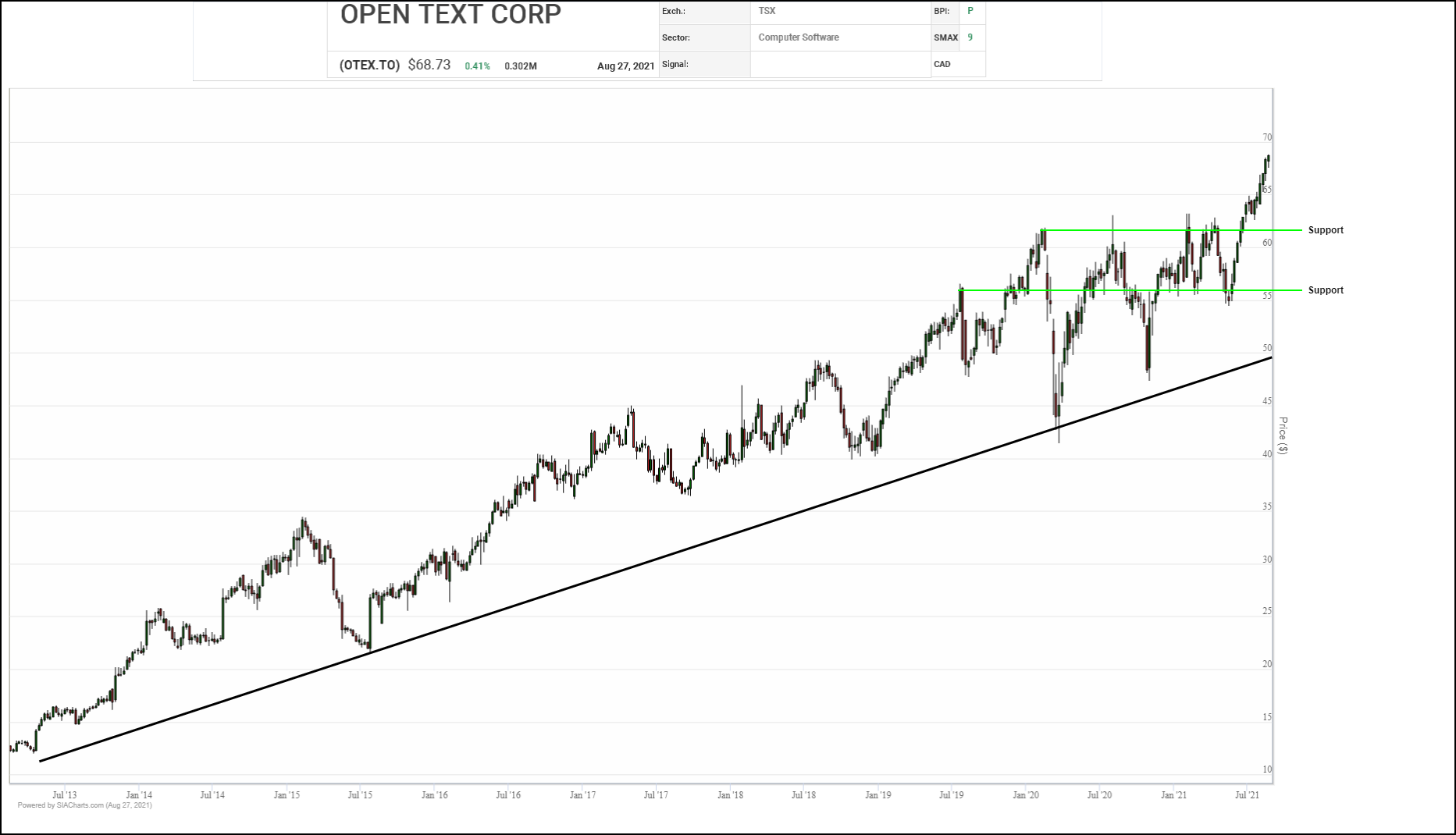 OpenText (OTEX.TO) has been in a large range between $40.00-$60.00 ever since January of 2019 while forming a bullish ascending triangle in the process. Recently shares of OTEX.TO competed a bullish triple top pattern and broke out to the upside.

The shares have made new all time highs currently sitting at $68.73. Initial support can be found at the 3-box reversal as well as prior triple top break out point which falls between the $61.88-$63.12 area. Below that next support can be found at $55.00. Initial resistance based on vertical counts comes in just above current price at $72.50 and above that at the $80.00 round number.

With a bullish SMAX score of 9, OTEX.TO is exhibiting strength against the asset classes. 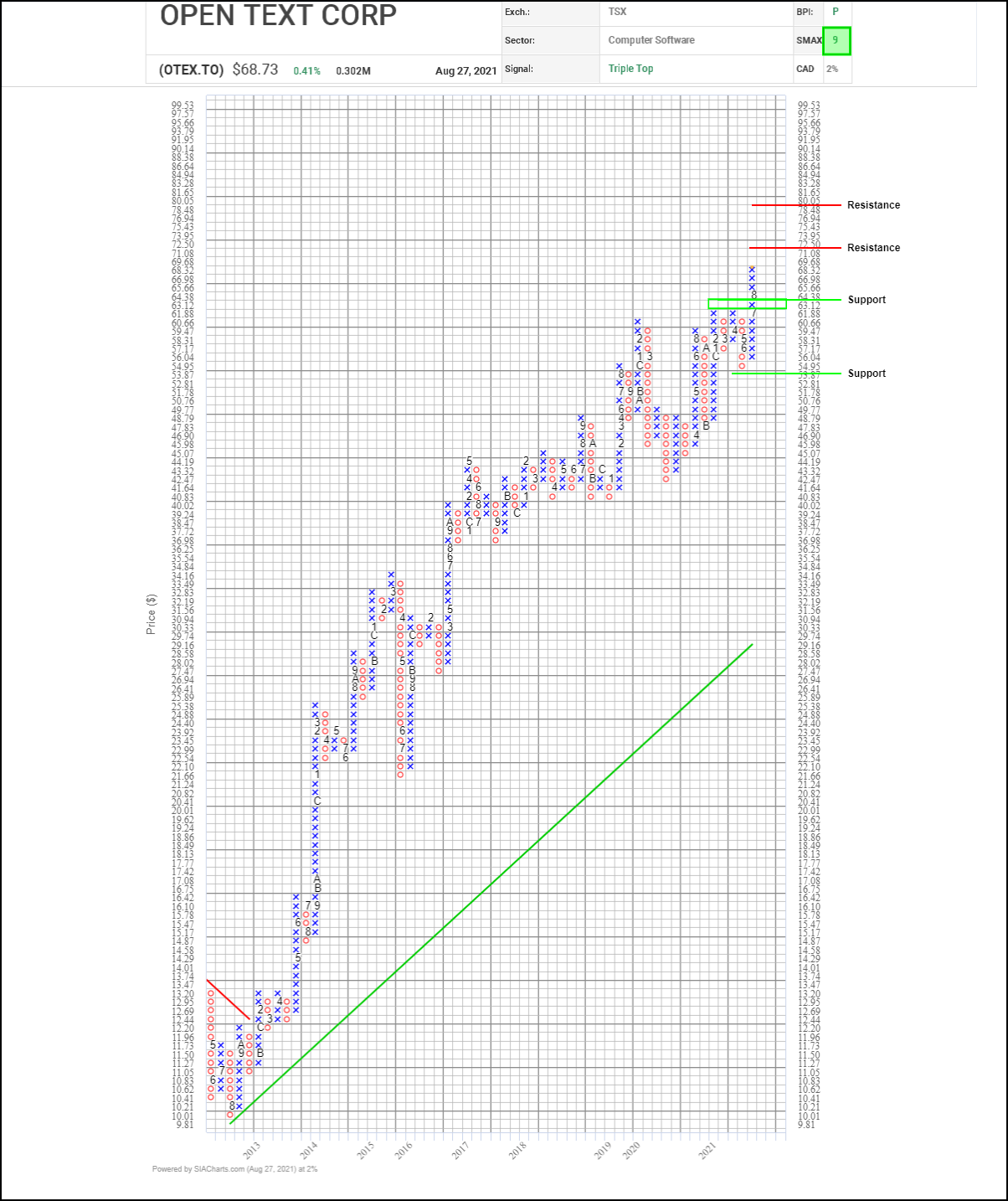