We last looked at ATS Automation Tooling Systems Inc. (ATA.TO) on June 10, 2021, when it just entered the Favored Zone of the SIA S&P/TSX Composite Index Report at a price of $31.33 just a few days prior on June 7th. At that time we noted the shares broke above a key resistance level signaling a new uptrend was potentially in place. Today, we see that the shares have continued to remain strong, and the subsequent uptrend had indeed materialized culminating into new all-time highs. The shares currently sit in the #5 spot in the favored zone of the Report.

With yesterday’s closing price of $45.62 this represents an 45.6% increase since we last commented on it when it entered the favored zone two and a half months ago. ATS Automation designs and builds customized automated manufacturing and testing systems for customers and provides pre and post automation services. On August 11th ATS Automation released their first quarter results when they reported a year over year revenue increase of 57.2% which investors took a liking to. After

reporting, the shares gapped up to all-time highs not seen since 2000. In looking at the Candlestick chart, we see that the shares have broken past the previously identified $38.00 and $42.00 resistance levels. It is now currently at its next level of resistance at $45.00 to $46.00 but if it manages to break above this level, then the next area of resistance can be found at the $50.00 psychological price level. Support can now be found at the long standing old high of $40.00 back in 2000. 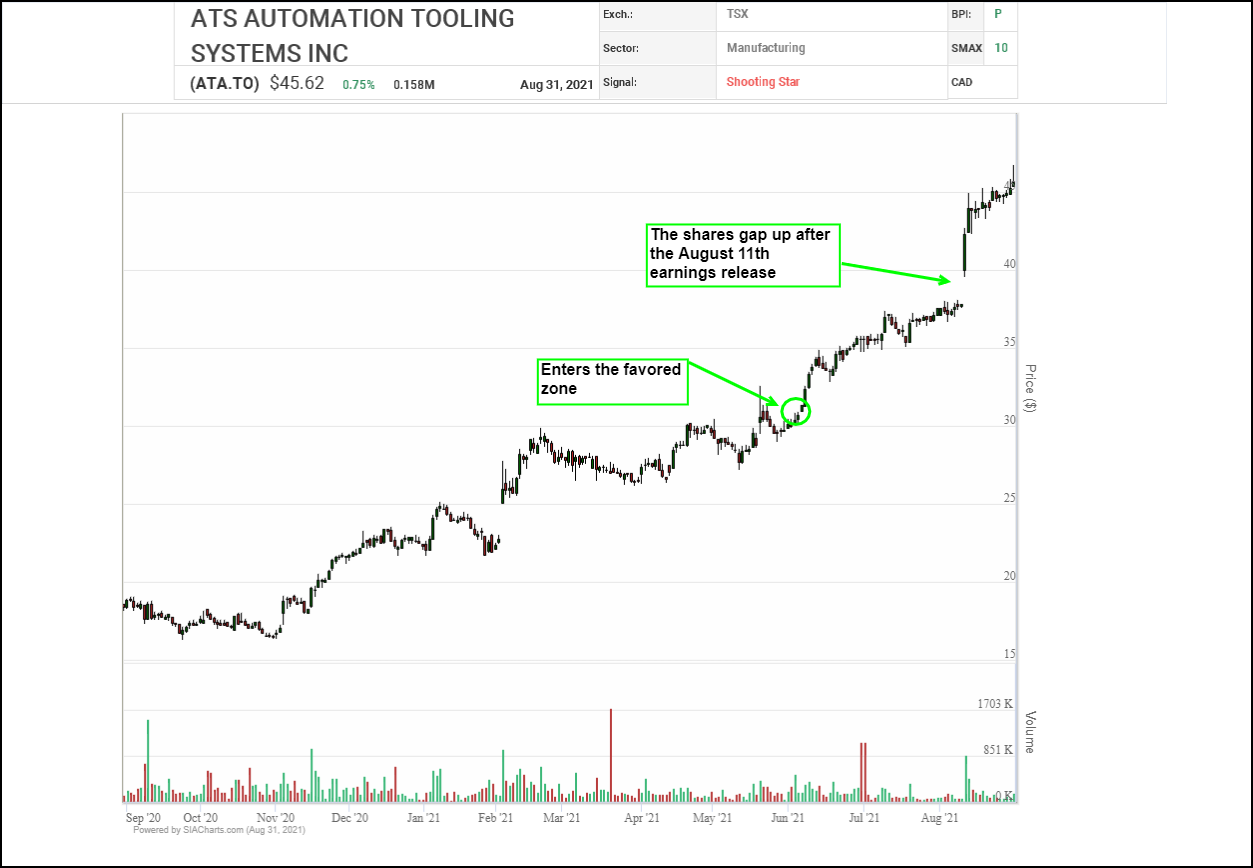 In the attached Point and Figure Chart at a 2% Scale, we see that the shares rally phase since breaking out when it entered the favored zone in June has been very strong and the next potential area of resistance is coming up where the shares are currently sitting and above that, the $50.00 psychological level. Support can now be found at the 3-box reversal point of $41.88 and below that, the 50% retracement level of $37.19. With a SMAX of 10 out of 10, ATS Automation is still exhibiting near term strength against all the asset classes. 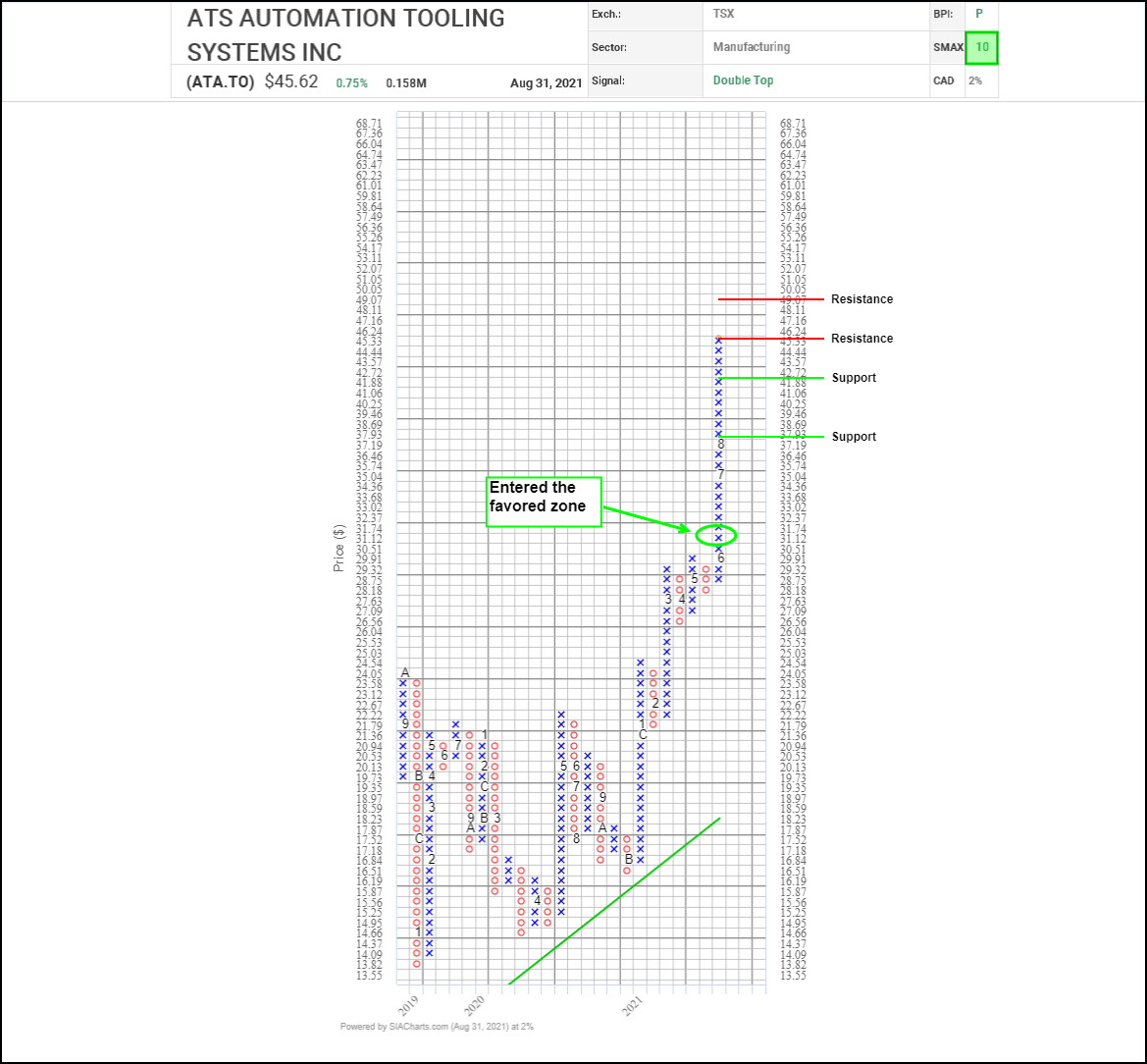