Vaccine producer Moderna (MRNA) has returned to the Green Favored Zone of the SIA NASDAQ 100 Index Report from a short dip down into the yellow zone. Yesterday it moved up 25 spots to 7th place. In the SIA S&P 500 Index Report, Moderna shot up 138 spots yesterday to 18th place.

A recent correction in Moderna (MRNA) shares appears to have run its course with support coming in near $350. Following a successful retest, accumulation appears to be resuming with the shares climbing back up above $450.

Currently, resistance remains in place in the $480-$500 area between the previous peak and a round number. A breakout there to a new high would signal the start of a new advance with next potential resistance near the $600 round number and then $650 based on a measured move from the current consolidation range. Initial support appears near the $400 round number. 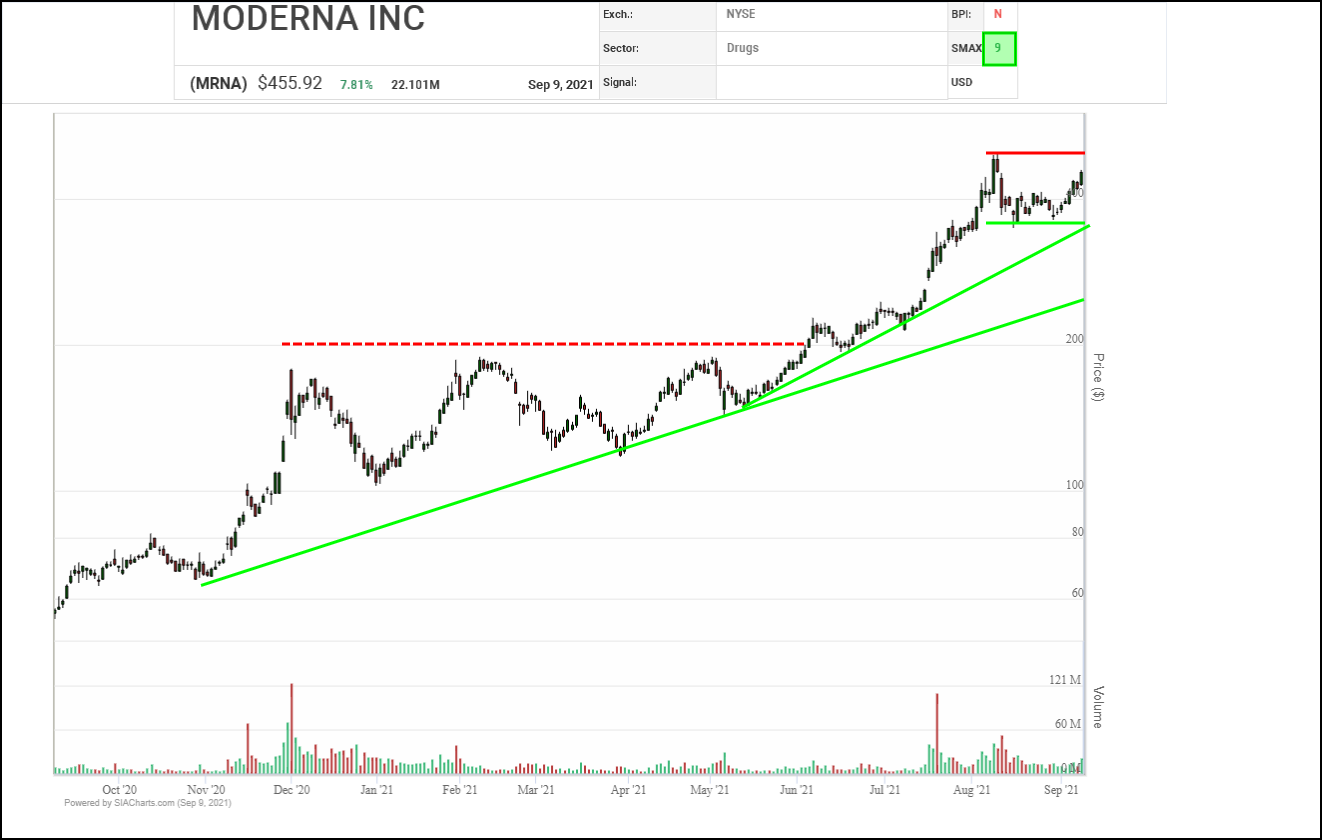 Moderna (MRNA) shares have been under strong accumulation for the last year, gaining 701.8%. Over this time the shares have had some downs among the ups, such as last month’s approximately 22.5% correction. That correction which bottomed out near $370.00 appears to have run its course and accumulation appears to have resumed with the shares regaining $450.00 and completing two bullish Double Top breakouts.

Initial upside resistance appears at the August peak near $488.15 where a breakout would confirm the start of a new upleg. Should that occur, next potential resistance on trend appears near the $500.00 round number and then $538.95 based on a horizontal count. Initial support appears near $416.60 based on a 3-box reversal.

With its bullish SMAX score increasing to 9, MRNA is exhibiting strength against the asset classes. 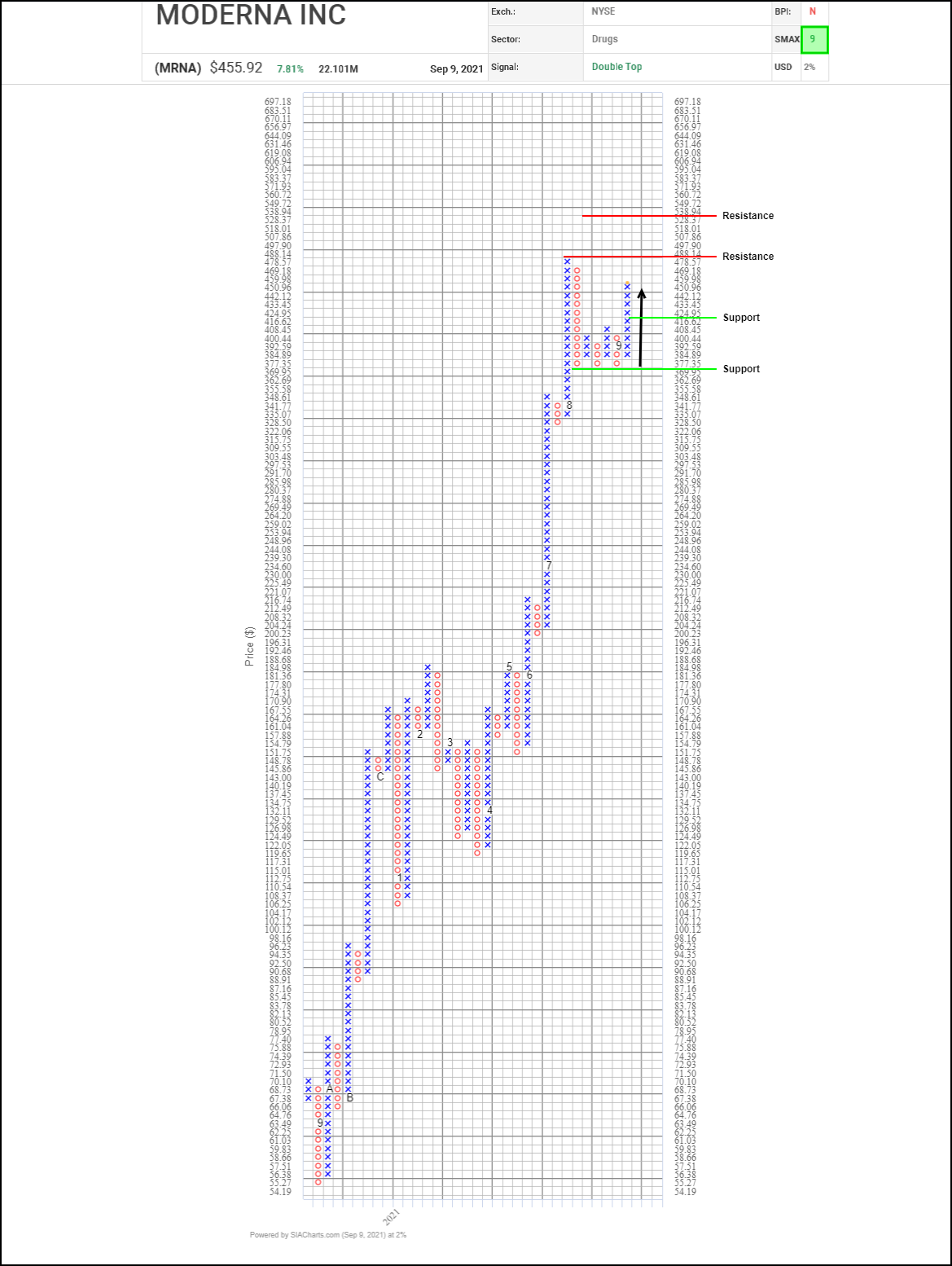