Communications chip producer Broadcom (AVGO) has returned to the Green Favored Zone of the SIA S&P 500 Index Report for the first time since March. On Friday, AVGO finished in 126th spot, up 10 places on the day and up 37 positions in the last week. .

After soaring to start the year, Broadcom (AVGO) shares spent May to September in consolidation mode, trending sideways in two ranges first between $410 and $485, then between $475 and $510. Starting with a successful retest of $410 support in June, the shares had quietly come under renewed accumulation. This has become more apparent in the last two months with the shares completing two bullish Ascending Triangle breakouts, breaking out and holding above $500, plus their recent acceleration to new all-time highs. 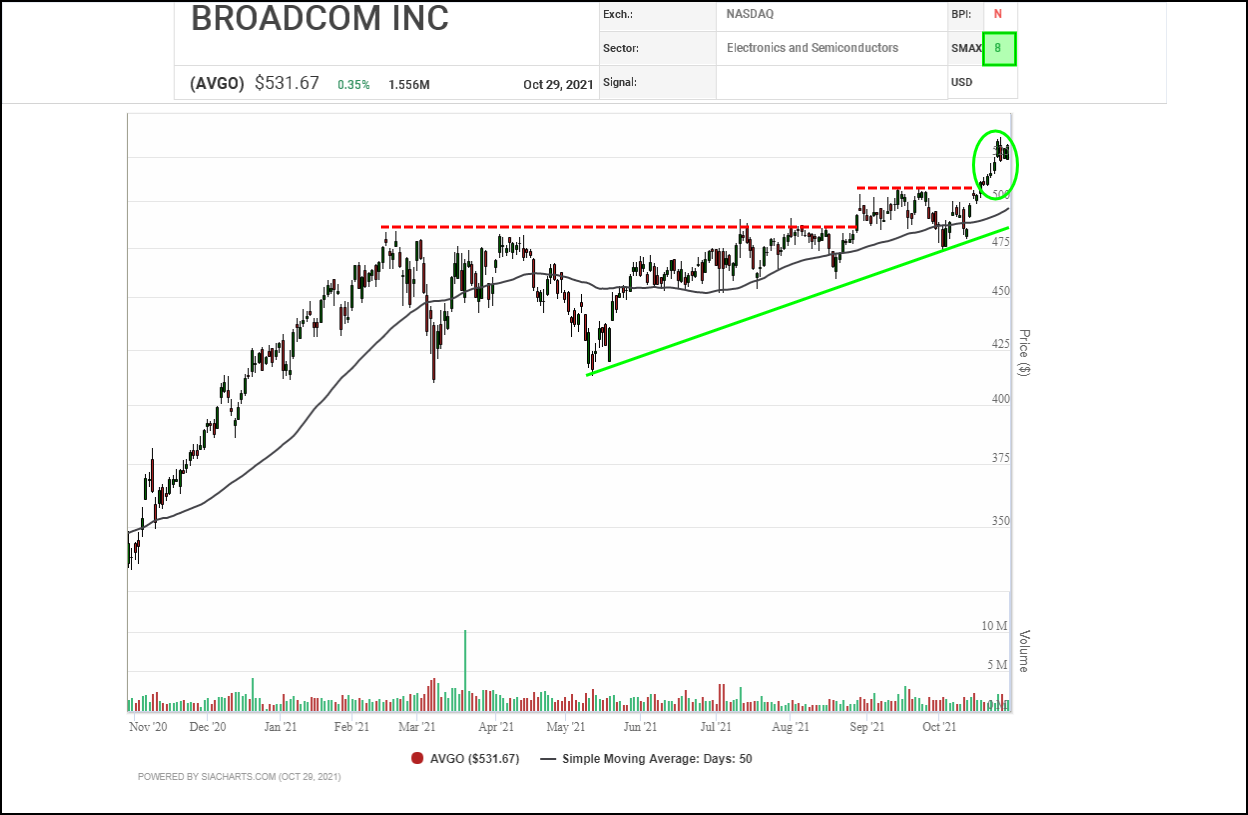 Broadcom (AVGO) shares continue to climb in a long-term accumulation step pattern of rallies followed by periods of sideways consolidation at higher levels. Back in September, the shares completed a rare but extremely bullish Quadruple Top breakout and since then, they have continued to climb to new highs, building a bullish High Pole.

With a bullish SMAX score of 8, AVGO is exhibiting strength against the asset classes. 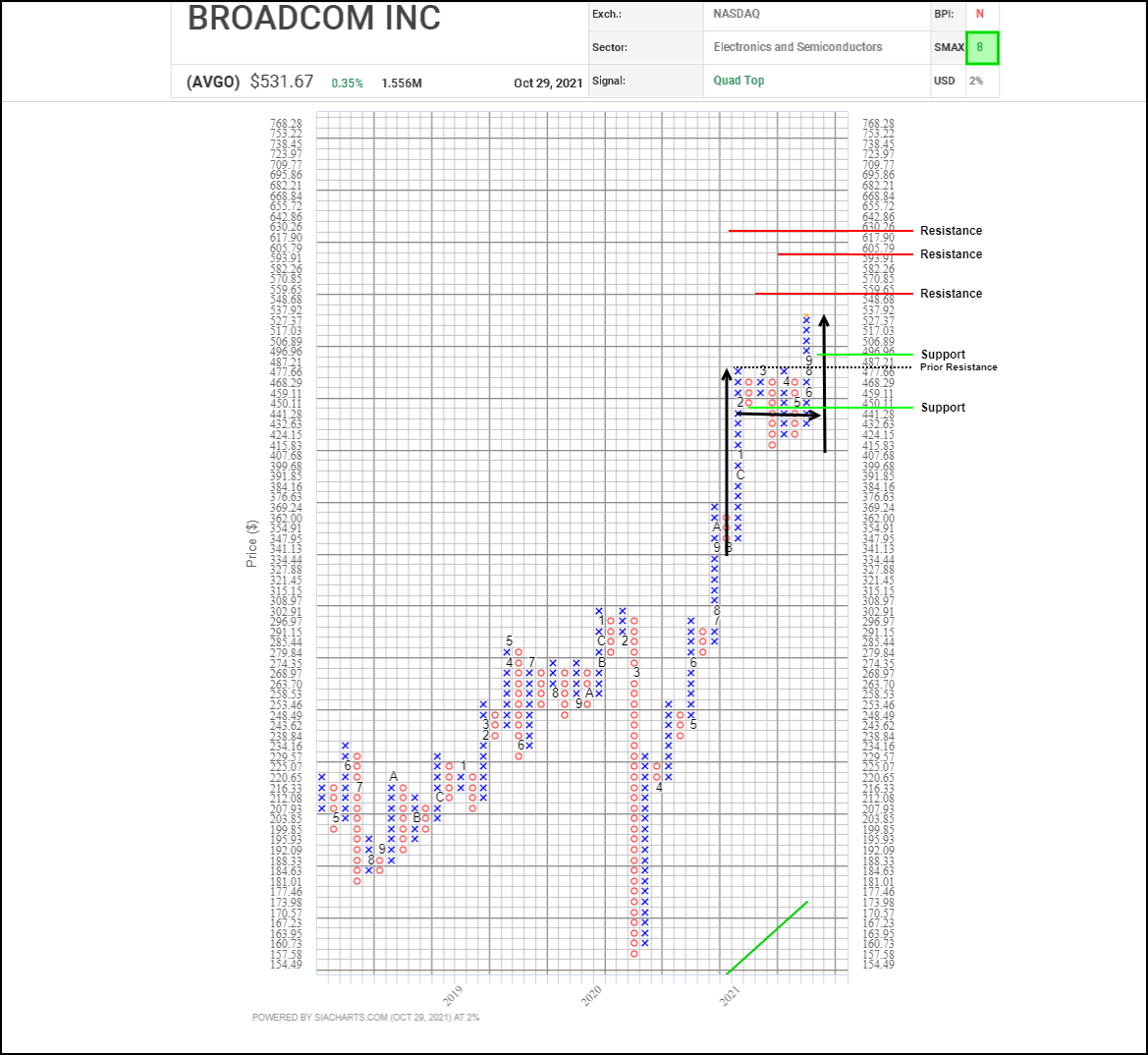