Shopify (SHOP.TO) has started to climb back up the rankings in the SIA S&P/TSX 100 Index Report. On Friday, the shares climbed 21 spots to 19th place, rallying up out of the red zone toward the top of the Yellow Neutral Zone. SHOP is currently 4 spots outside of the green zone where it has not been since September.

Accumulation accelerated dramatically in Shopify (SHOP.TO) shares on Friday. An 11.5% Friday pop on volume would have been enough to signal new interest but combining that with a rally up off the 50-day average, regaining $2,000 and blasting through its July peak to a new all-time high all indicate that a new upleg has started and confirm that the previous summer downtrend has ended.

Initial upside resistance may appear near 2,400 based on a measured move from a previous trading range, followed by the 2,500 to 2,550 zone where a round number and multiple measured moves cluster. Initial support appears near $1,915 a breakout point, then the 50-day average near $1,815. 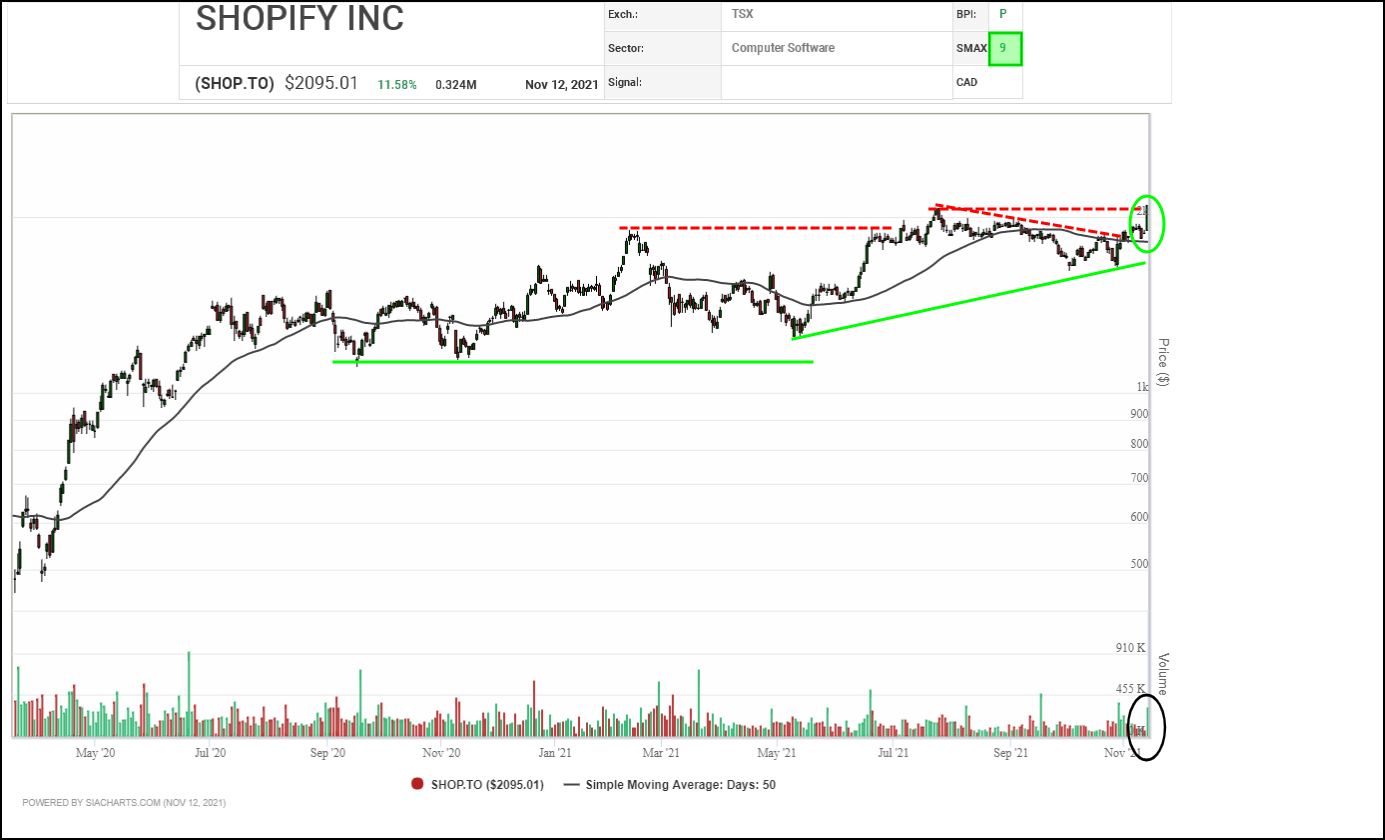 Back in the spring, Shopify (SHOP.TO) staged a big high pole advance to new highs, then paused for four months through the summer and early autumn to consolidate it gains. Recent trading suggests that Shopify’s primary uptrend has resumed with the shares starting November with a bullish Double Top breakout and confirming the start of a new upleg with Friday’s breakout to a new all-time high above the $2,000 round number, and the completion of a bullish Spread Double Top pattern.

With a bullish SMAX score of 9, SHOP.TO is exhibiting strength against the asset classes. 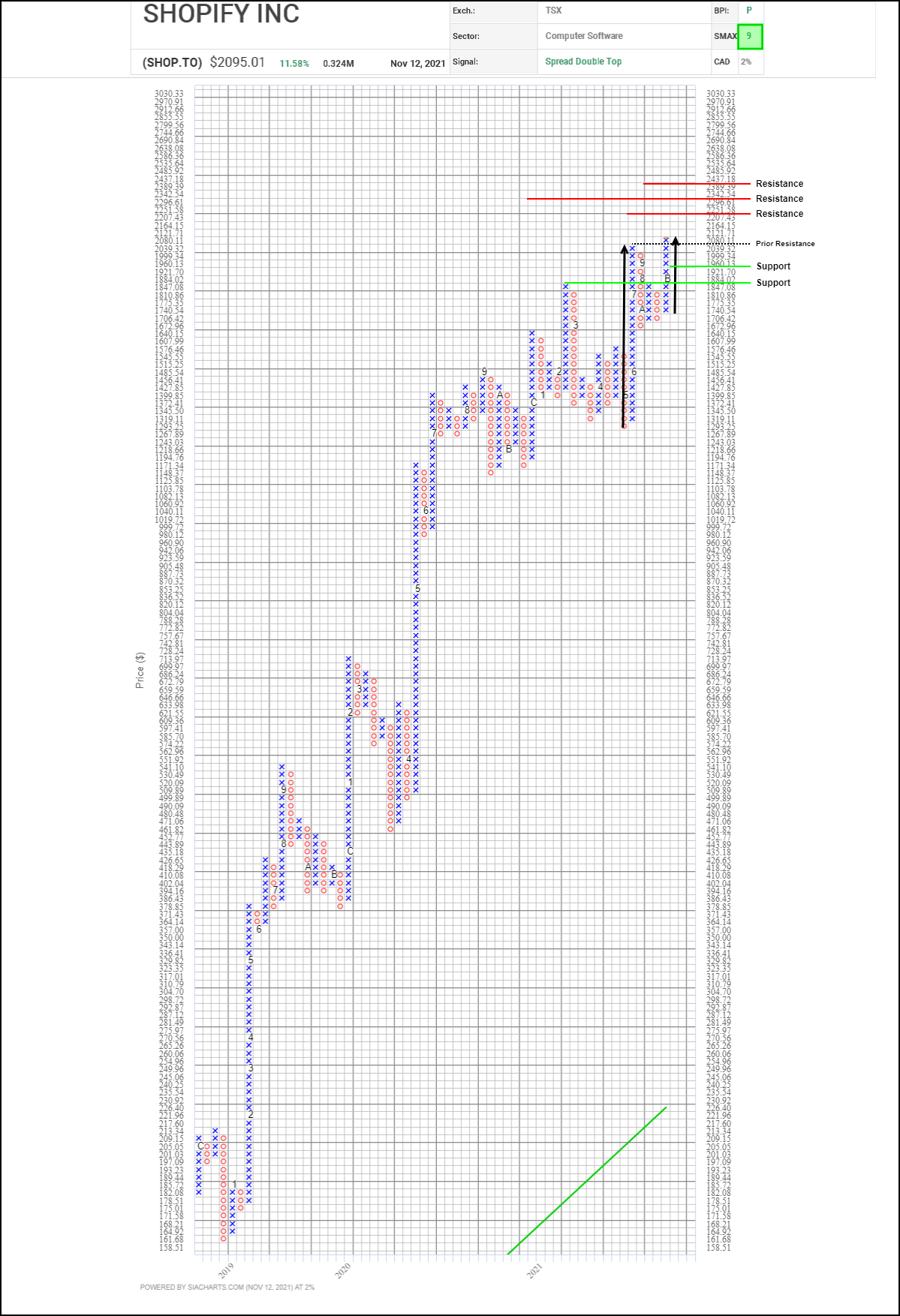