With investors continuing to respond positively to earnings released earlier this week, Home Depot (HD) has returned to the Green Favored Zone of the SIA S&P 100 Index Report for the first time in a year. Yesterday the shares finished in 10th place, up 7 spots on the day and up 14 positions in the last month.

Since bottoming out back in March, Home Depot (HD) has been under accumulation, steadily advancing in an uptrend of rallies followed by consolidation at higher levels. A spring rally was followed by a summer of consolidation that culminated in a bullish Ascending Triangle breakout last month. Since then, a bullish Flag pattern has emerged. The shares staged a sharp rally in October, followed by 3 weeks of sideways consolidation, and this week the shares have broken out into a second upleg. This breakout to new all-time highs has occurred on a jump in volume indicating increased investor interest. 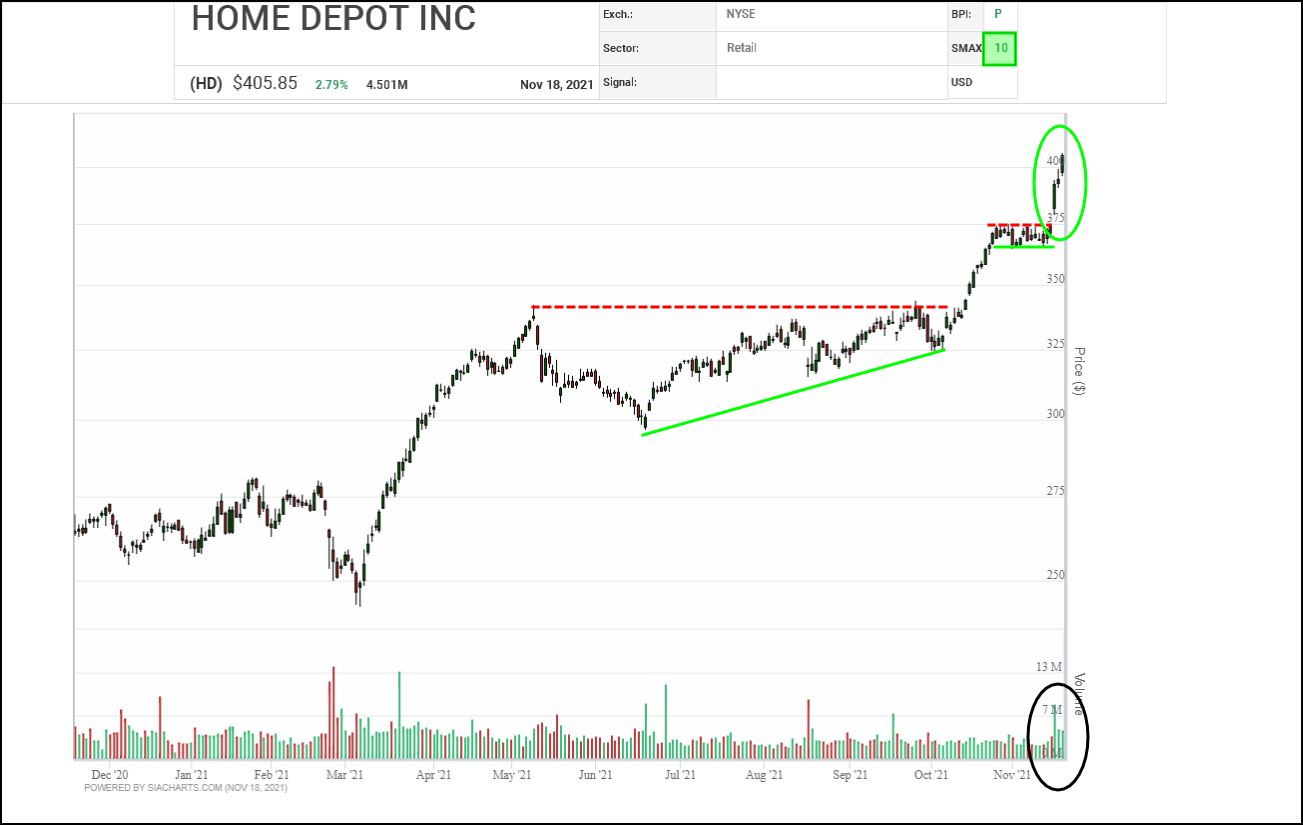 Back in the spring, Home Depot (HD) shares staged a bullish Spread Triple Top breakout from a consolidation zone and haven’t really looked back since. For the last eight months, the shares have been steadily advancing, creating two bullish High Poles, with only a minor correction (not enough to trigger a high pole warning) between them. This week, the shares continue to build on their recent bullish Double Top breakout, climbing to new all-time highs above $400.00.

With a perfect SMAX score of 10, HD is exhibiting strength across the asset classes. 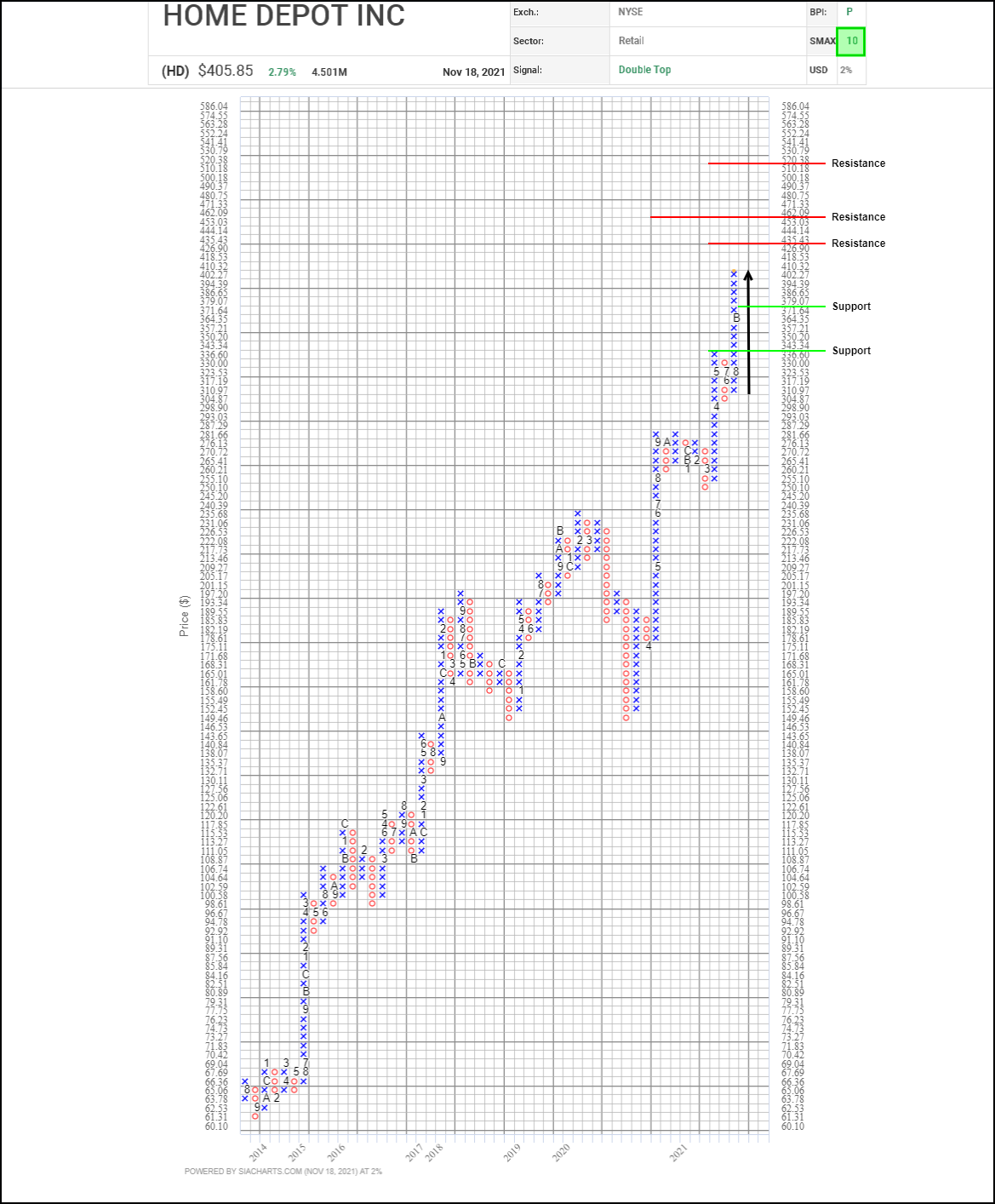