With a 3.1% gain on a rough day for the markets, Apple (AAPL) was the top performing stock in the NASDAQ 100 yesterday and one of only four stocks in the index to have a positive day. This outperformance propelled Apple up six spots in the relative strength rankings to 22nd place. With this move, Apple has returned to the Green Favored Zone for the first time since February.

A major breakout is underway in Apple (AAPL) shares as they continue to build on a surge in new interest. Last month, the shares started to climb up off of $150.00 on increased volume, a sign of increasing accumulation, They broke out to a new high over $156.50 and then successfully retested that breakout point as new support. Yesterday, Apple rallied up off of there to a new all-time high on an even bigger volume spike, confirming the start of a new advance. 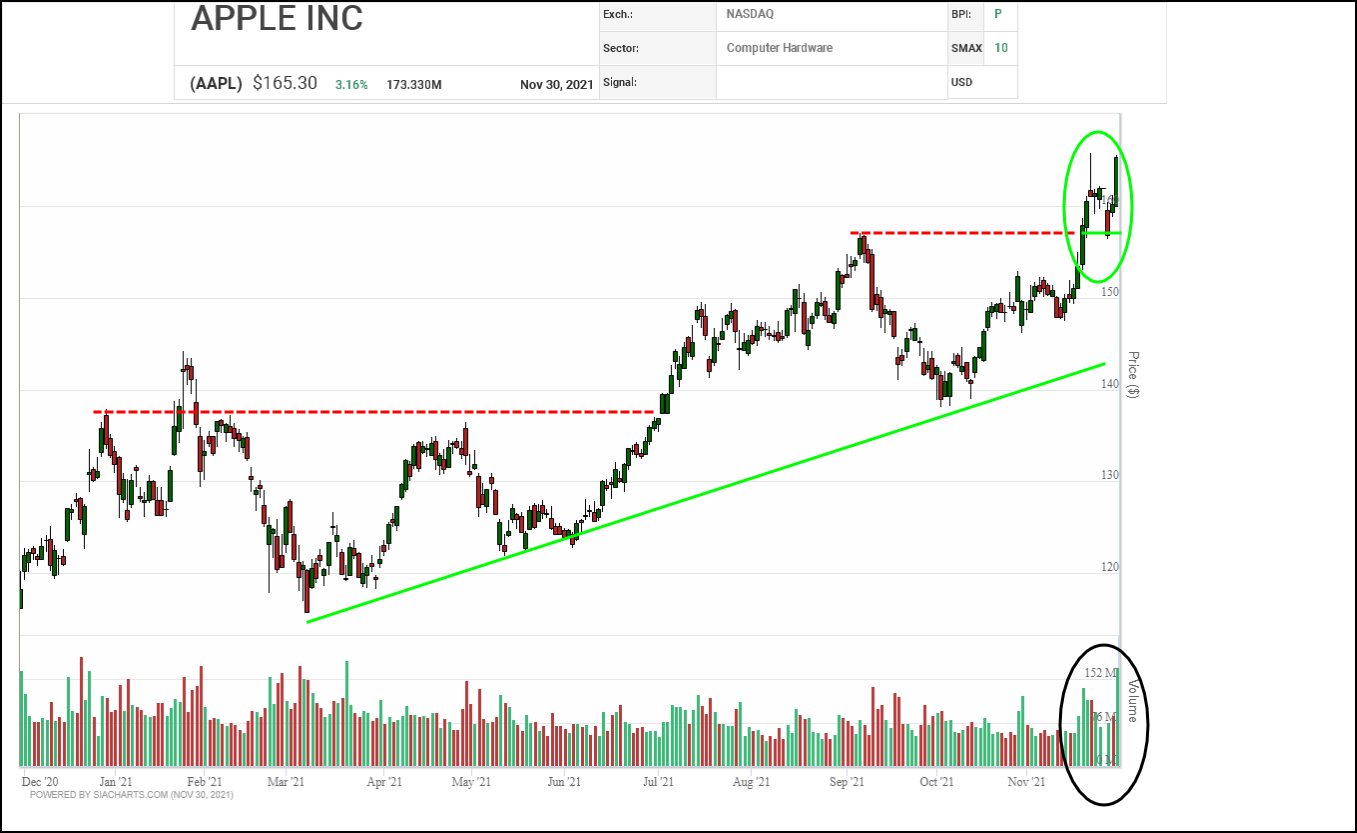 In the summer of 2020, Apple (AAPL) staged a major high pole rally and since then, it has remained under accumulation, steadily climbing in an upward trend of higher lows and positive pattern breakouts. This week, the shares have broken out to a new all-time high, completing a bullish Double Top pattern, signaling the start of a new upleg, and confirming continued investor interest.

With a perfect SMAX score of 10, AAPL is exhibiting strength across the asset classes. 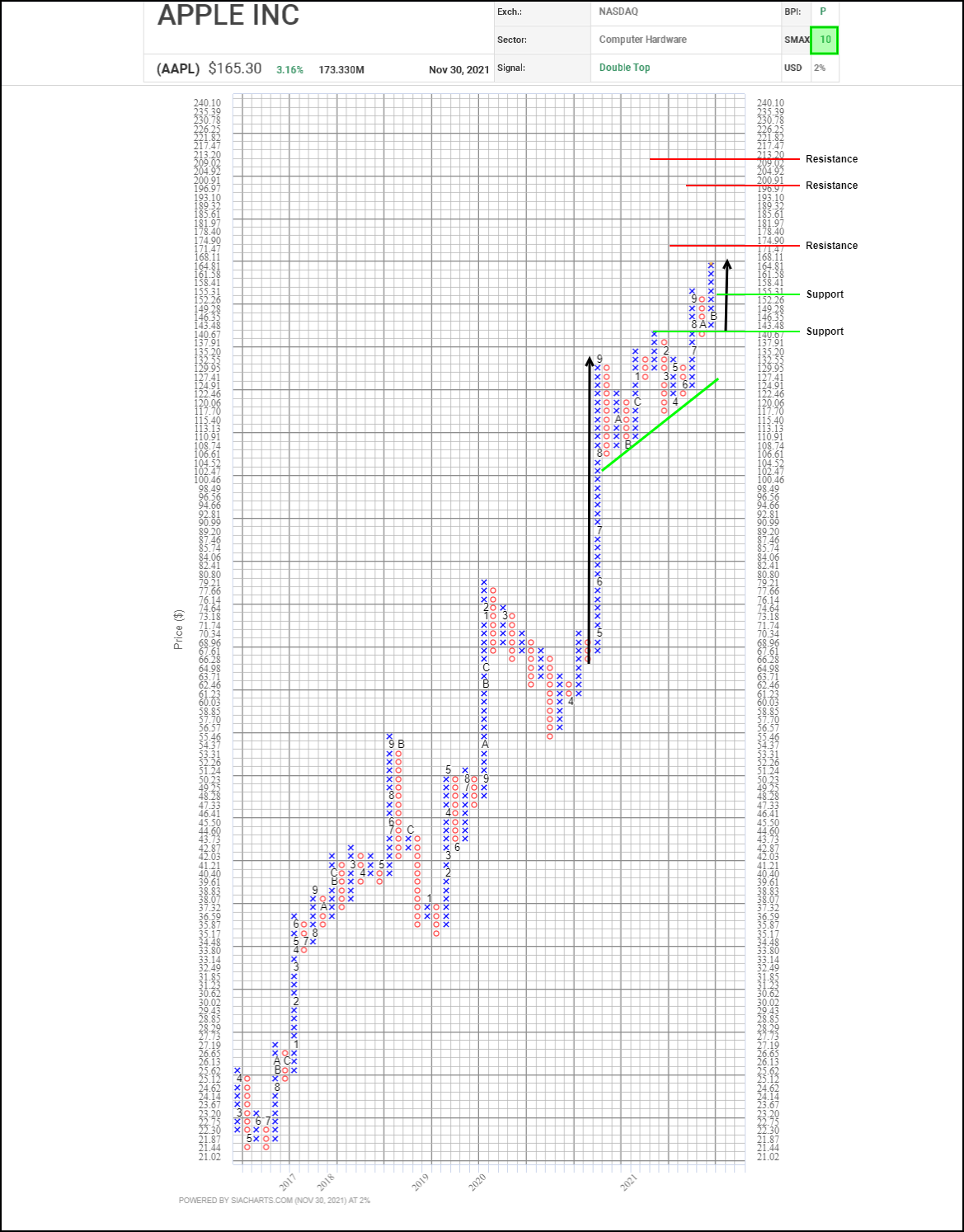