Crescent Point Energy (CPG.TO) has returned to the Green Favored Zone of the SIA S&P/TSX Composite Index Report from a quick dip down into the yellow zone. Yesterday the shares finished in 22nd place, up 28 spots on the day and up 48 positions in the last week.

Earlier this year, Crescent Point Energy Shares broke out of a long-term downtrend, then spent most of 2021 consolidating its original recovery gains between $4.00 and $6.50.

This week, the shares have staged another major breakout, clearing $6.50 to trade at their highest level since the summer of 2018, signaling the start of a new upleg.

Previous highs and lows, plus measured moves suggest next potential resistance near $8.00 and $9.50, with some initial resistance possible near the $7.50 round number. Initial support appears at the 50-day moving average near $6.00. 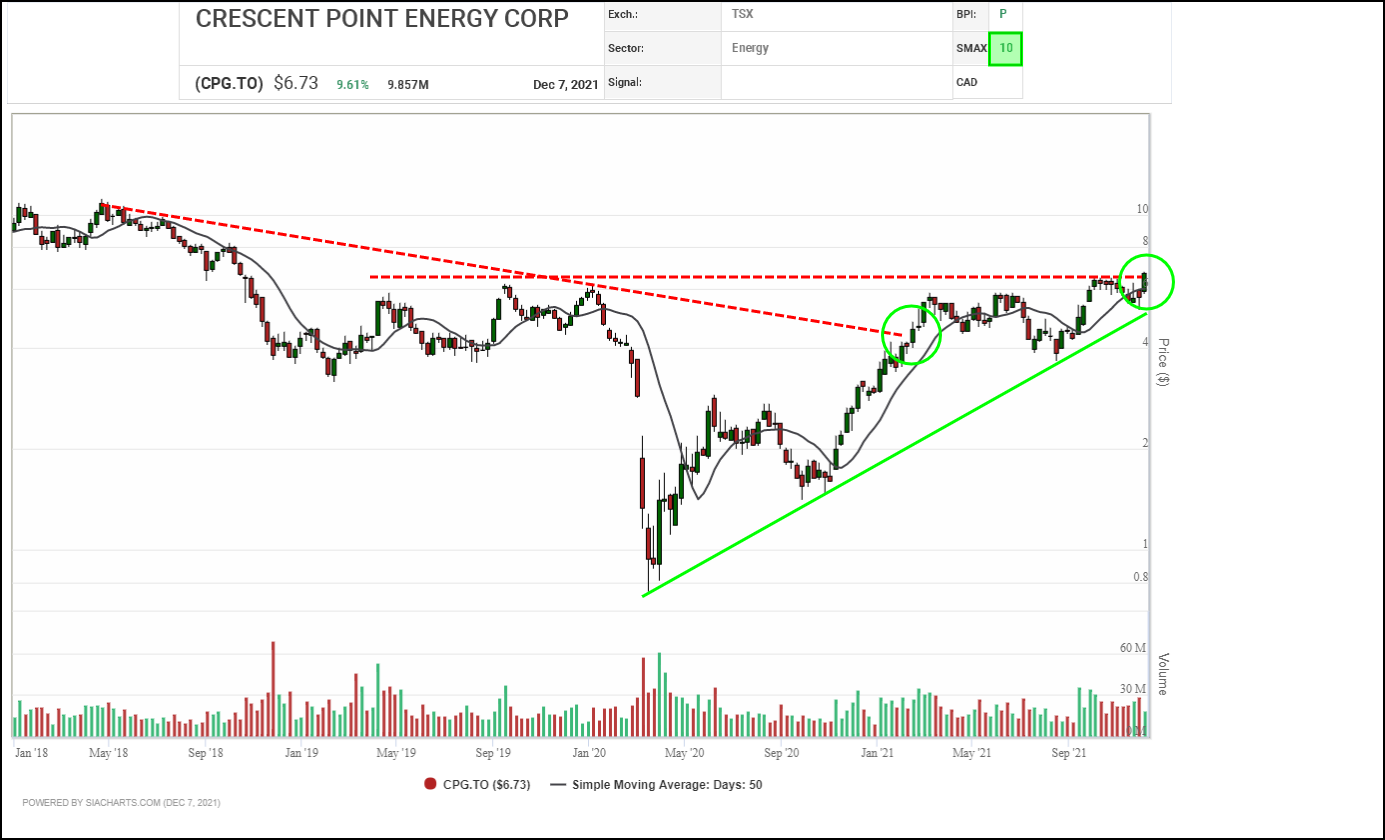 Since its last large correction bottomed out back in August, Crescent Point Energy (CPG.TO) shares have been under renewed accumulation. Over the last four months, the shares have established a new upward trend of higher lows. This week, the shares have broken out to a new high, completing a bullish Spread Double Top pattern which has signaled the start of a new upleg.

Based on vertical and horizontal counts, next potential resistance appears near $8.10 and $8.55 on trend. Initial support appers near $6.11 based on a 3-box reversal.

With its bullish SMAX score increasing to a perfect 10, CPG.TO is exhibiting strength across the asset classes. 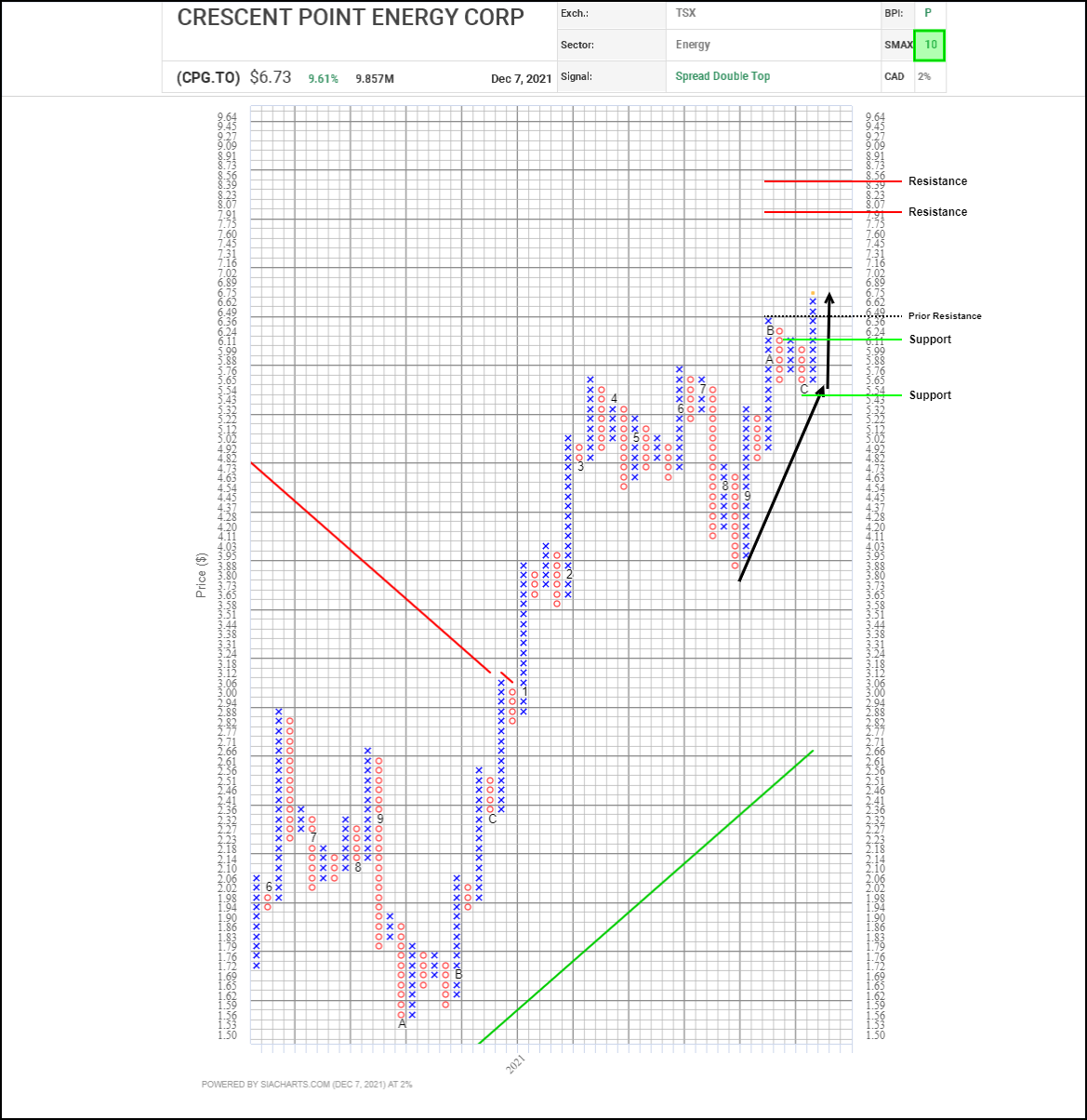