Security and design software producer Synopsys (SNPS) continues the steady march up the rankings in the SIA S&P 500 Index Report that started back in May deep in the red zone. Yesterday the shares finished in 7th place, up 9 spots on the day and up 46 positions in the last month.

Since bottoming out in March, Synopsys (SNPS) shares have been under accumulation, steadily climbing in a rising channel of higher highs and higher lows. Continuing this trend, the shares broke out yesterday to a new all-time high, signaling the start of another upleg and completing a three-week consolidation phase. 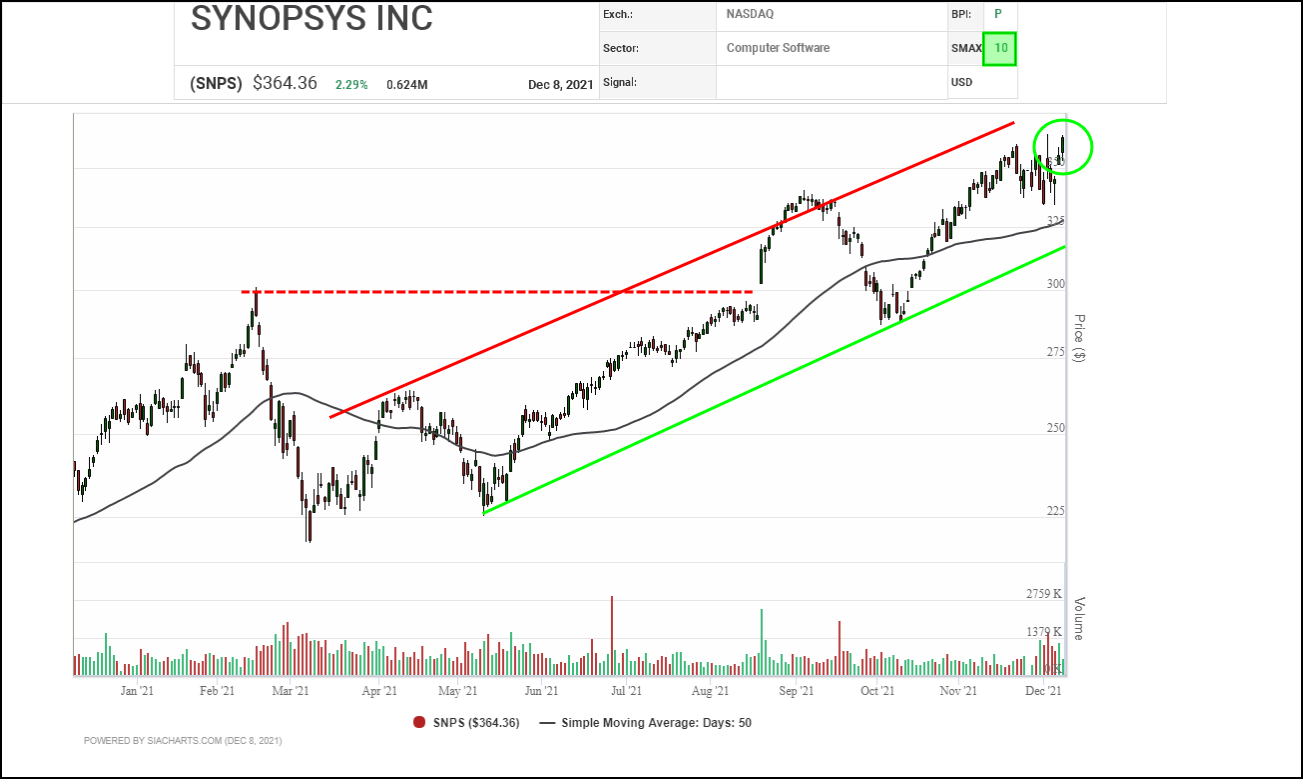 Continuing an uptrend that started in the spring of 2020, and building on a high pole summer rally, Synopsys (SNPX) shares recently broke out to a new all-time high. The completion of a bullish Double Top pattern and the start of a new bullish High Pole indicates that accumulation continues and another upleg has started.

Based on horizontal and vertical counts, next potential upside resistance appears near the $400.00 round number, than then $416.10. Initial support appears near $34.60 based on a 3-box reversal.

With a perfect SMAX score of 10, SNPS is exhibiting strength across the asset classes. 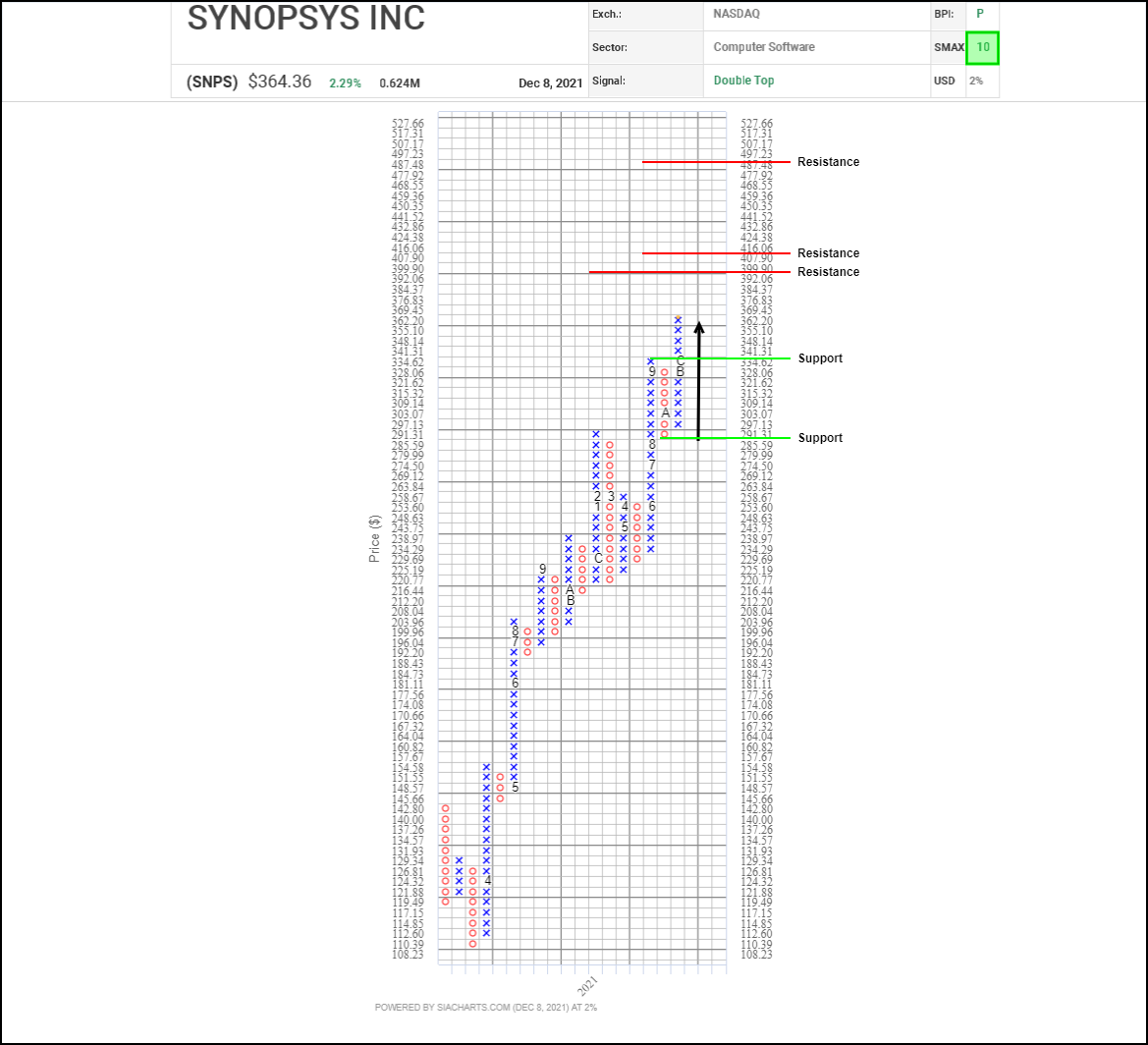