With a management boost to 2022 sales guidance sending its shares up 10.2% yesterday, Eli Lilly (LLY) returned to the Green Favored Zone of the SIA S&P 500 Index Report from a dip into the Yellow Zone. The shares have been trending upward in the report all year and yesterday’s action has confirmed another higher low. On Wednesday, the shares finished in 92nd place, up 37 positions in the day. In the SIA S&P 100 Index Report, LLY climbed 8 spots yesterday to 19th place.

Four months of rangebound consolidation in Eli Lilly (LLY) shares ended yesterday with a major breakout that resolved a sideways rectangle that had formed between $220 and $275 to the upside. A breakaway gap on a surge in volume signaled renewed investor interest in LLY and the start of a new upleg.

Upside resistance may initially appear near the $300.00 round number, followed by $330.00 on trend based on a measured move from the recent consolidation zone. Initial support appears at the 50-day moving average and the bottom of yesterday’s gap near $250.00. Eli Lilly (LLY) shares staged a major breakout yesterday. After staging a high pole rally back in the summer, the shares had spent the last three months consolidating their gains. Through this period, the underlying upward trend of higher column lows continued, indicating ongoing accumulation. Yesterday, the shares closed above $275.00 at a new all-time high, completing a bullish Triple Top breakout and signaling the start of a new upleg.

With a bullish SMAX score of 8, LLY is exhibiting strength against the asset classes. 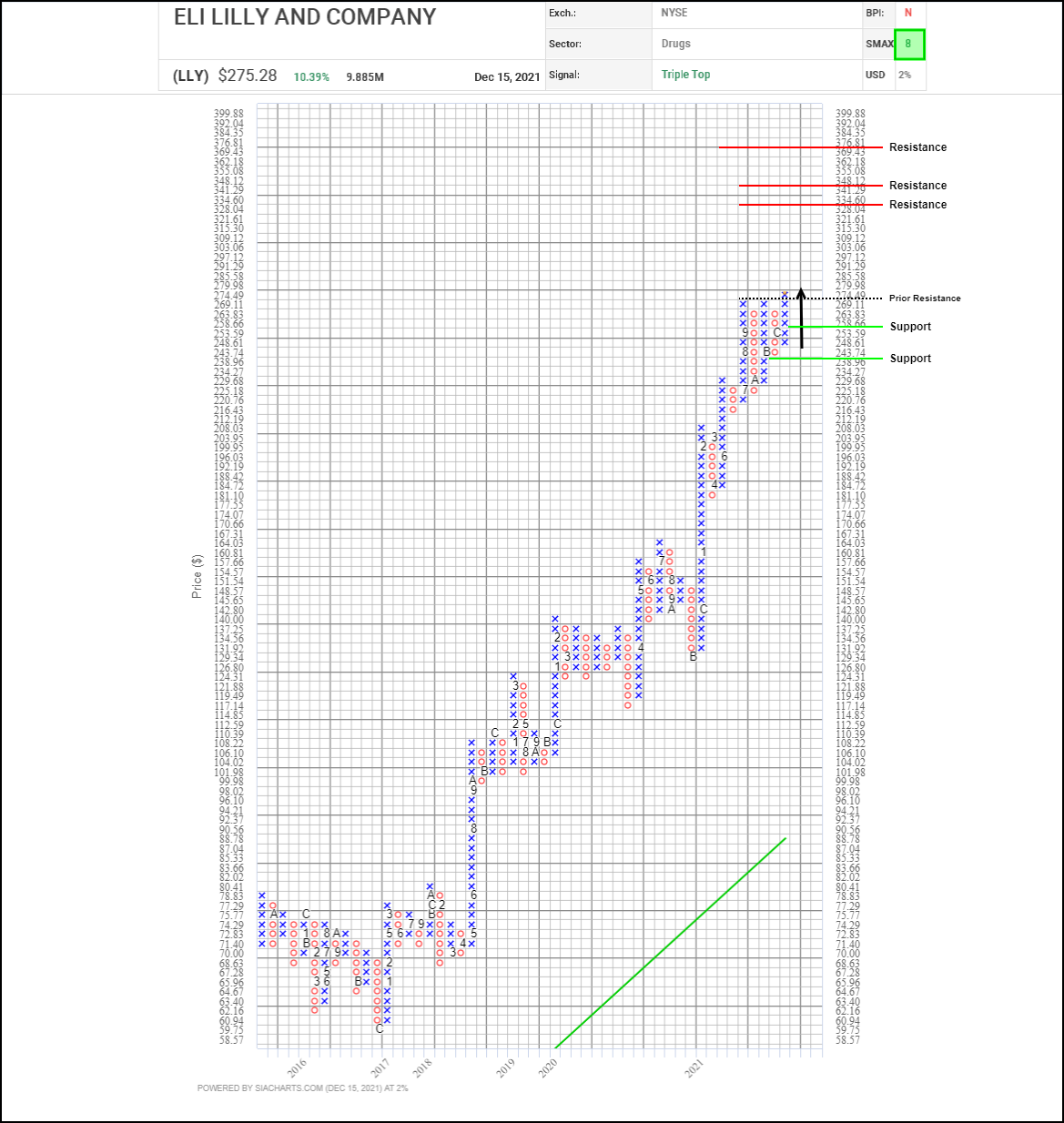