Copper producer First Quantum Minerals (FM.TO) has been steadily rising back up the ranks in the SIA S&P/TSX Composite Index Report since it started out deep in the red zone in October. Yesterday, FM.TO returned to the Green Favored Zone for the first time since May after jumping 26 spots in one day and 34 positions in the last month.

After trending upward through much of 2020 and the first five months of 2021, First Quantum Minerals (FM.TO) shares have been stuck in a sideways trading range for the last eight months. From May until October, the shares were under distribution, retreating in a falling channel of lower highs and lows. That ended with a successful retest of $20.00 as round number support and since then, FM.TO has been under renewed accumulation.

Over the last four months, the shares have snapped out of a downtrend and established higher support near $26.50. Yesterday, FM.TO broke out over $31.00 on increased volumes, signaling renewed investor interest and the start of a new upleg that has already moved to within striking distance of the May peak near the $35.00 round number. 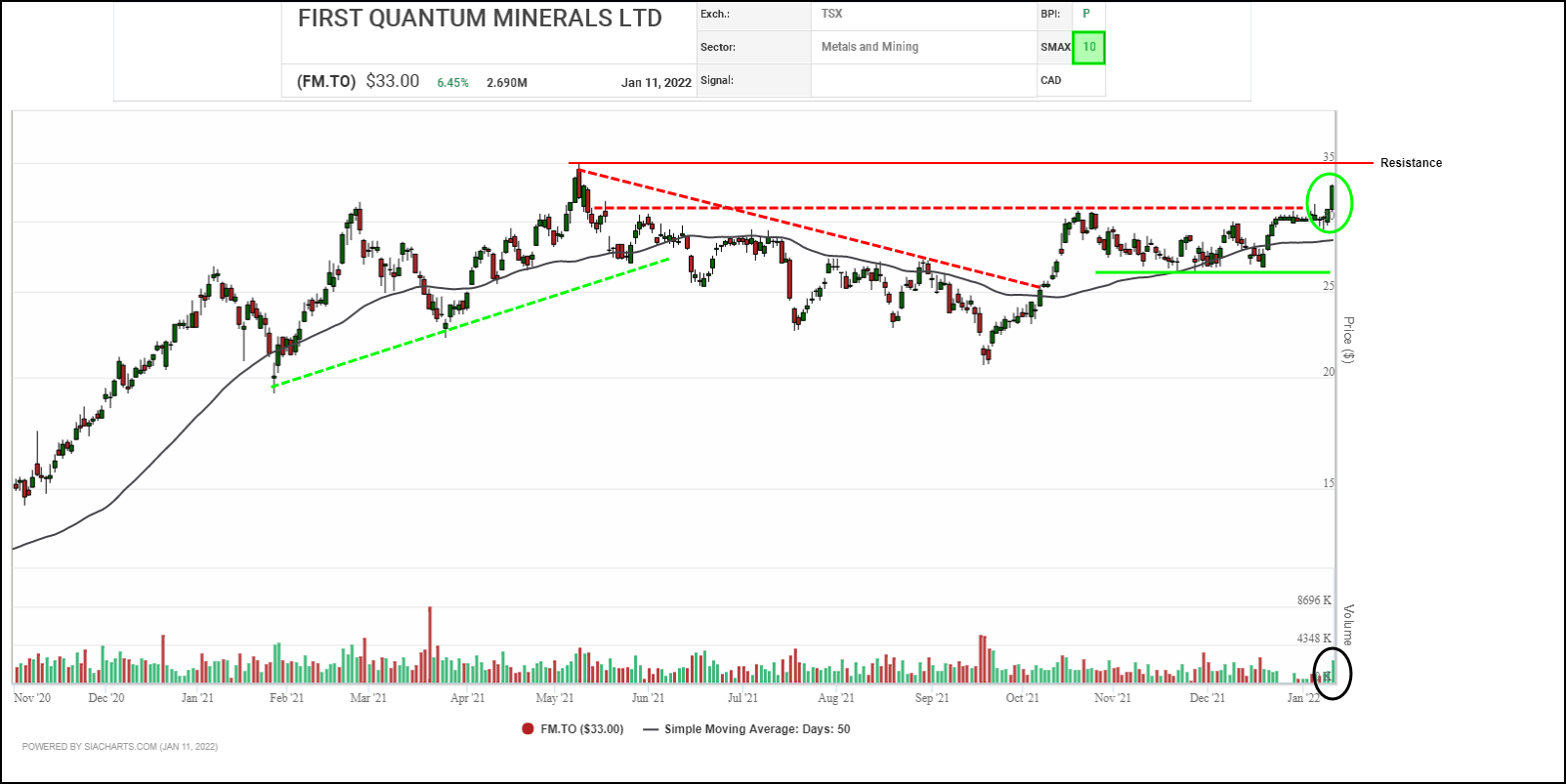 Back in October, First Quantum Minerals (FM.TO) snapped out of a downswing and called off a bearish pattern with a Triple Top breakout. Following an initial rally, the shares consolidated in a higher range through November and December, with higher lows indicating continued underlying support.

This month, accumulation has accelerated once again with the shares completing bullish Double Top and Spread Double Top breakouts to signal and confirm the start of a new upswing, that has carried the shares toward a test of their May high near $33.75.

A breakout over that level could confirm the start of a new upleg with vertical and horizontal counts suggesting next possible resistance on trend near $39.50, $41.10, and $44.50. A failure would suggest that the sideways trend which has been in place since May continues with initial support between $29.35, a recent breakout point and $29.95 based on a 3-box reversal and a test of the $30.00 round number.

With a perfect SMAX score of 10, FM.TO is exhibiting strength across the asset classes. 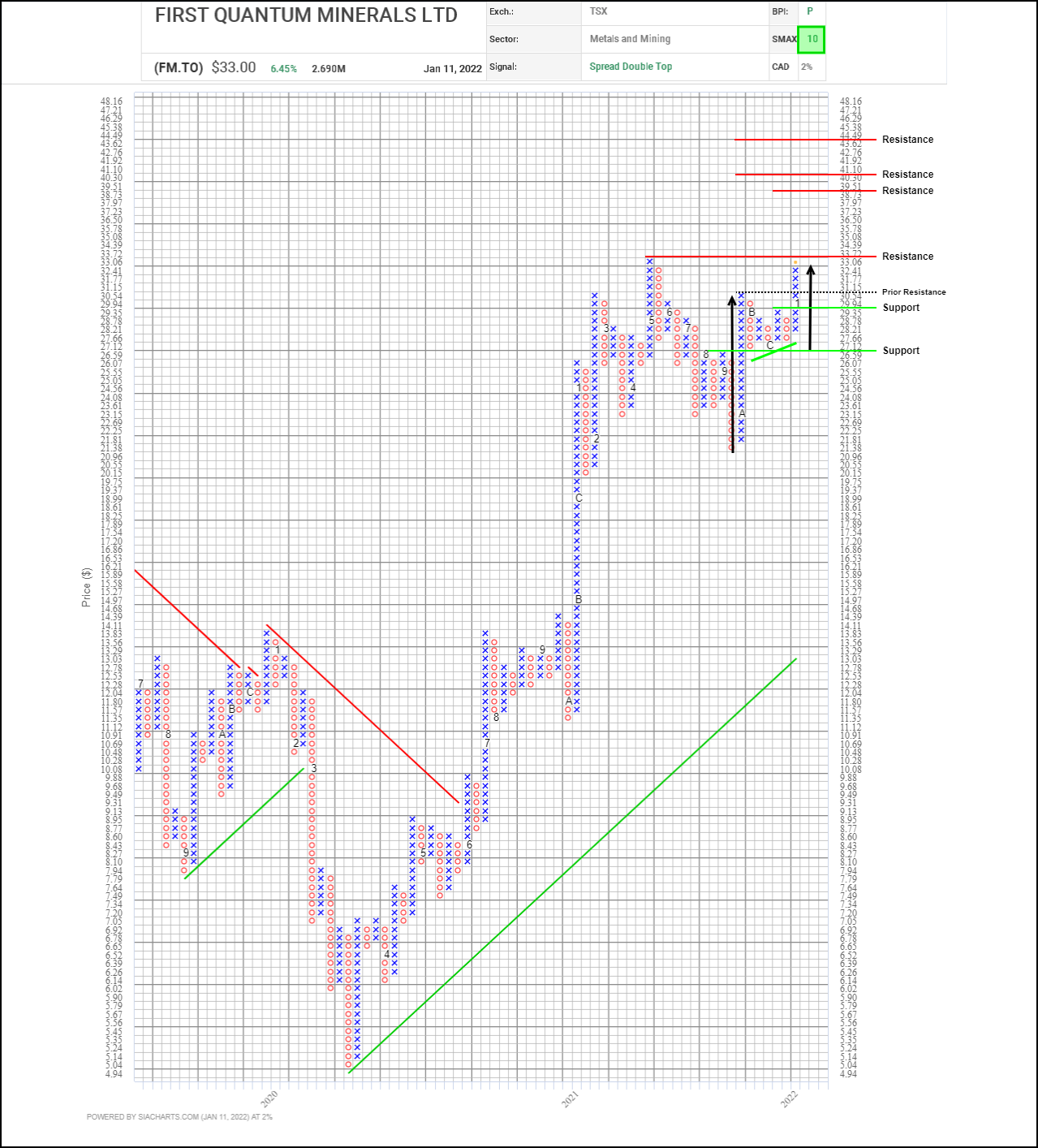