Earlier this month, Baytex Energy (BTE.TO) returned to the Green Favored Zone in the SIA S&P/TSX Composite Index Report and has continued to steadily march up the rankings. Yesterday it finished in 9th place, up 1 spot in the day and up 29 positions in the last month.

For over a year, Baytex Energy (BTE.TO) has been steadily advancing in a Rising Channel of higher highs and higher lows. An autumn correction bottomed out in December with a successful retest of trend line support near $3.20. Since then, the primary uptrend has reasserted itself with the shares regaining $4.00, retaking their 50-day average and climbing to new highs above $4.30.

Initial resistance may appear near the $5.00 round number, then $5.40 based on a measured move. Initial support appears near $4.25.

Baytex Energy (BTE.TO) has come under renewed accumulation in the last month, snapping out of a downtrend, and completing a series of bullish pattern breakouts, including a Double Top and two larger Spread Double Tops. They have also broken through their November high near $4.35 which confirmed the start of a new upleg and a bullish High Pole continues.

Horizontal counts suggest potential upside resistance tests on trend may appear near the $5.00 round number, $5.65, and the $6.00 round number. Initial support appears near $4.30 based on a 3-box reversal and a retest of the most recent breakout point.

With a perfect SMAX score of 10, BTE.TO is exhibiting strength against across the classes. 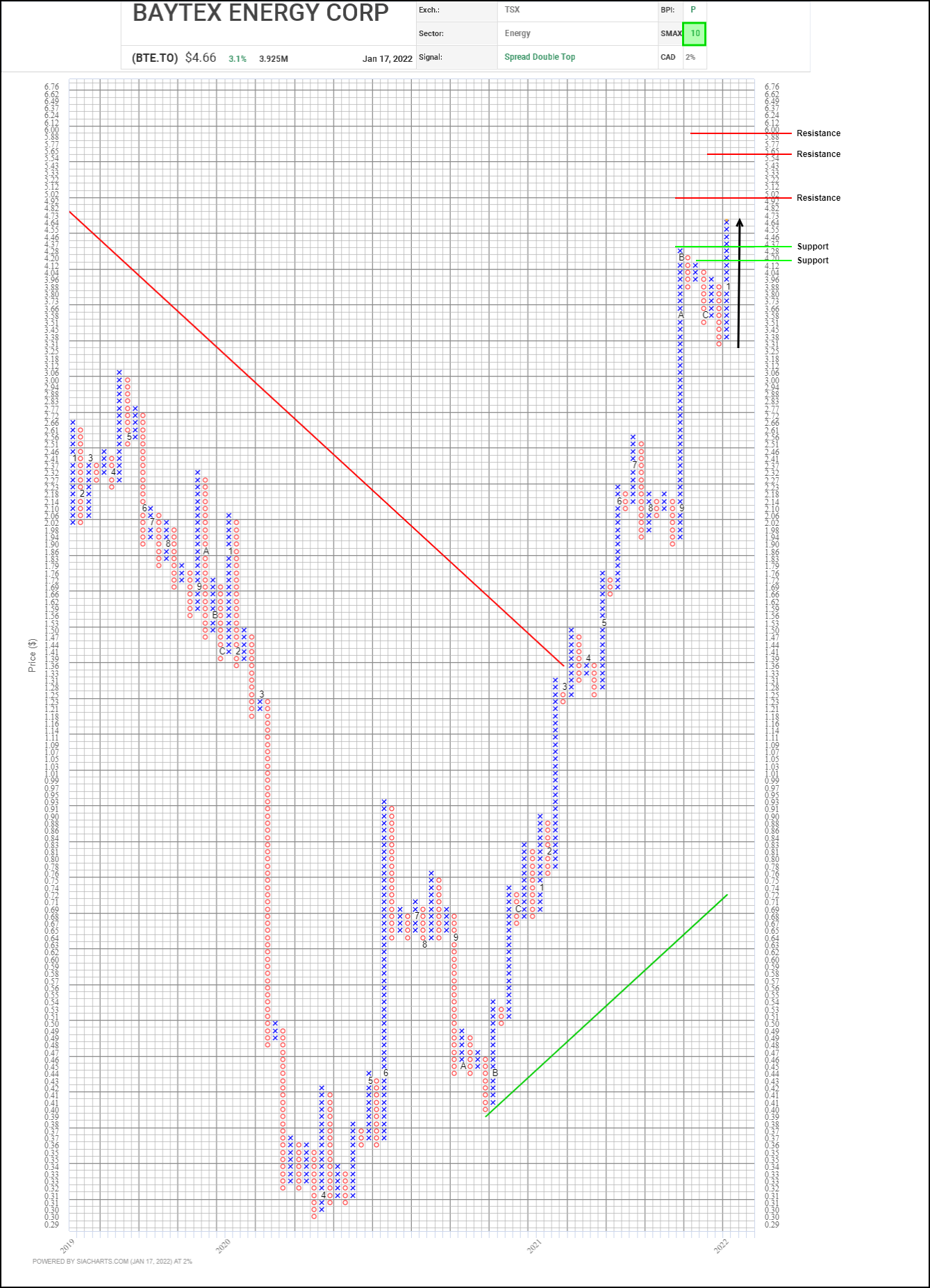