The most recent example of relative strength analysis as an avoidance tool is Netflix (NFLX). Last night, after the markets closed, the streaming service released disappointing earnings and guidance which sent is shares plunging approximately 20% in aftermarket trading down into the low $400s.

Netflix (NFLX) exited the green zone of the SIA S&P 100 Index Report back in June of 2020 and has not returned. Since then, NFLX has spent most of its time in the Red Unfavored Zone with a couple of bounces up into the yellow zone, the last of which ended with the shares tumbling back into the red zone on December 16th.

Candlesticks show that just this week, Netflix (NFLX) shares have weakened significantly. In the last three days, the shares plunged from near $600 toward $500 on increasing volumes, a sign of growing selling pressure, and snapped a long-term uptrend line.

Candlesticks may help to answer the question “How low could Netflix go?”. Premarket trading suggests the shares could fall toward $400 initially, with previous highs and lows suggesting next downside support possible near $375 and $340. The March 2020 low was near $300 and the September 2019 low was near $250. If $400 support holds initial resistance on a rebound could emerge in the $455 to $475 area. 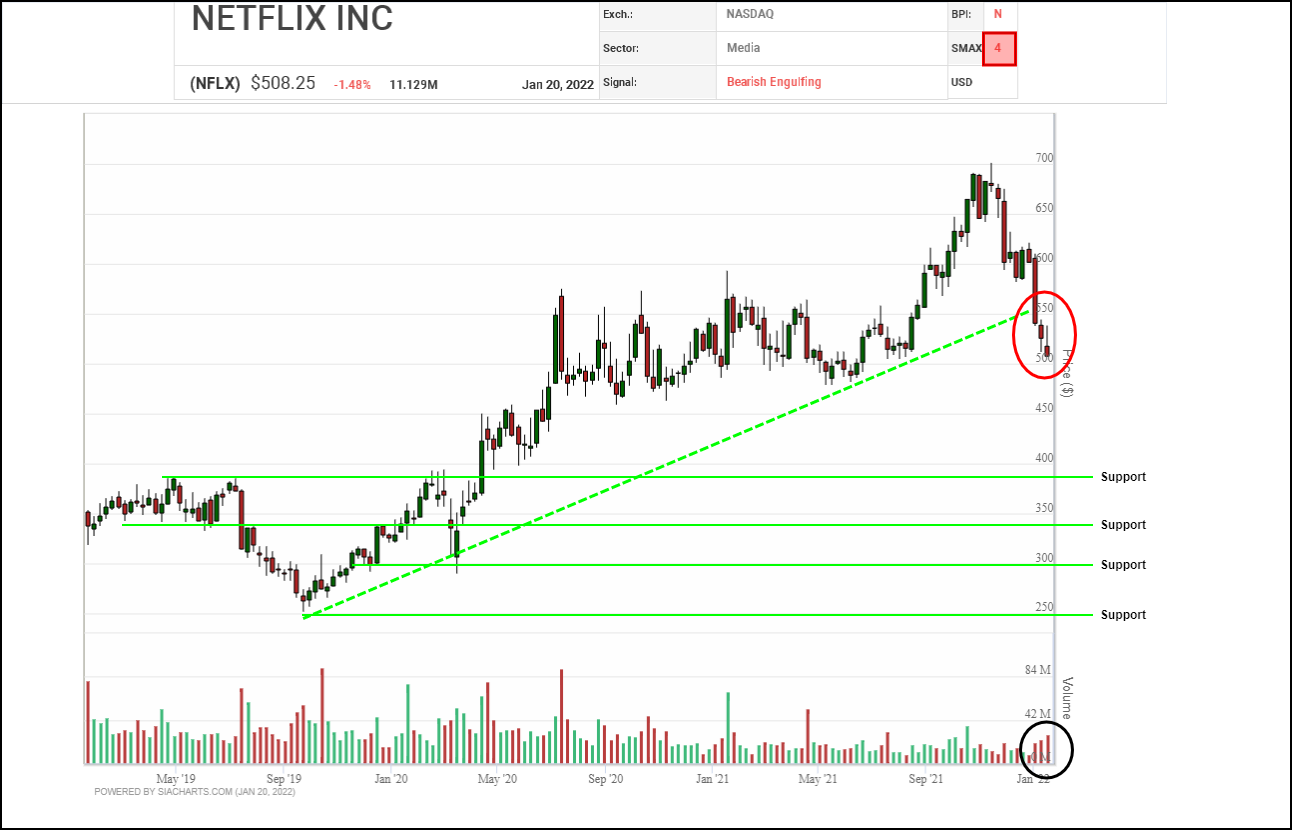 Technical conditions for Netflix (NFLX) shares have been deteriorating for several weeks now. After spending the first half of 2021 stuck in a sideways range, the shares staged a summer rally which peaked in November just short of $700.00 Since then, the shares have been under distribution, staging a series of Double Bottom breakdowns on November 30th, December 14th, and January 5th, two of which led into extended Low Pole declines.

Premarket action suggests that the shares could crash through $467.75 and $440.65 today, but those could become potential resistance levels on a trading bounce.

With a bearish SMAX score of 4, NFLX is exhibiting weakness against the asset classes, and has been doing so since its SMAX score fell to 5 on January 6th. 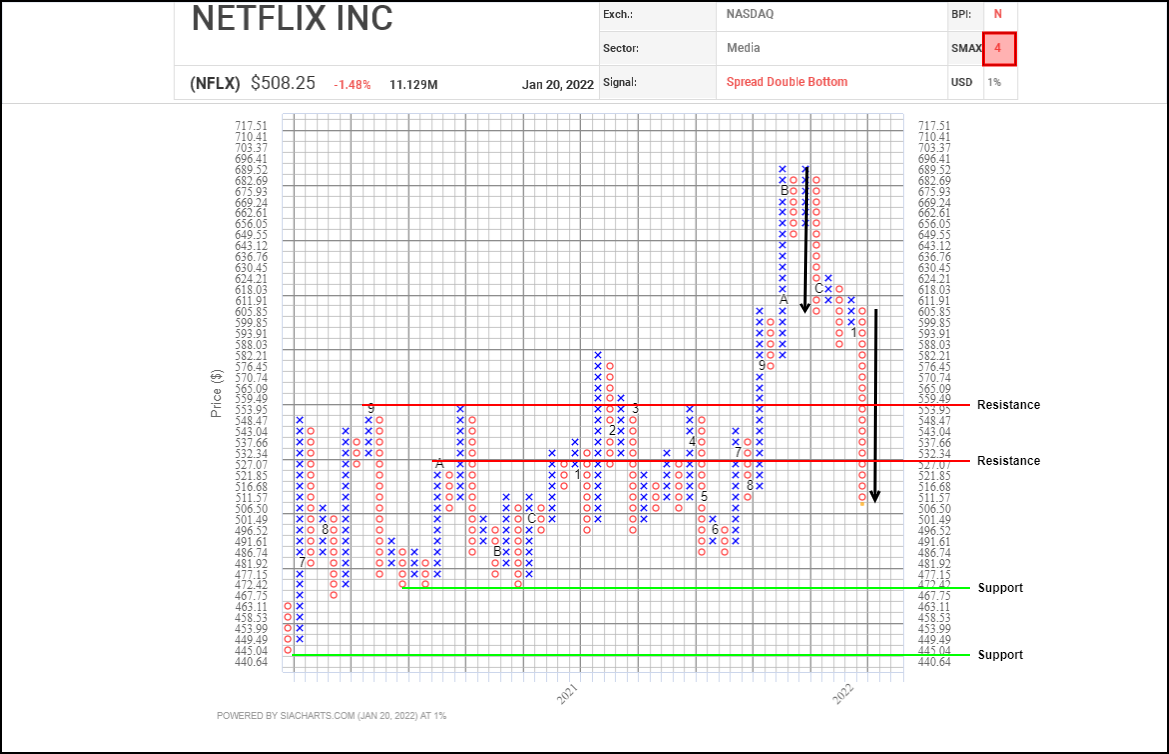