Defense contractor Raytheon Technologies (RTX) appears to finally be getting its day in the sun. After spending nearly all of the last decade stuck in the red zone of the SIA S&P 500 Index Report, Raytheon has rocketed up the rankings lately and recently returned to the Green Favored Zone for the first time since 2010. Yesterday, the shares finished in 10th place, up 6 spots on the day and up 24 positions in the last month.

Slowly but steadily, Raytheon Technologies (RTX) has been steadily clawing back territory lost in the March 2020 Market Crash. Raytheon enters March 2022 on a breakout, having regained the $100.00 round number to complete a bullish Ascending Triangle pattern, confirming a previous breakout over $80.00 and signalling the start of a new upleg. Measured moves suggest potential upside resistance on trend may appear near $110.00, $120.00, and $150.00 on trend, the last of which aligns with the shares’ early 2020 peak. The $125.00 round number may also provide a notable test. Initial support appears at the 50-day moving average near $89.75. 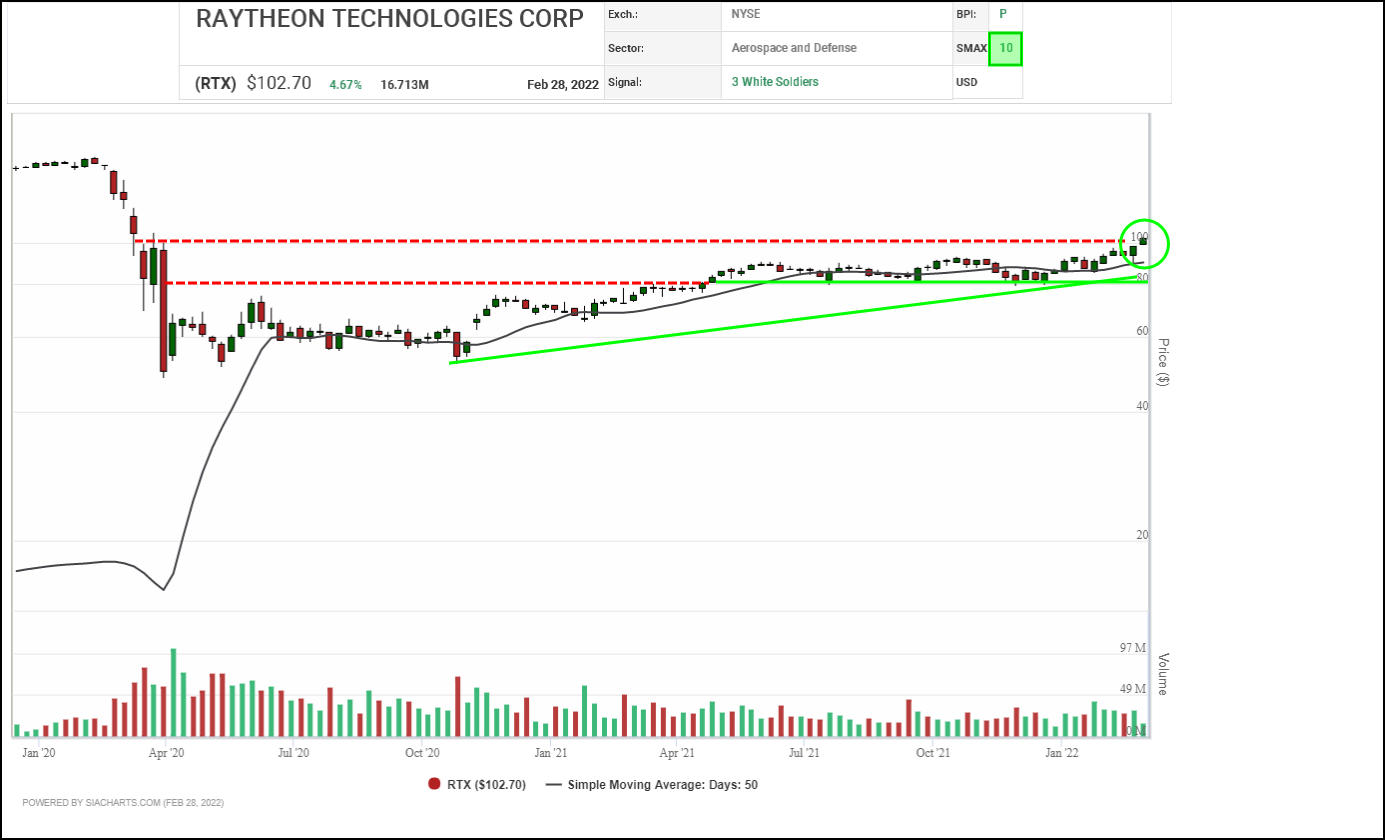 For nearly two years since the March 2020 market bottom, Raytheon Technologies (RTX) has been under accumulation, advancing in a step pattern of rallies followed by periods of consolidation at higher levels. After spending the second half of 2021 trending sideways, Raytheon has come under renewed accumulation this year, completing bullish Double Top and Spread Double Top breakouts and rallying to new all-time highs above $100.00. Combined, these indicators suggest that a new rally phase within a primary uptrend has commenced.

Vertical and horizontal counts suggest potential initial resistance near $111.20 then $115.70, followed by the $125.00 round number on trend. Initial support appears near $93.05 based on a 3-box reversal.

With a perfect SMAX score of 10, RTX is exhibiting strength across the asset classes. 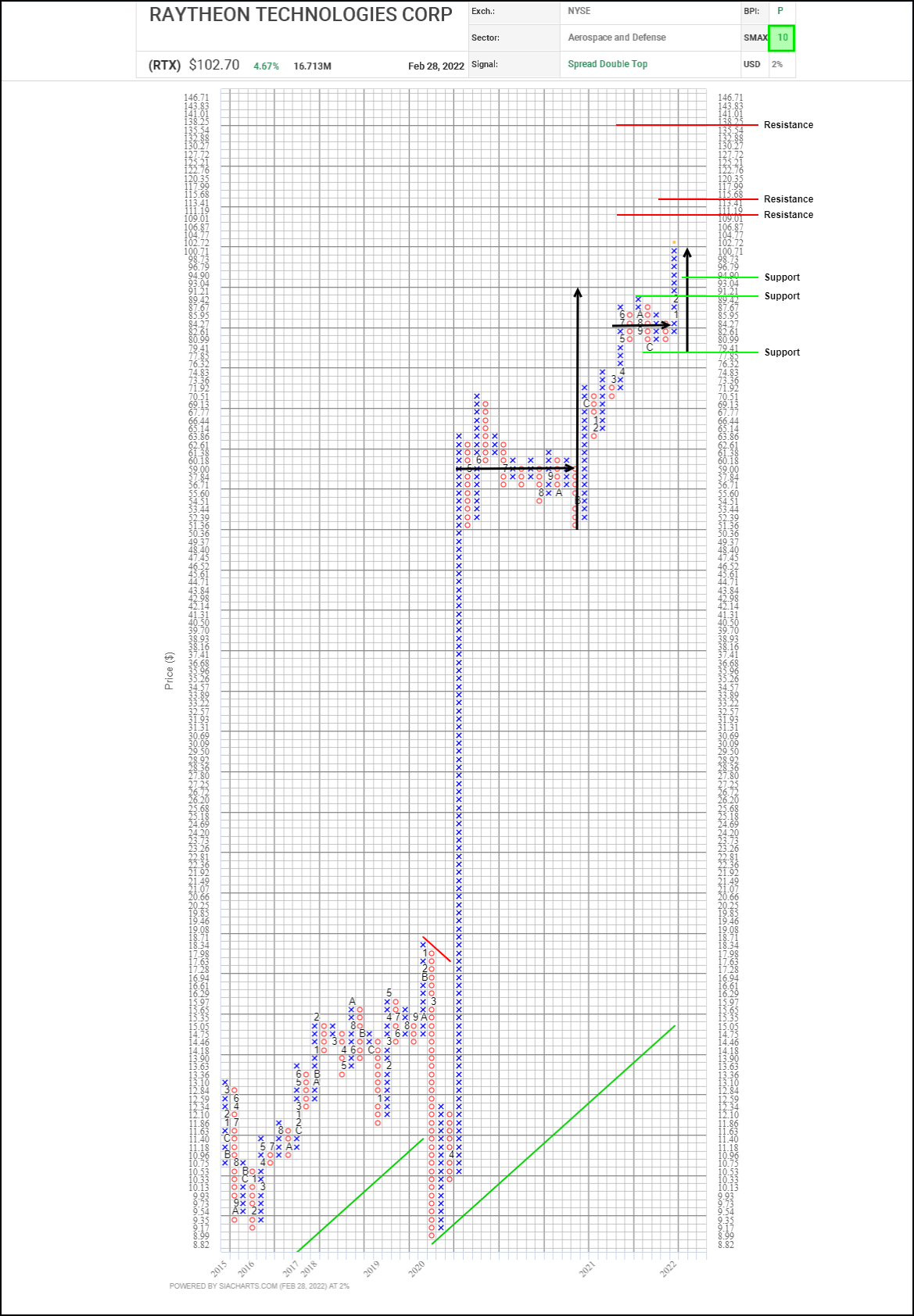