Farm equipment producer Deere & Co (DE) has been climbing up the rankings in the SIA S&P 500 Index Report since December and recently reached its highest ranking since May of 2021. Yesterday, DE finished in 36th place, up 4 spots on the day and up 22 positions in the last month.

Since March of 2021, Deere (DE) shares had been stuck in a sideways channel trading between $325.00 and $400.00, consolidating gains made in a previous advance. Since a successful retest of $325.00 support, the shares have been bouncing back. Yesterday, they blasted through $400.00 to a new all-time high, confirming that accumulation has resumed and signaling the start of a new upleg within a larger upward trend. 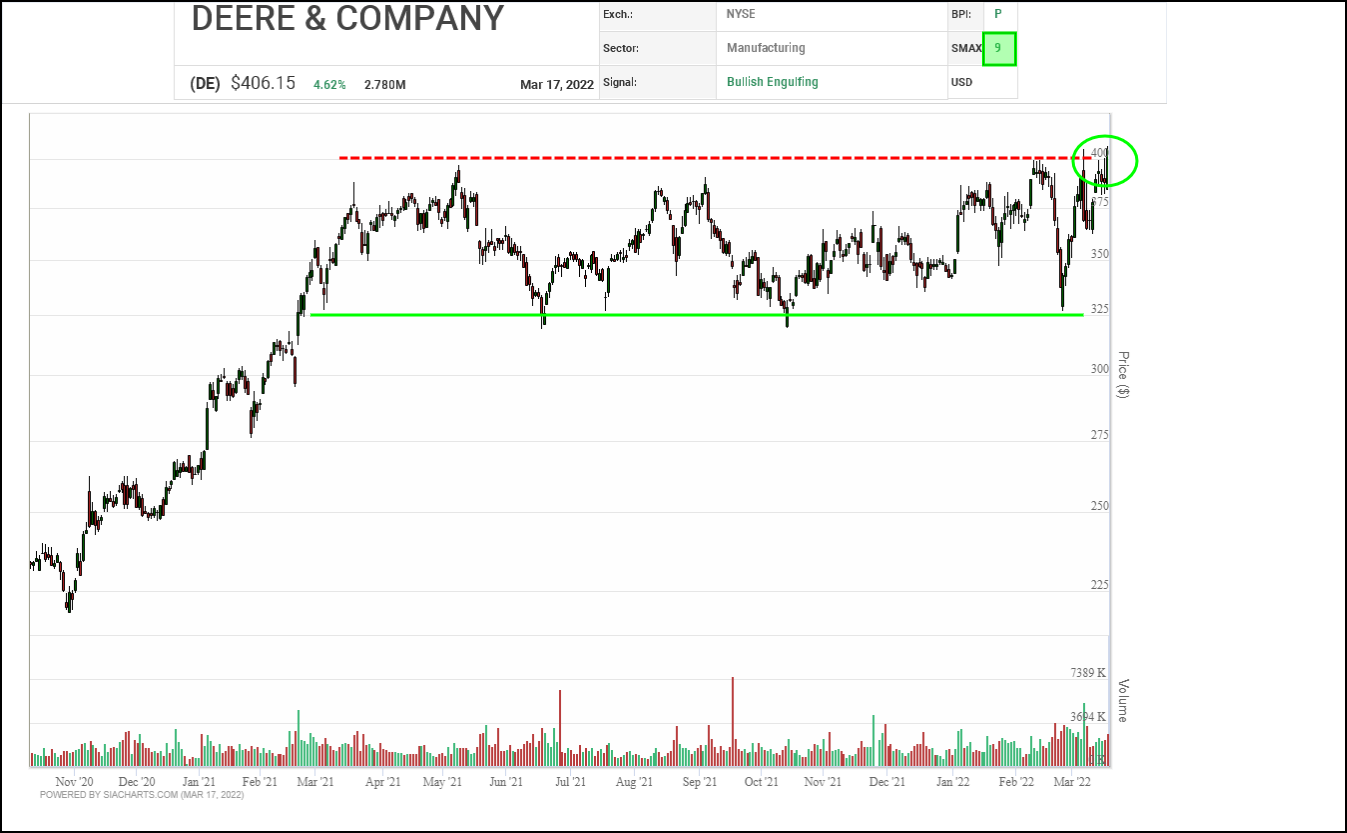 A major breakout is underway in Deere (DE) shares. For nearly a year the shares had been trending sideways, digesting a big high pole advance that took place over late 2020 and early 2021. This week the shares have broken through the top of this range, completing a bullish Spread Quadruple Top pattern and then cleared the $400.00 round number, signaling and confirming the start of a new advance.

With a bullish SMAX score of 9, DE is exhibiting strength against the asset classes. 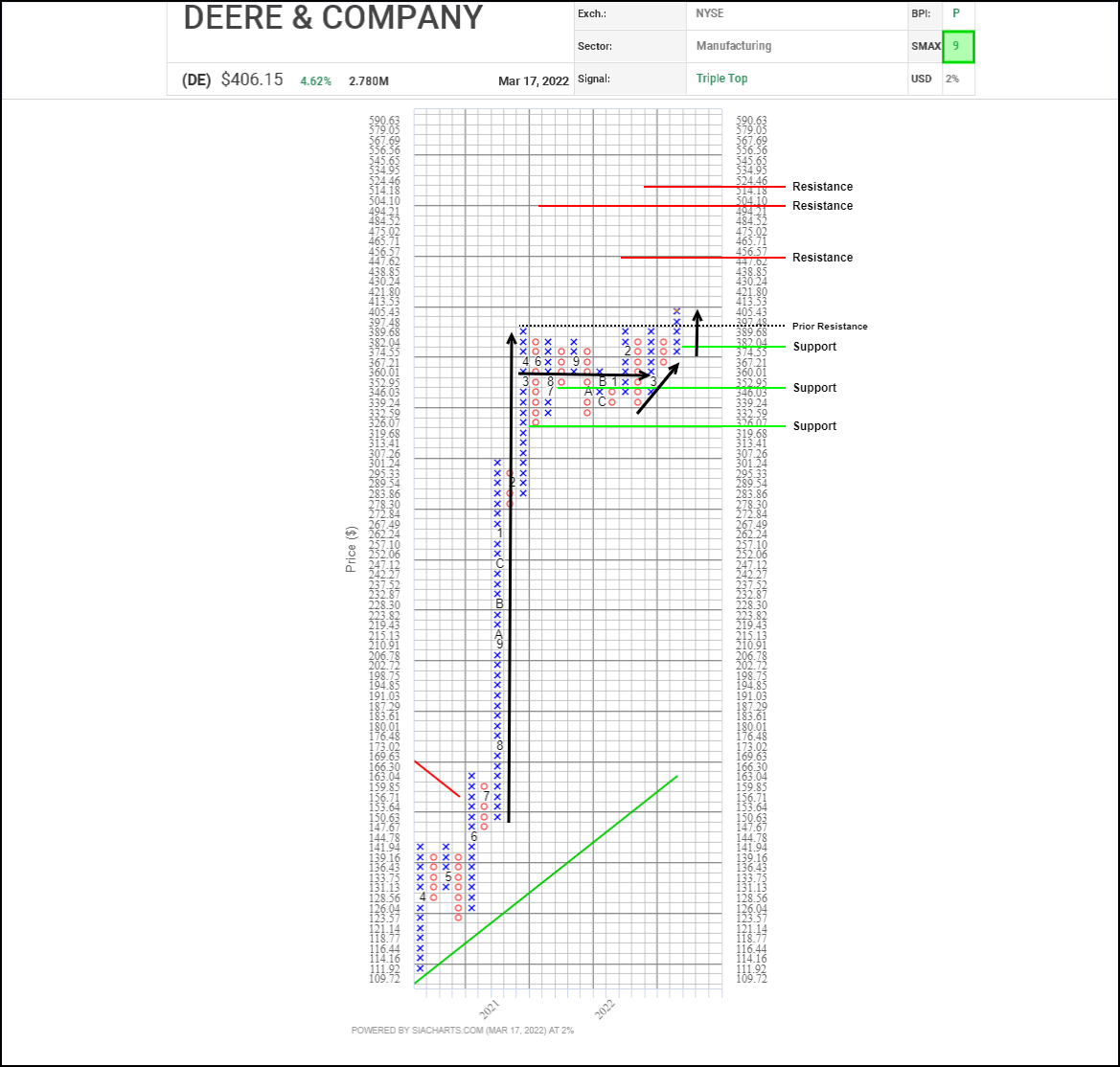