Heavy equipment producer Caterpillar (CAT) has been steadily climbing up the rankings in the SIA S&P 100 Index Report. Having started deep in the red zone last November, CAT has moved up toward the top of the Green Favored Zone, cracking back into the Top 10 yesterday. Finishing in 10th place, the shares jumped 11 positions yesterday and they are up 3 spots in the last month.

Last month, a downswing in Caterpillar (CAT) shares bottomed out after being contained by support near $180, a previous breakout point. Since then, the shares have been bouncing back within their wider, well established trading range. Recently, the shares have been climbing on higher volumes, a sign of increased accumulation and yesterday they closed above $230 for the first time since June of 2021. 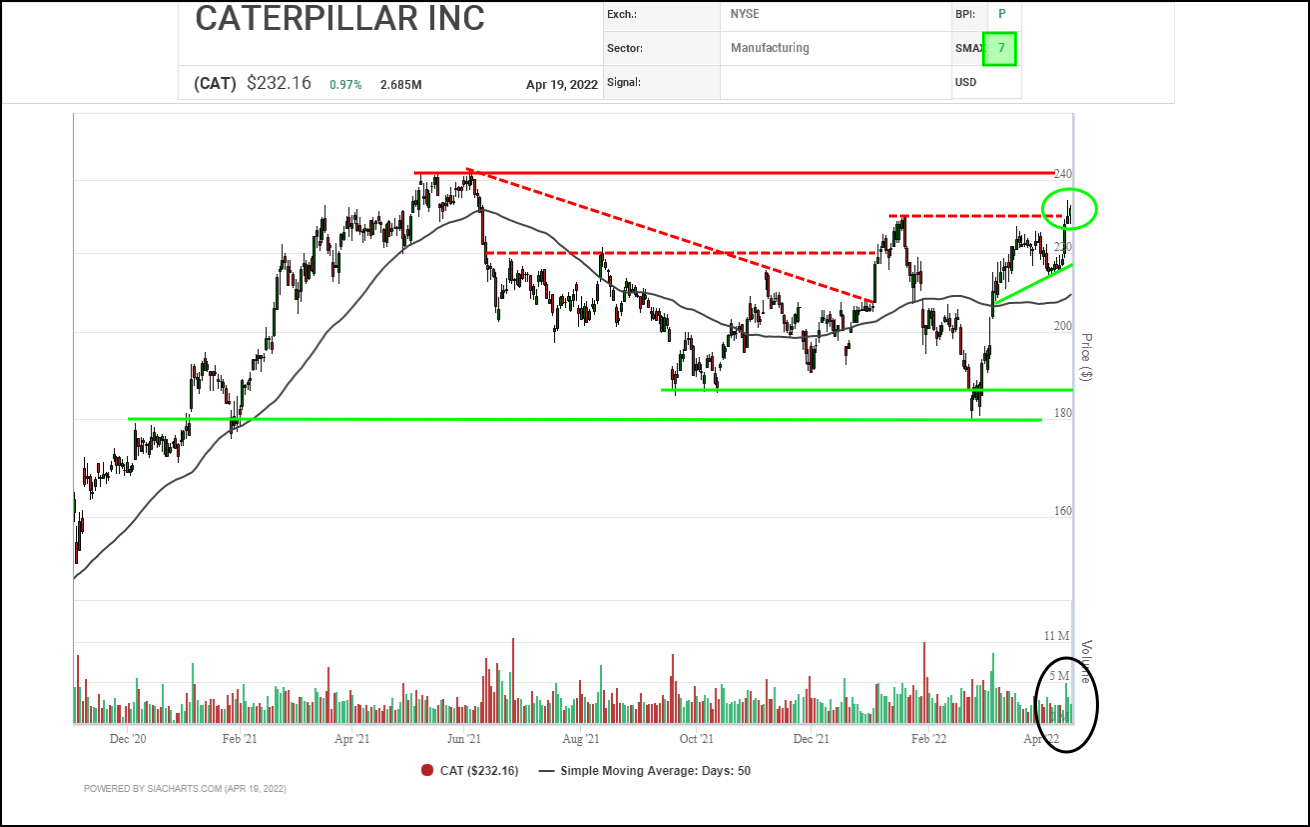 Caterpillar (CAT) has been trending sideways between approximately $190.00 and $240.00 for about a year now. Last month, a downswing bottomed out in a bullish Bear Trap where CAT broke down by one row then reversed upward. A recent bullish Double Top has called off a previous bearish double bottom.

The shares are currently approaching their June 2021 peak. A breakout above $241.10 to a new high would signal the start of a new advance with next potential resistance near $266.20 and $293.90 on trend based on horizontal and vertical counts. Initial support appears near $214.10 based on a 3-box reversal.

With a bullish SMAX score of 7, CAT is exhibiting strength against the asset classes. 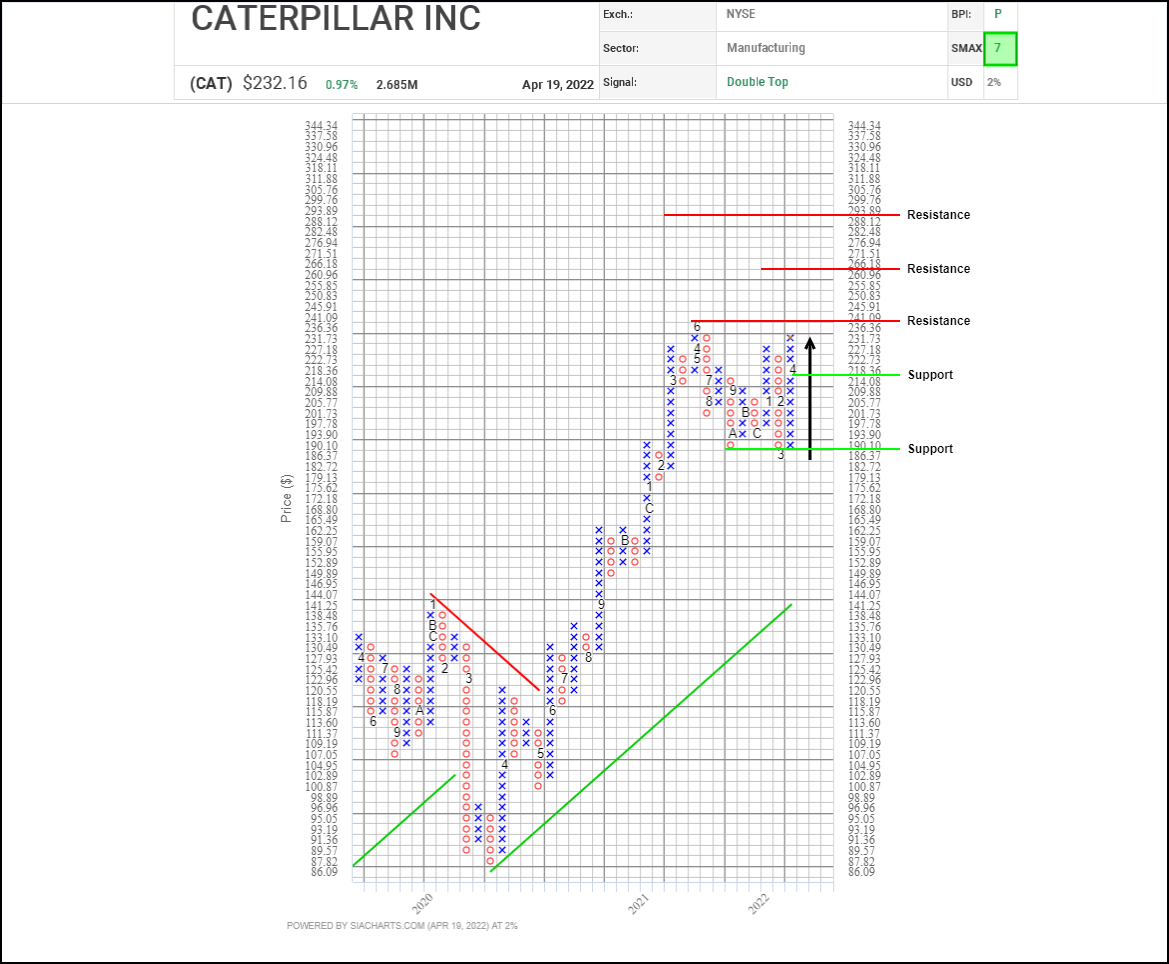