Between the slowdown in the housing sector and the price of lumber trading at less than half of where it was six months ago, forest products stocks like West Fraser Timber (WFG.TO) have started to struggle. WFG.TO has been sliding down the rankings in the SIA S&P/TSX Composite Index Report since July. Yesterday it dropped out of the green zone into the Yellow Neutral Zone after falling another 17 positions to 65th place.

A long-term uptrend in West Fraser Timber (WFG.TO) appears to have peaked over the summer. Back in July, a breakout over $130.00 failed to hold above that level, a sign of exhaustion, and then in August, a rebound attempt faltered at a lower high near $125.00. In recent days the shares have started a new downswing, gapping lower, taking out their 50-day average and falling back under $110.00. 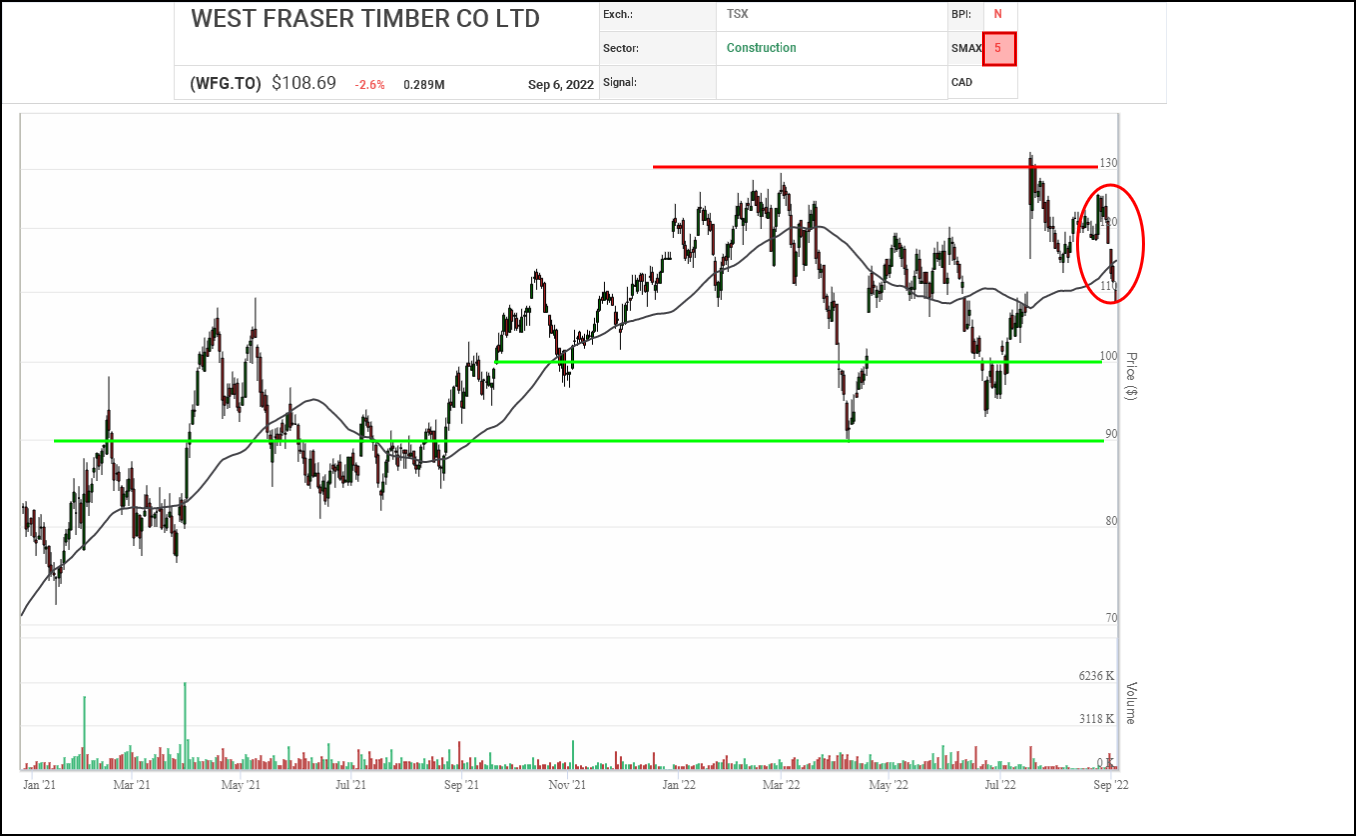 The uptrend which saw West Fraser Timber (WFG.TO) soar through 2020 and 2021 appears to have ended with the shared downshifting into a sideways trend primarily between $92.50 and $127.50 since the start of this year. A brief move up toward $132.00 appears to have been a buying climax as since then, a new downtrend of lower highs has emerged. Most recently, a downswing appears to have started with the shares breaking down below $115.00 and completing a bearish Double Bottom pattern.

Support tests within the current trading range include the $100.00 round number, previous column lows near $98.10 and $94.30, then $88.85 based on a horizontal count. Initial resistance on a bounce appears near $119.60 based on a 3-box reversal. With its SMAX score declining to a bearish 5, WFG.TO is exhibiting weakness against the asset classes. 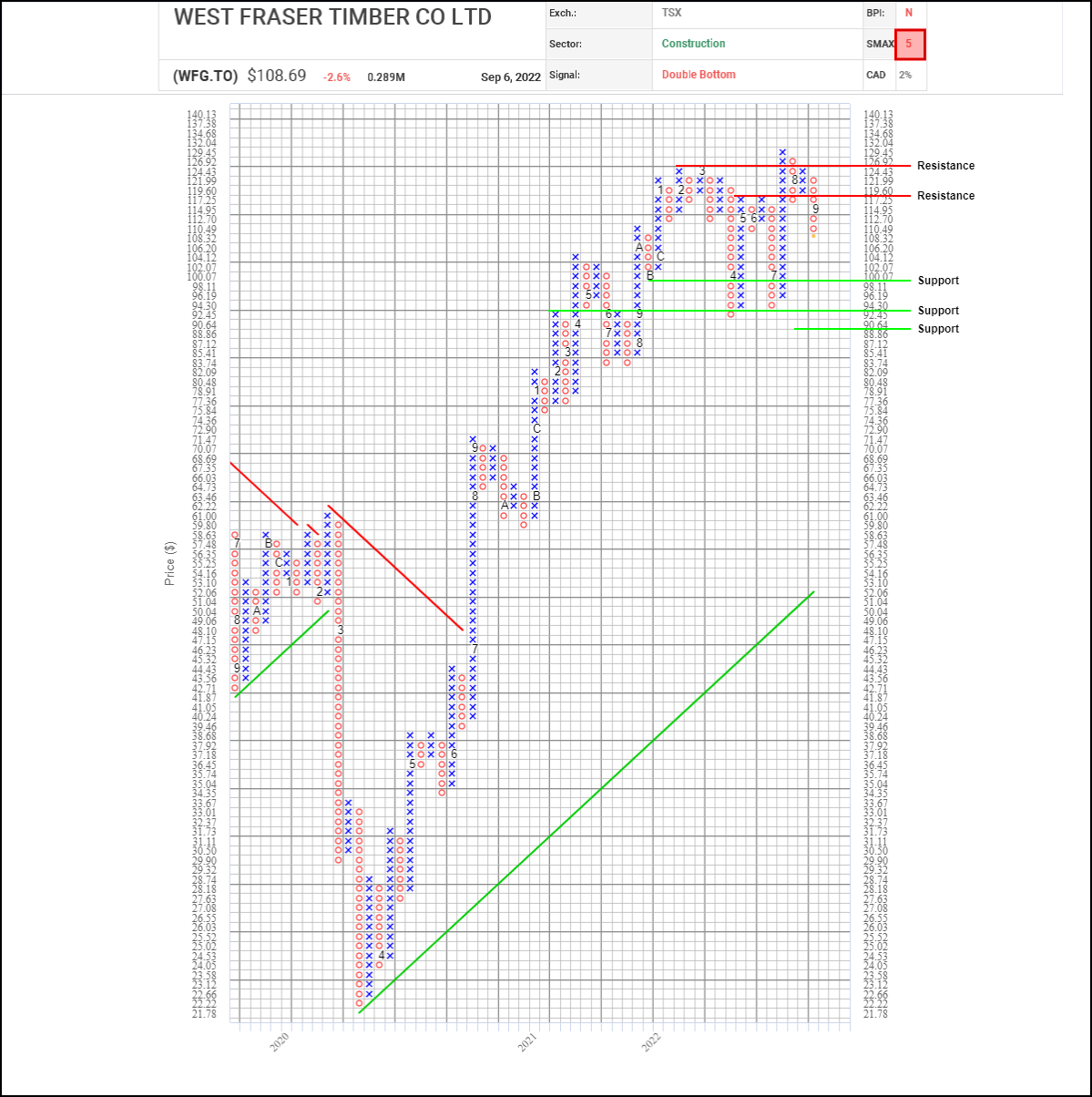