The performance of software producer Descartes Systems Group (DSG.TO) provides an example of the relative strength roller coaster ride technology stocks have been on within equity markets this year. Back in December and January, DSG.TO dropped from the green zone in the SIA S&P/TSX Composite Index Report down into the red zone. It remained depressed until June when it rallied back up into the green zone. Since the beginning of August, Descartes’ relative strength has been eroding and it recently dropped back into the Yellow Neutral Zone. Yesterday it finished in 66th place, down 2 spots on the day and down 11 positions in the last month.

A previous uptrend in Descartes Systems Group (DSG.TO) peaked in a bearish Head and Shoulders Top (orange circle) in late 2021 and since November a new downtrend of lower highs has been underway. A summer bounce peaked in August and since then the shares have been under renewed distribution, consistently setting lower highs over the last month.

What started as an orderly decline appears to be accelerating. Recent downward pulses (red circle) have been on volume spikes (black circle) indicating increased selling pressure and the shares have taken out their 50-day average plus a recent low, confirming the start of a new downleg. Next potential downside support appears near the $80.00 round number, then previous lows in the $67.50 to $72.50 zone. Initial resistance appears at the 50-day moving average near $89.50. 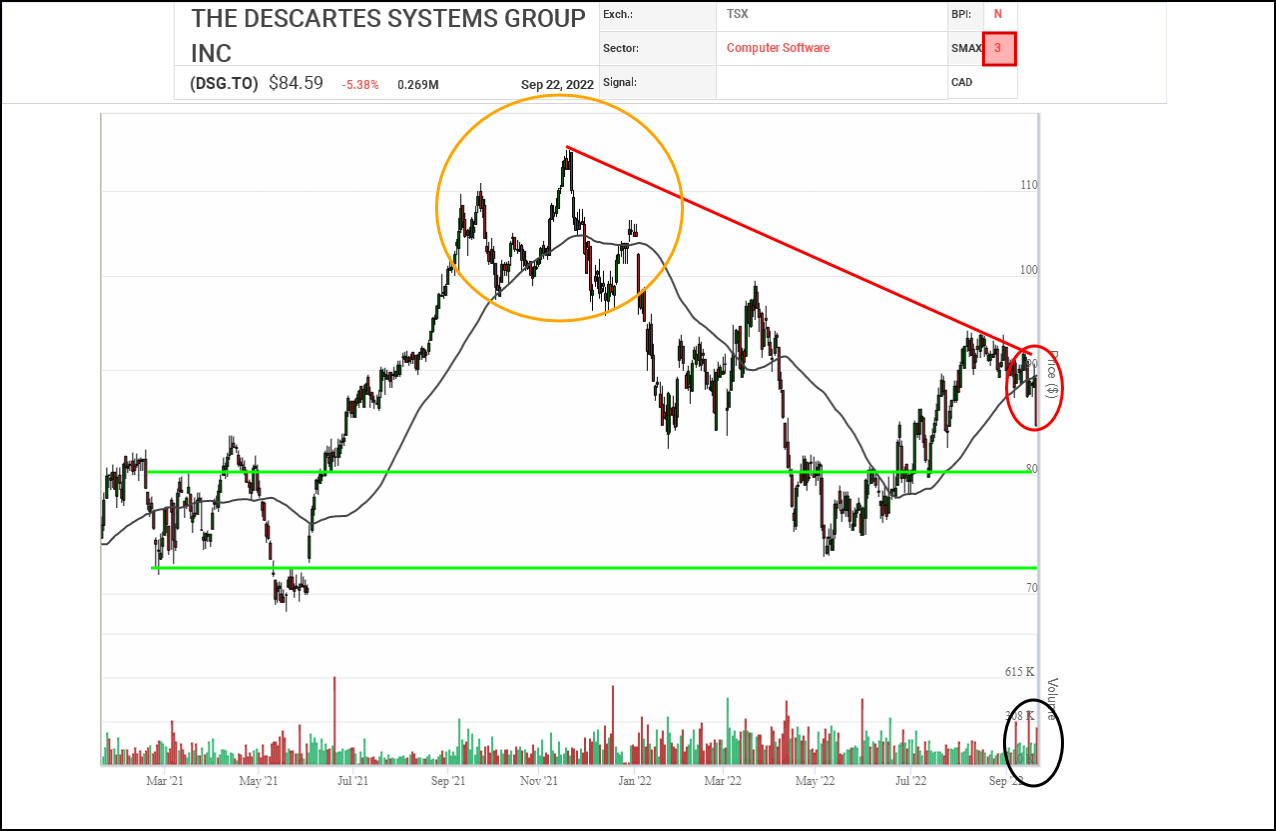 This 1% chart highlights the ups and downs in Descartes Systems Group (DSG.TO) shares over the course of this year. Since peaking in November of 2021, a downtrend of lower highs has emerged. More specifically, a potential bearish Triple Waterfall pattern appears to have emerged. So far we have seen two sharp waterfall plunges, in January and April, with significant bear market rallies in between that peaked at lower highs in March and August.

Since the last peak in August, the shares have started to roll down once again and could potentially be heading toward a third waterfall. Since the beginning of this month, the shares have confirmed downtrend resistance, staged a bearish Double Bottom breakdown, and are currently testing an uptrend support line that would be broken on a close below $84.10.

Next potential downside support appears near $80.00, where a round number, and previous column highs/lows converge, then $76.10 based on a horizontal count, and the May low near $73.15. Initial rebound resistance appears near $88.40 based on a 3-box reversal.

With its bearish SMAX score falling to 3, DSG.TO is exhibiting weakness against the asset classes. 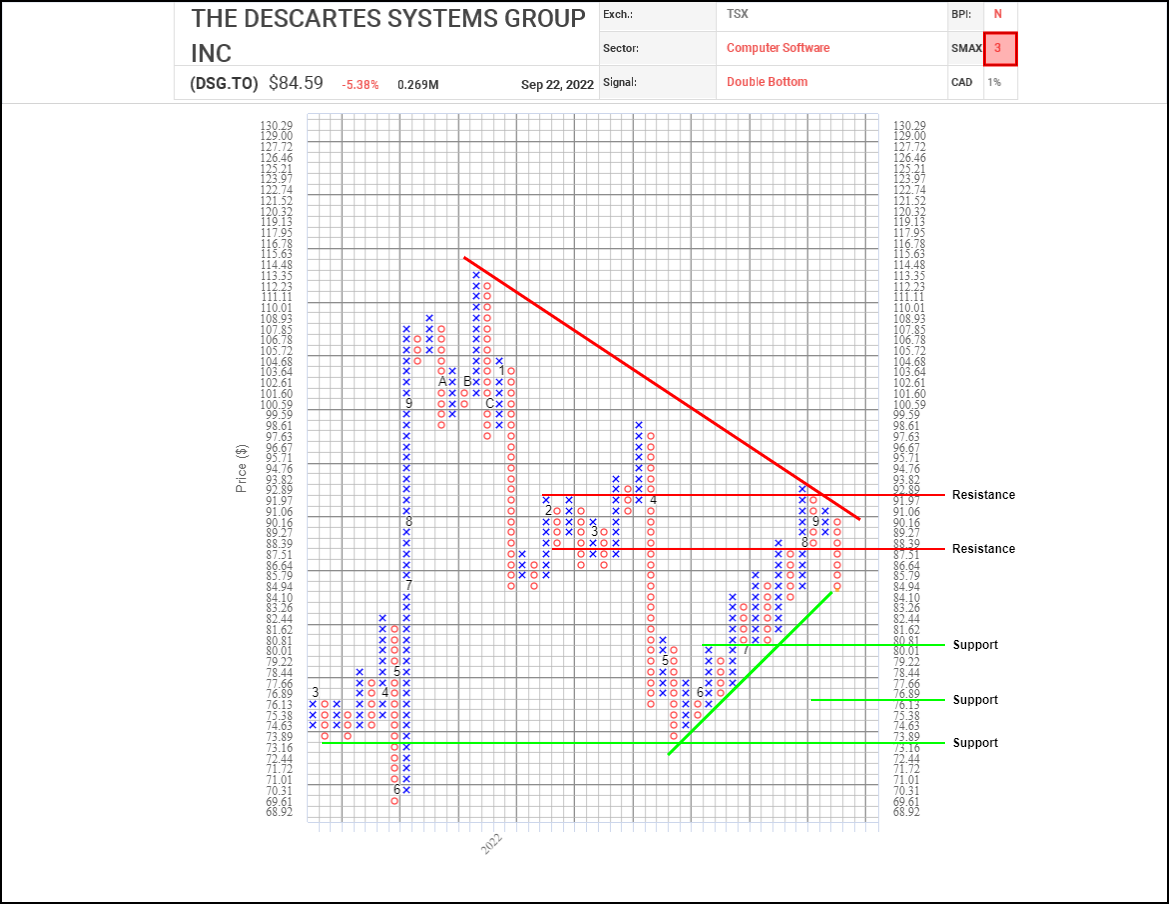