Natural gas and liquids pipeline ONEOK (OKE) spent most of the last two years in the green zone of the SIA S&P 500 Index Report, but its relative strength has weakened lately. The first crack and dip into the Yellow Neutral Zone came in June. A summer rebound appears to have ended with the shares starting to roll down in the rankings once again. Yesterday, OKE finished in 129th position, down 31 spots on the day and down 53 places in the last month.

A major top has formed in ONEOK (OKE) shares and a breakdown has started. Over the last year, a bearish Head and Shoulders Top has been forming, which completed yesterday with a close below the neckline. A recent breakaway gap downward and recent declines on a spike in volume also indicate that downward pressure has increased. A close below $50.00 would confirm that a new downleg has started.

Based on previous lows, next potential downside support tests appear near $46.00 and then $40.00 on trend. Initial resistance appears near $55.00, the bottom of the recent bearish gap.

Since peaking back in April, ONEOK (OKE) shares have been under distribution. A summer bounce peaked at a lower high, confirming the start of a new downtrend. Selling pressure appears to be intensifying with the shares completing bearish Double Bottom and Spread Double bottom breakdowns that have extended into a bearish Low Pole, confirming the start of a new downleg.

Based on previous column highs and lows, next potential support appears near $46.10, then $43.45 based on a horizontal count and $40.90 based on a vertical count. Initial rebound resistance appears near $55.10.

With a bearish SMAX score of 3, OKE is exhibiting weakness against the asset classes. 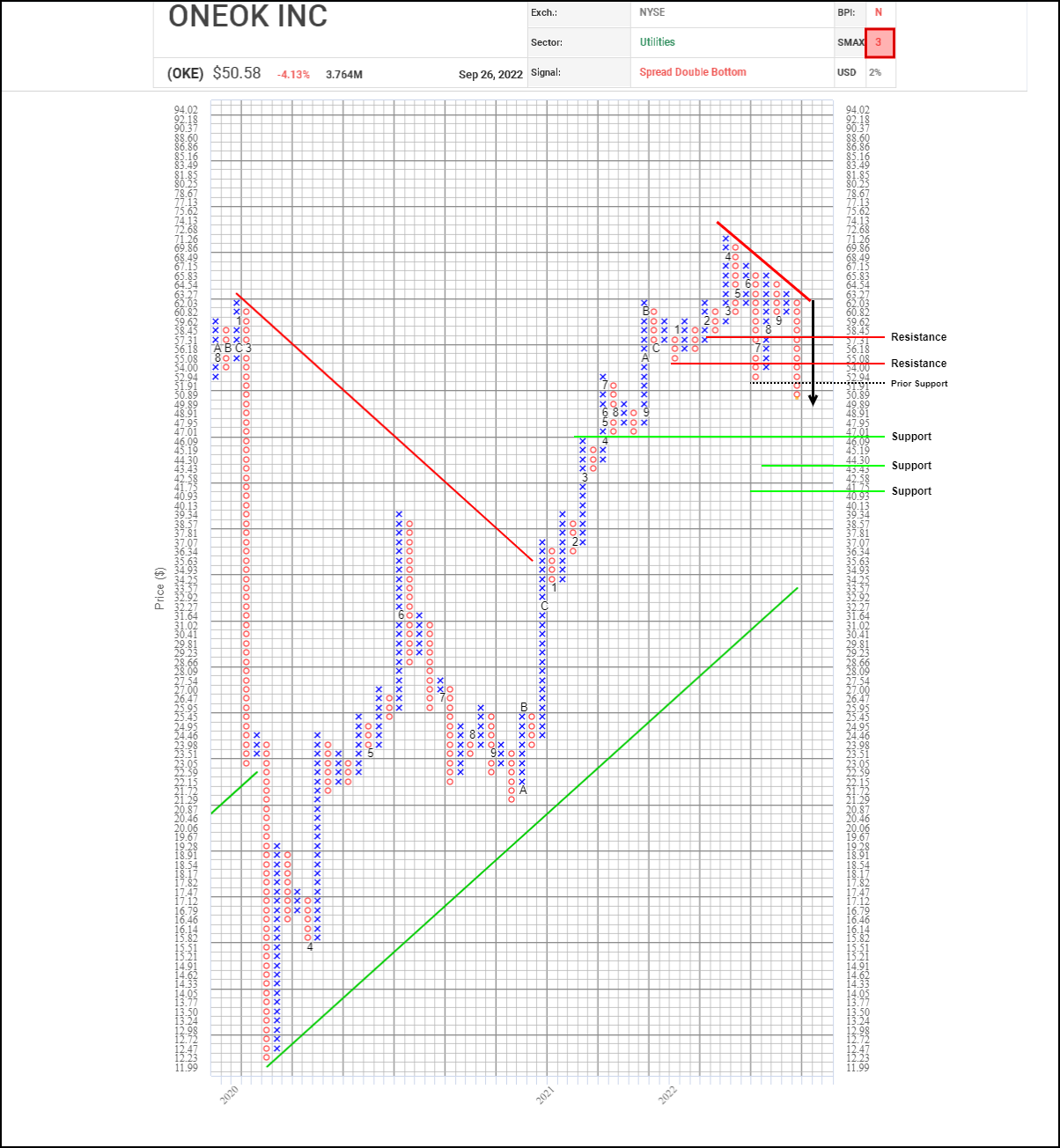