Textron (TXT) is a producer of helicopters, other aircraft and other types of vehicles for defense and industrial applications. Since returning to the Green Favored Zone in the SIA S&P 500 Index Report in October from a brief dip into the yellow zone, TXT shares are up 19.8%. Yesterday, they moved up another 13 spots and currently sit in the 69th position. A look at the 50-day moving average of Textron (TXT) shares over the last year shows how the trend started out downward in the first half, bottomed out and shifted sideways over the summer and has turned back upward in the last six weeks. Back in October, Textron successfully retested the bottom of a $57.00 to $68.00 trading range and since then, it has been under renewed accumulation, regaining its 50-day average and then blasting through the top of its range to signal the start of a new uptrend.

More recently, the $68.00 breakout point has reversed polarity to become new support and the shares have been consolidating gains between there and $72.50 where a breakout would signal the start of a new upleg. Potential upside resistance appears on trend in the $77.00 to $79.00 range where measured moves and the January peak converge, followed by $81.50 also based on a measured move. 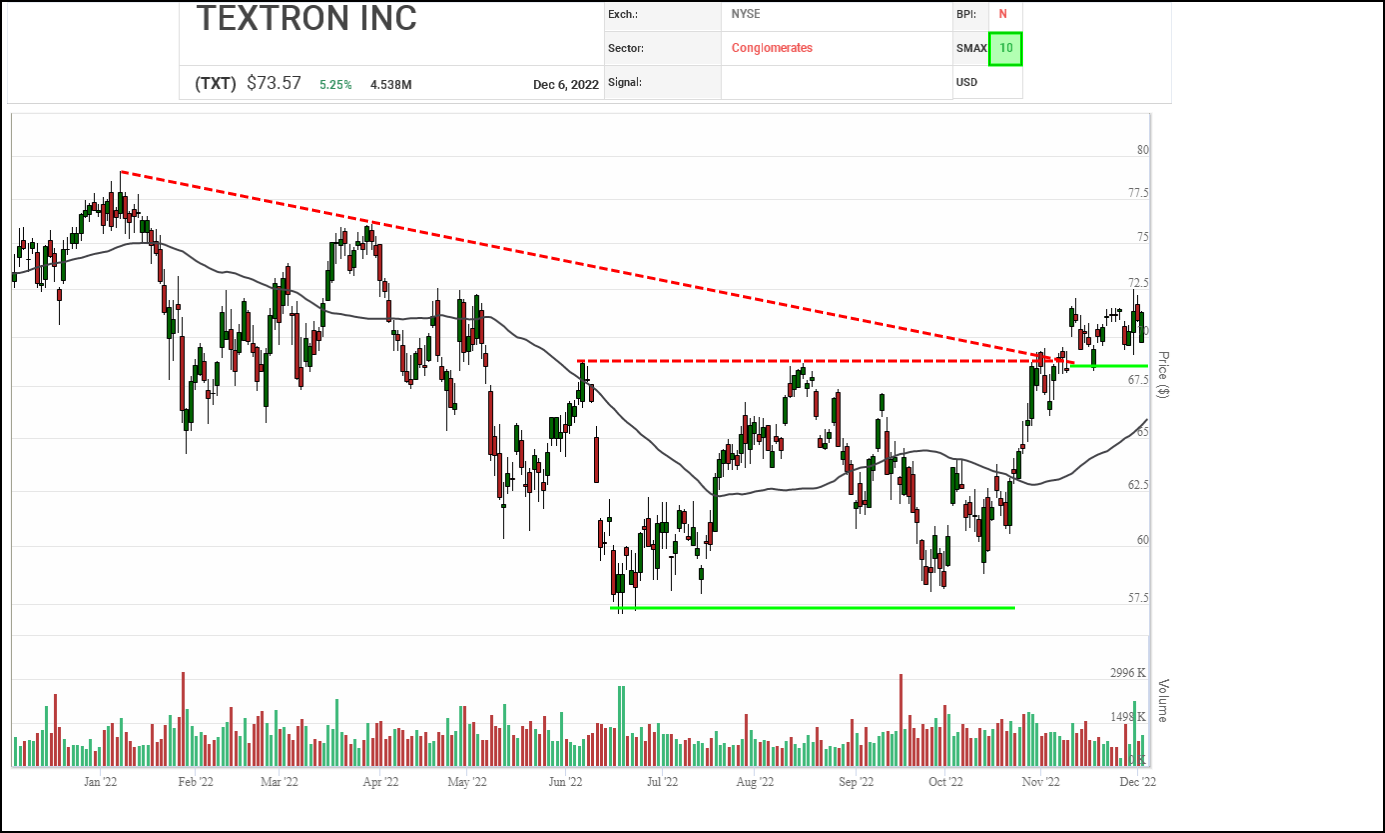 The trend in Textron (TXT) shares continues to turn increasingly positive. TXT spent the first half of this year under distribution until it found support near $57.50 in July, after which it shifted into a base building sideways range between there and $68.75. Following the successful retest of $57.50 support back in October, Textron has come under renewed accumulation, completing bullish Double Top and Spread Triple Top breakouts, launching into a bullish High Pole and snaping a downtrend line.

Initial upside resistance may appear at the January peak near $78.95, followed by $83.75 and $88.90 on trend which are based on horizontal counts. Initial support appears near $67.35 based on the combination of a 3-box reversal and a retest of a recent breakout point.

With a perfect SMAX score of 10, TXT is exhibiting strength across the asset classes. 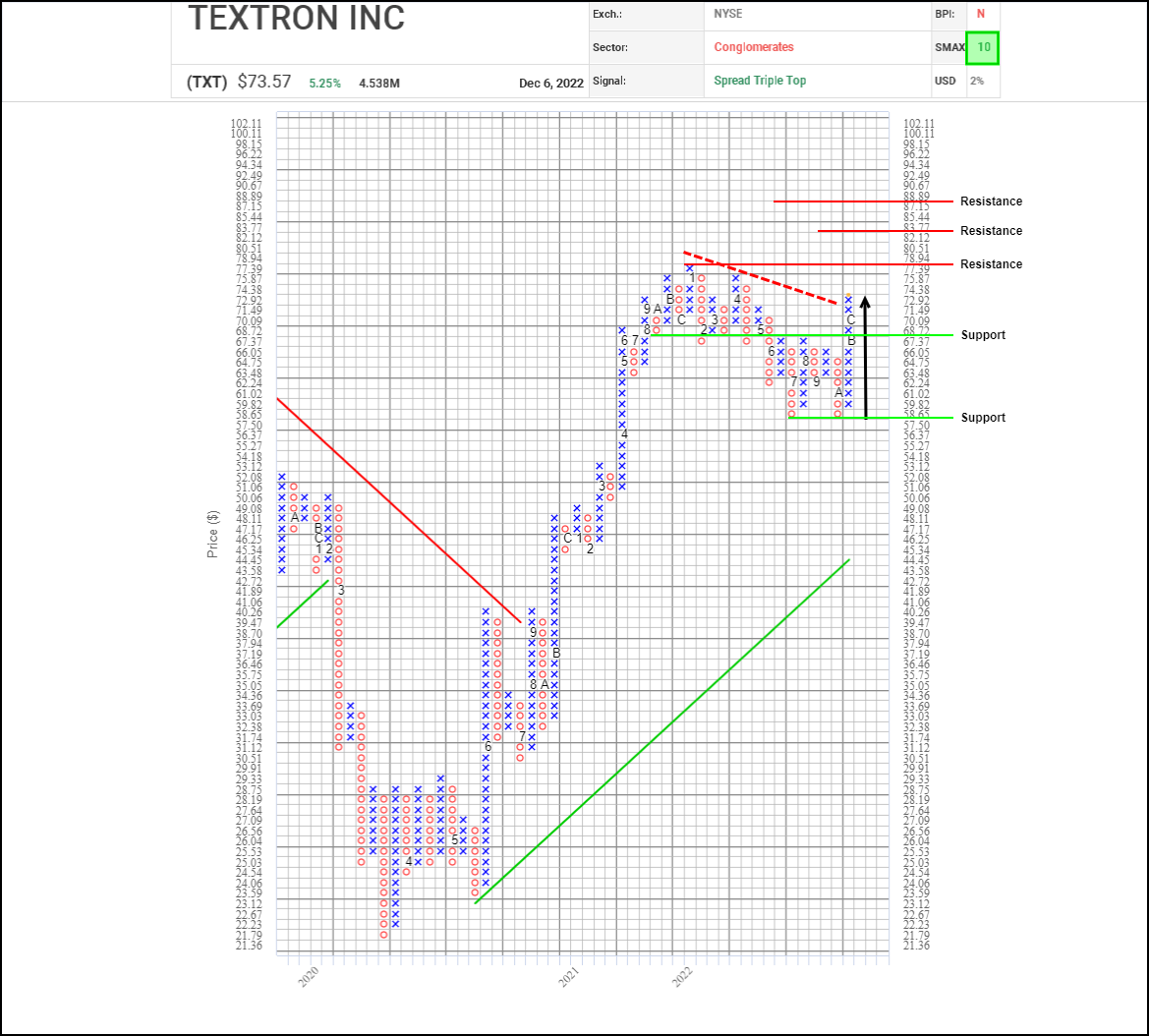