After spending a year languishing in the red zone of the SIA NASDAQ 100 Index Report, most of that right near the bottom, Docusign (DOCU) suddenly shot straight up into the Green Favored Zone yesterday on the back of a positive earnings report that sparked a 7.3% rally in the share price. Docusign currently sits in 24th position after climbing 29 spots yesterday and 57 places in the last month.

A major technical breakout is underway in Docusign (DOCU) shares. A year-long downtrend bottomed out over the last two months with the formation of a bullish Head and Shoulders bottom between $40.00 and $55.00 (green circle). In the last few days, several signs of renewed accumulation have emerged including two gaps to the upside, a sustained jump in volumes, the snapping of a long-term downtrend line and the shares regaining their 50-day average and yesterday, closing at their highest distance above the 50-day since the downtrend started in 2021. 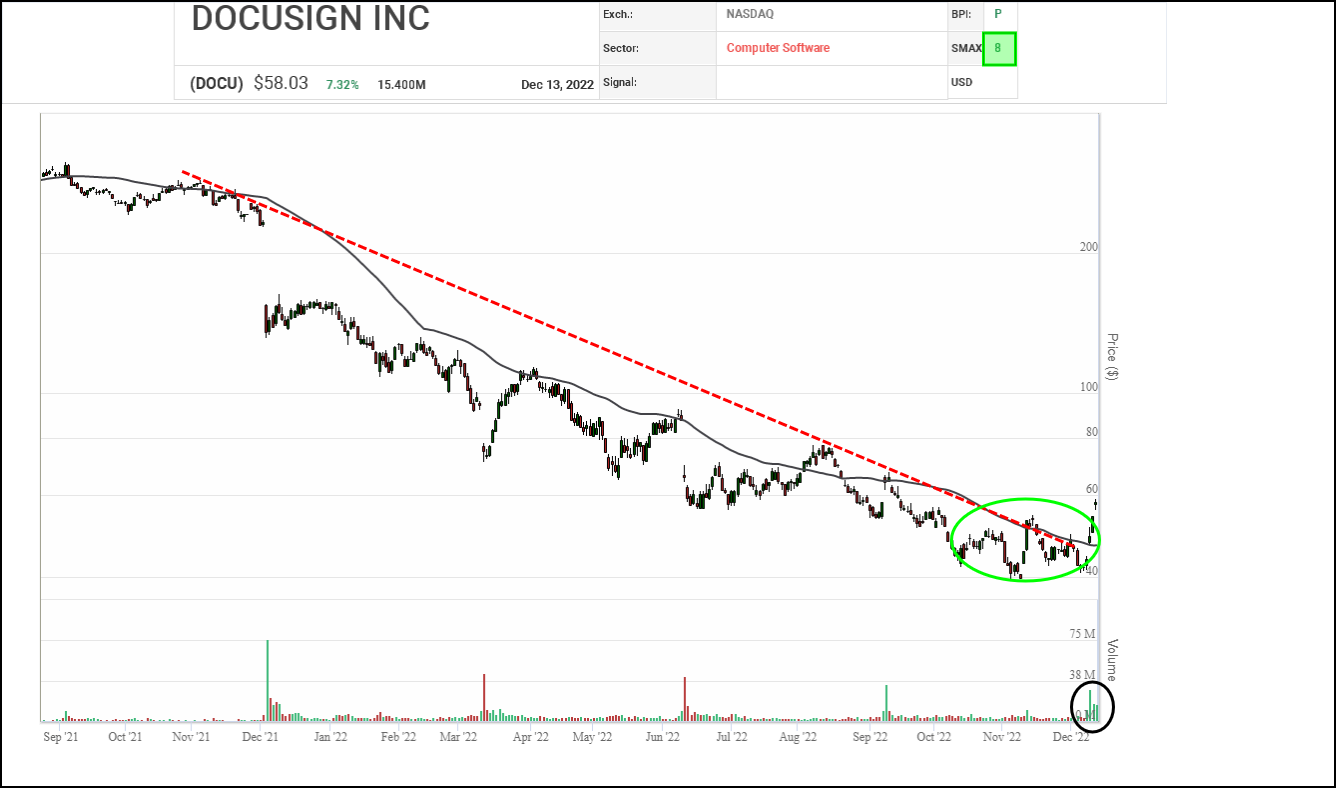 A downtrend in Docusign (DOCU) shares that started back in August of 2021 appears to be bottoming out for the time being. Earlier this month, the shares established a higher low and a series of bullish Double Top and Spread Double Top breakouts has extended into a bullish High Pole, signaling that an upswing is underway.

Initial upside resistance tests for DOCU appear near $67.90 and $76.45 based on previous column highs and lows. Initial support appears near $53.55 based on a 3-box reversal.

With a bullish SMAX score of 8, DOCU is exhibiting strength across the asset classes. 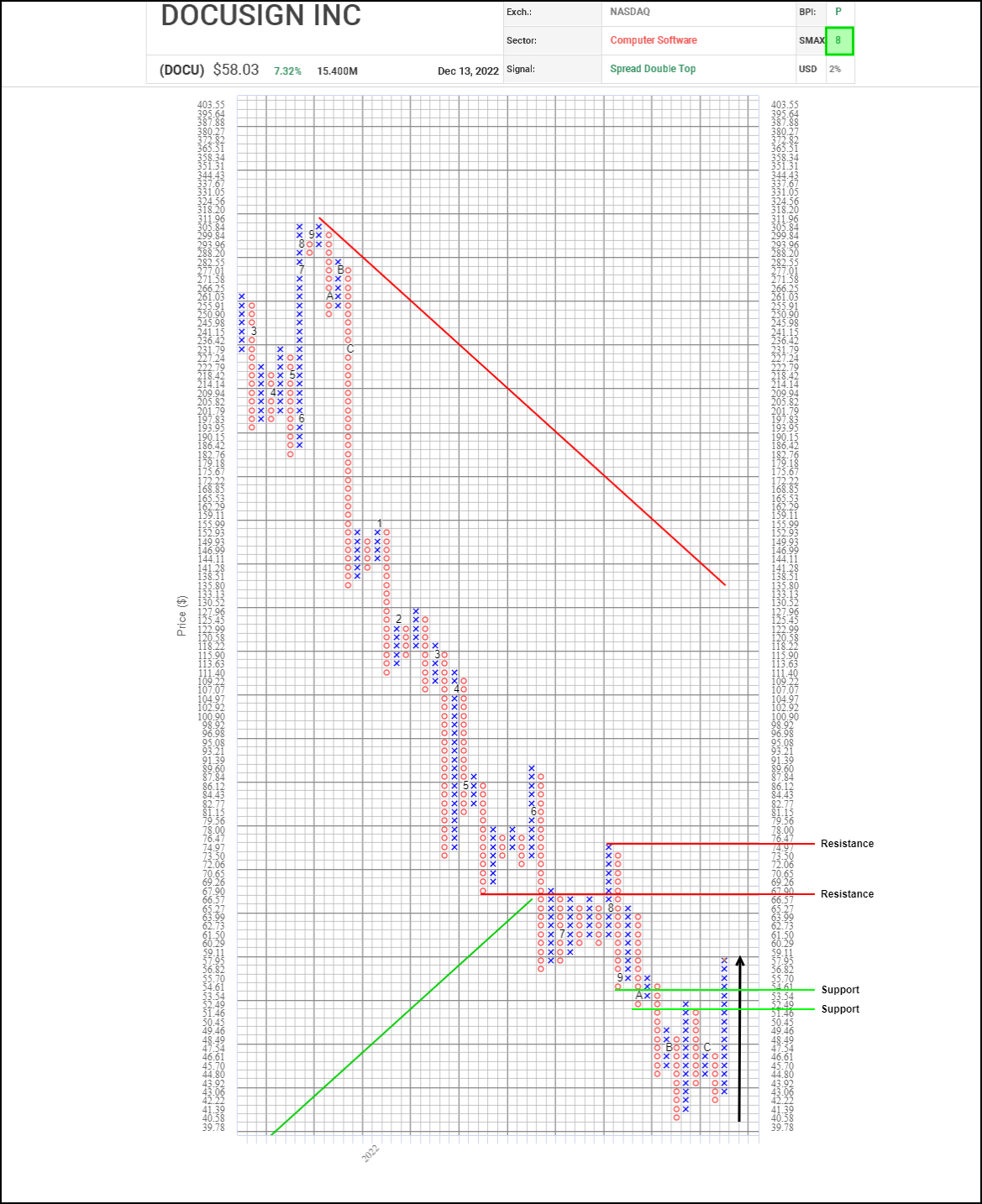