Clothing producer Canada Goose (GOOS.TO) has quickly climbed back up the relative strength rankings in the SIA S&P/TSX Composite Index Report. After spending nearly all of 2022 stuck deep in the red zone, GOOS.TO has returned to the Green Favored Zone for the first time since December of 2021. Yesterday, Canada Goose climbed 4 spots to 56th place and it has moved up 90 positions in the last month.

Canada Goose (GOOS.TO) shares continue to show signs of a new recovery trend starting. Earlier this month, a breakout over $27.00 completed a bullish Ascending Triangle pattern. Currently, GOOS.TO is bumping up against $30.00 round number resistance where a breakout would complete a larger saucer bottom base and confirm the start of a new uptrend.

Measured moves suggest potential upside resistance tests near $34.00 then the $40.00 to $41.00 area, which also align with previous support/resistance. Initial support appears near the $27.00 recent breakout point. 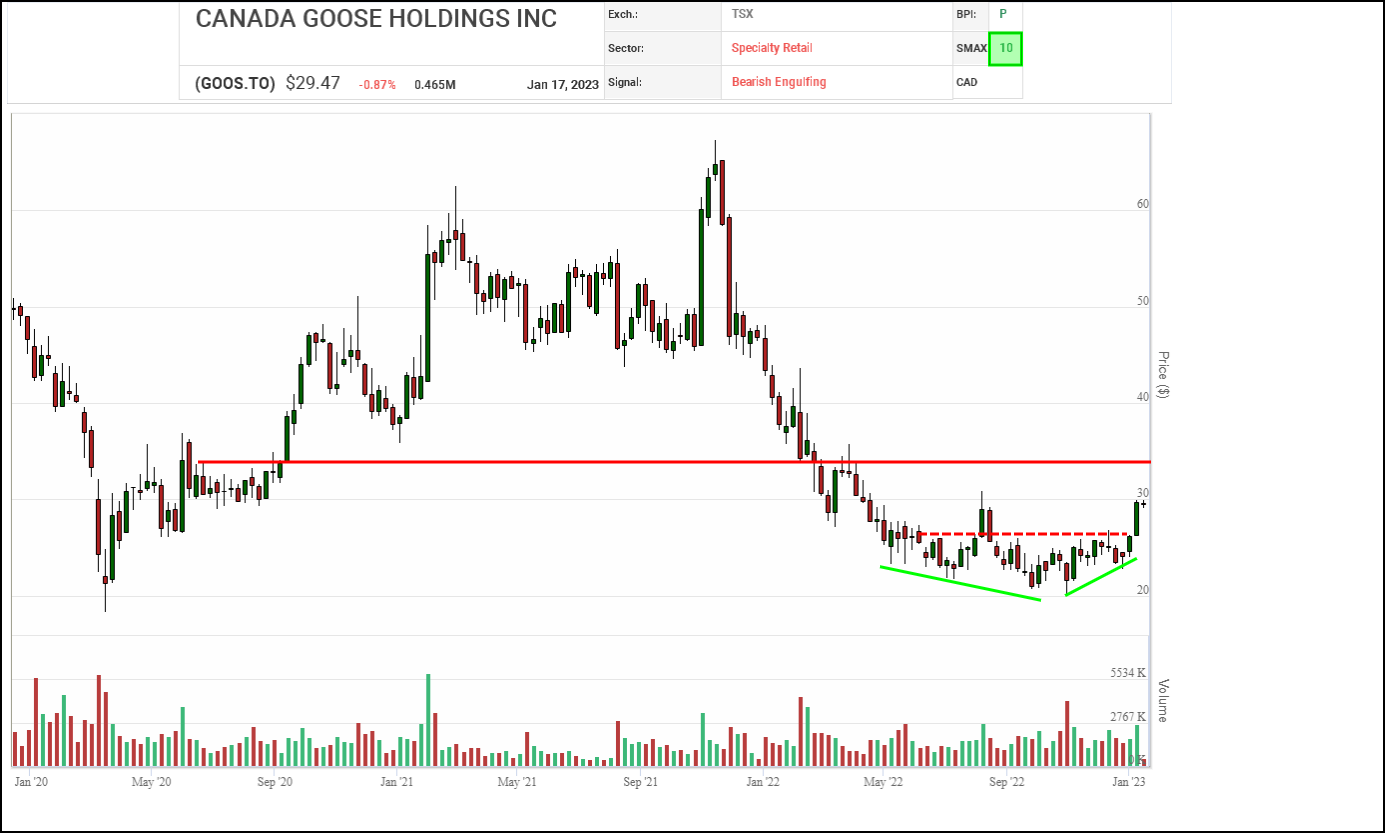 A recovery trend appears to be getting underway in Canada Goose (GOOS.TO) shares. After spending a year under distribution, GOOS.TO bottomed out in a Bear Trap (circled) back in November. Since then, the shares have been bouncing back, completing two bullish Double Top breakouts and a Spread Double Top pattern. The current rally has extended into a bullish High Pole and carried the shares back to levels last seen in April. Based on a horizontal count, initial resistance appears near $33.25, followed by the $35.30 to $36.00 area where previous Column highs and a 45-degree downtrend line converge. Initial support appears near $27.30 based on a 3-box reversal.

With a perfect SMAX score of 10, GOOS.TO is exhibiting strength across the asset classes. 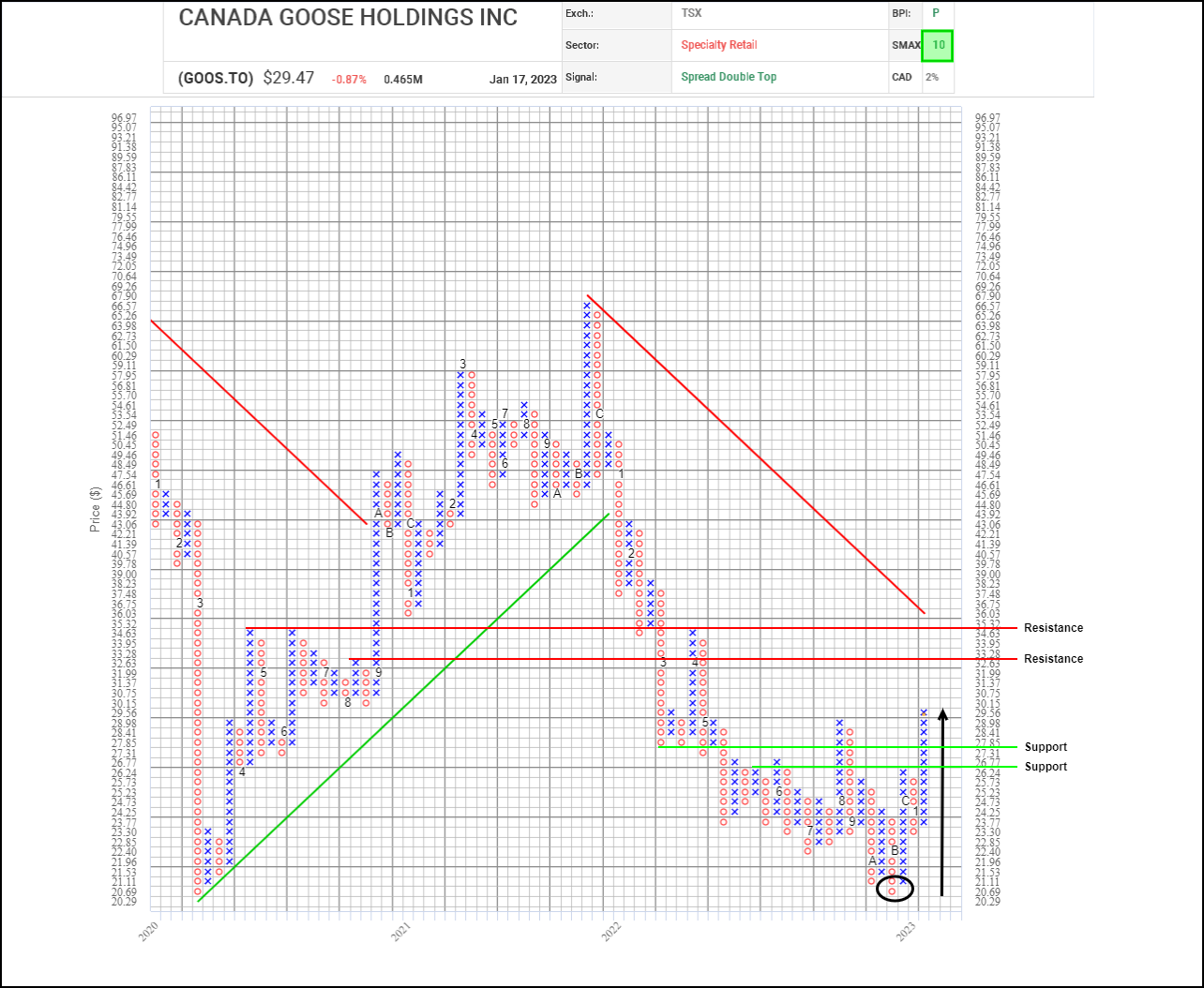