Fertilizer producer Nutrien Ltd. (NTR.TO) has returned to the Green Favored Zone in the SIA S&P/TSX 60 Index Report for the first time in two years after climbing 4 spots yesterday and 15 spots in the last month to 13th place.

A major breakout is underway in Nutrien (NTR.TO) shares which have built on a recent breakout over $55.00, which completed a bullish Ascending Triangle, by continuing to accelerate upward.

Initial upside resistance appears near $68.25, a resistance level that contained several advances through late 2018 and early 2019. Next upside tests on trend after that appears between the $75.00 round number and $81.50 a zone where several measured moves cluster together. Initial support moves up toward the $60.00 round number from the $55.00 breakout point. 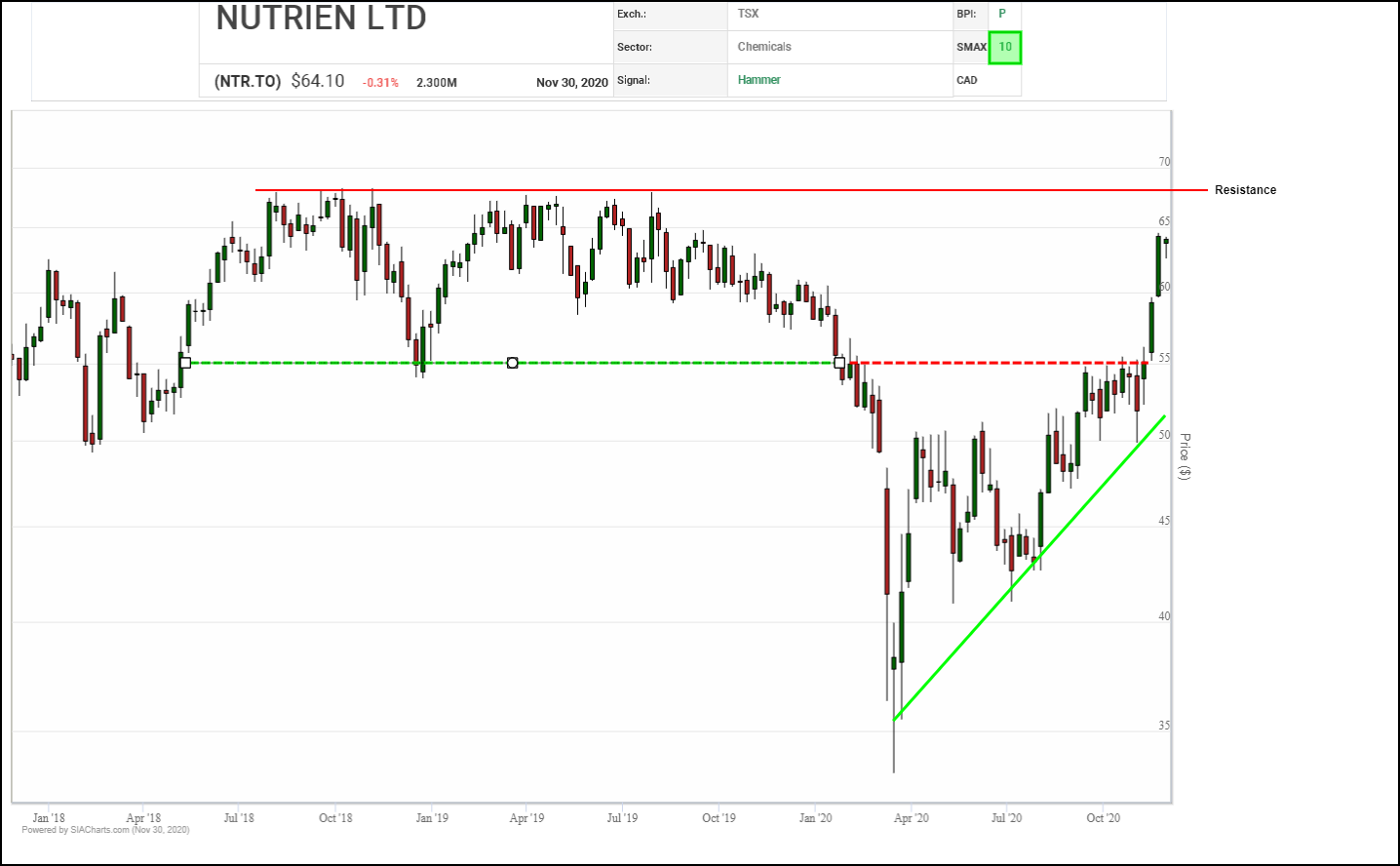 Nutrien Ltd. (NTR.TO) recently embarked on a new upleg in its recovery trend with a breakout over $55.40 which completed a bullish Triple Top pattern to a series of positive pattern completions.

With its bullish SMAX score increasing to a perfect 10, NTR.TO is exhibiting near-term strength across the asset classes. 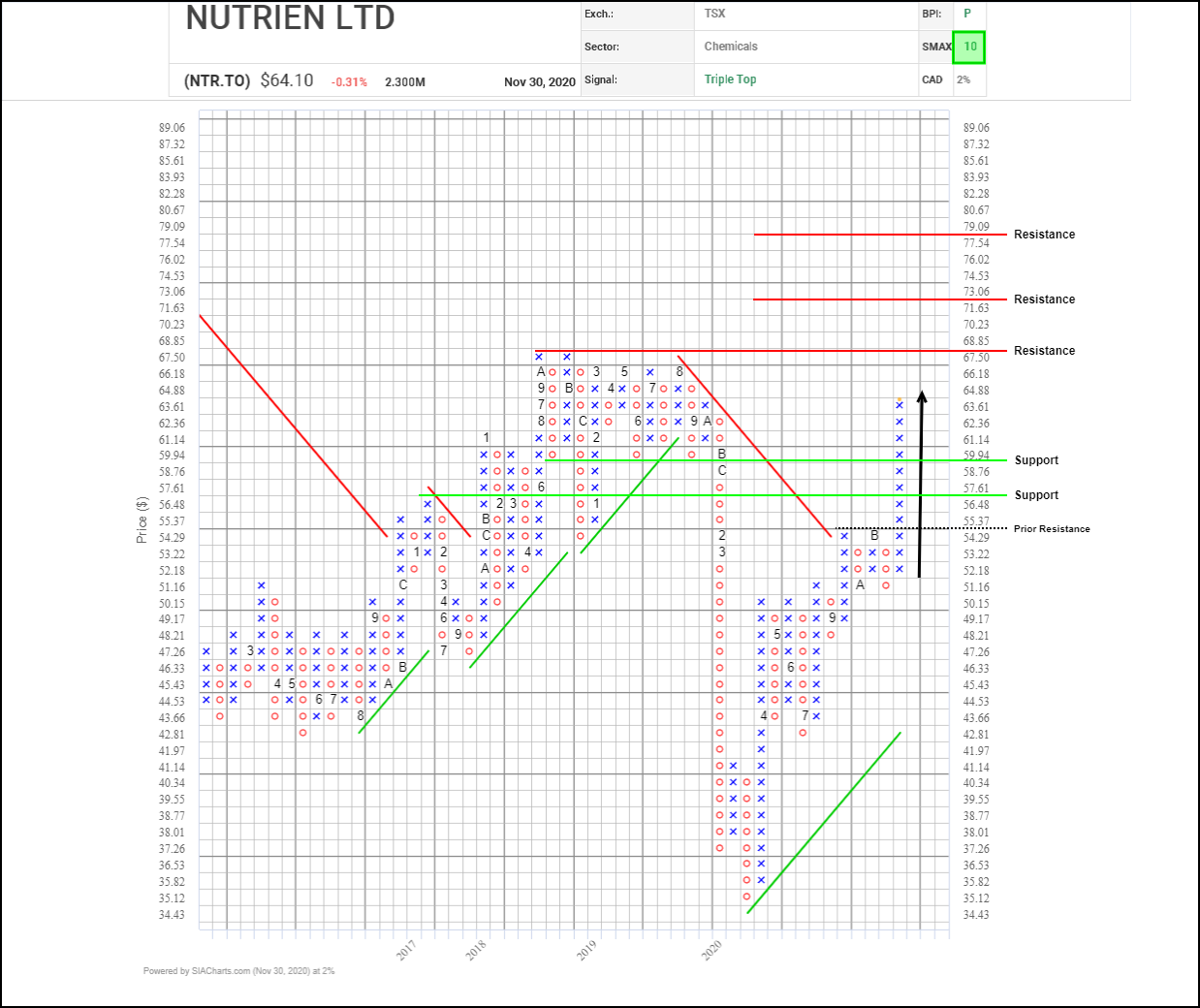