A new partnership with Amazon.com sparked an 18.7% rally in the shares of Blackberry (BB.TO) which jumped 49 spots in the SIA S&P/TSX Composite Report yesterday to 21st place. The shares are also up 148 spots in the last month. Within the report, the shares have returned to the Green Favored Zone for the second time this year after spending most of 2018 and 2019 in the yellow and red zones.

Blackberry (BB.TO) shares had been trending lower for over three years but had stabilized since June and appeared to be forming a bullish Reverse Head and Shoulders base. In the last few days, the shares had come under renewed accumulation, snapping a short-term downtrend line and rallying up off of a higher low which created the right shoulder. Yesterday, Blackberry staged a major breakout, soaring on volume, which indicates increased investor interest, and closing above $9.00 to complete the Head and Shoulders base and snap a long-term downtrend line, both signaling the start of a new uptrend.

Initial resistance may appear near the $10.00 round number, then the $12.50 to $13.50 zone where yesterday’s intraday high, previous highs and lows, and a measured move from the base cluster. Initial support appears near $8.00, which was yesterday’s launch point and a previous resistance level. 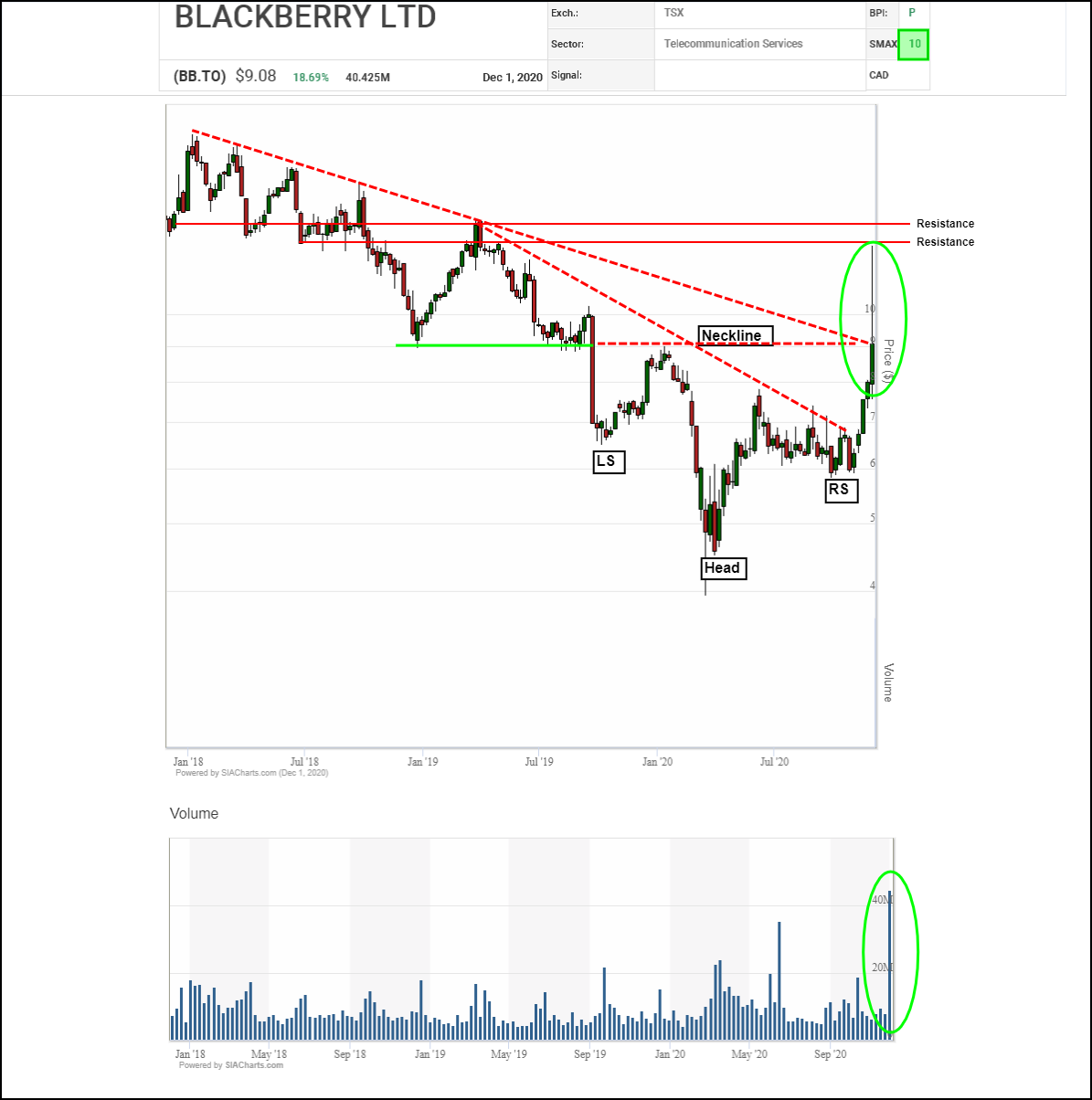 In the last month, accumulation in Blackberry (BB.TO) shares has accelerated with the completion of a bullish Double Top followed by two bullish Spread Double Top patterns. Yesterday’s big breakout rally snapped a long-term downtrend line, confirming the start of a new uptrend.

Initial upside resistance may appear in the $10.00 to $10.75 zone where a round number, previous column low, plus vertical and horizontal counts converge. Previous column highs and lows also suggest potential resistance on trend near $11.60 and $12.80. Initial support appears near $8.30 based on a 3-box reversal.

With a perfect SMAX score of 10, BB.TO is exhibiting near-term strength across the asset classes. 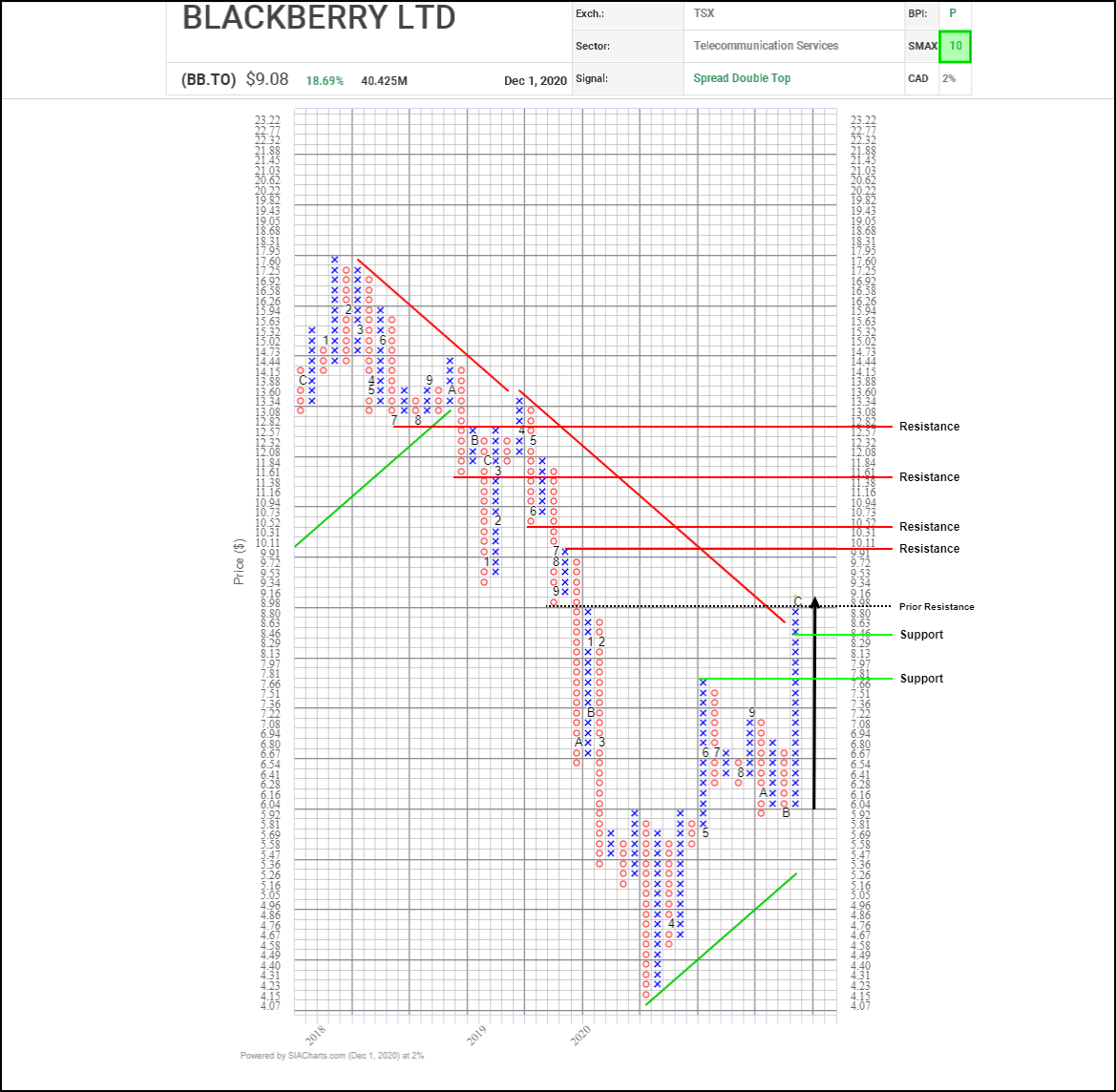