After climbing 4 spots on Friday and 46 spots in the last month to 22nd place, credit card provider American Express (AXP) has returned to the Green Favored Zone of the SIA S&P 100 Index Report for the first time since September of 2019. The $110.00 level in this American Express (AXP) chart provides a textbook example of how a certain level can reverse polarity, changing from support to resistance and back over time. Currently, $110.00 has become support after acting as resistance between March and November.

The recent rally has been particularly significant. Climbing up off of a successful test of channel and uptrend support near $90.00, a breakaway gap carried the shares up through $110.00, resolving a horizontal channel to the upside and completing a bullish Ascending Triangle pattern to signal the start of a new upleg, which has continued and carried the shares up toward $125.00.

Accumulation in American Express (AXP) shares has accelerated in the last month with the shares driving up off of a successful support test near $95.00 up toward $125.00 without even a 3-box correction. Along the way, the shares have completed a bullish Triple Top pattern followed by a bullish Spread Double Top pattern, with both breakouts still active.

With a bullish SMAX score of 8, AXP is exhibiting near-term strength against the asset classes. 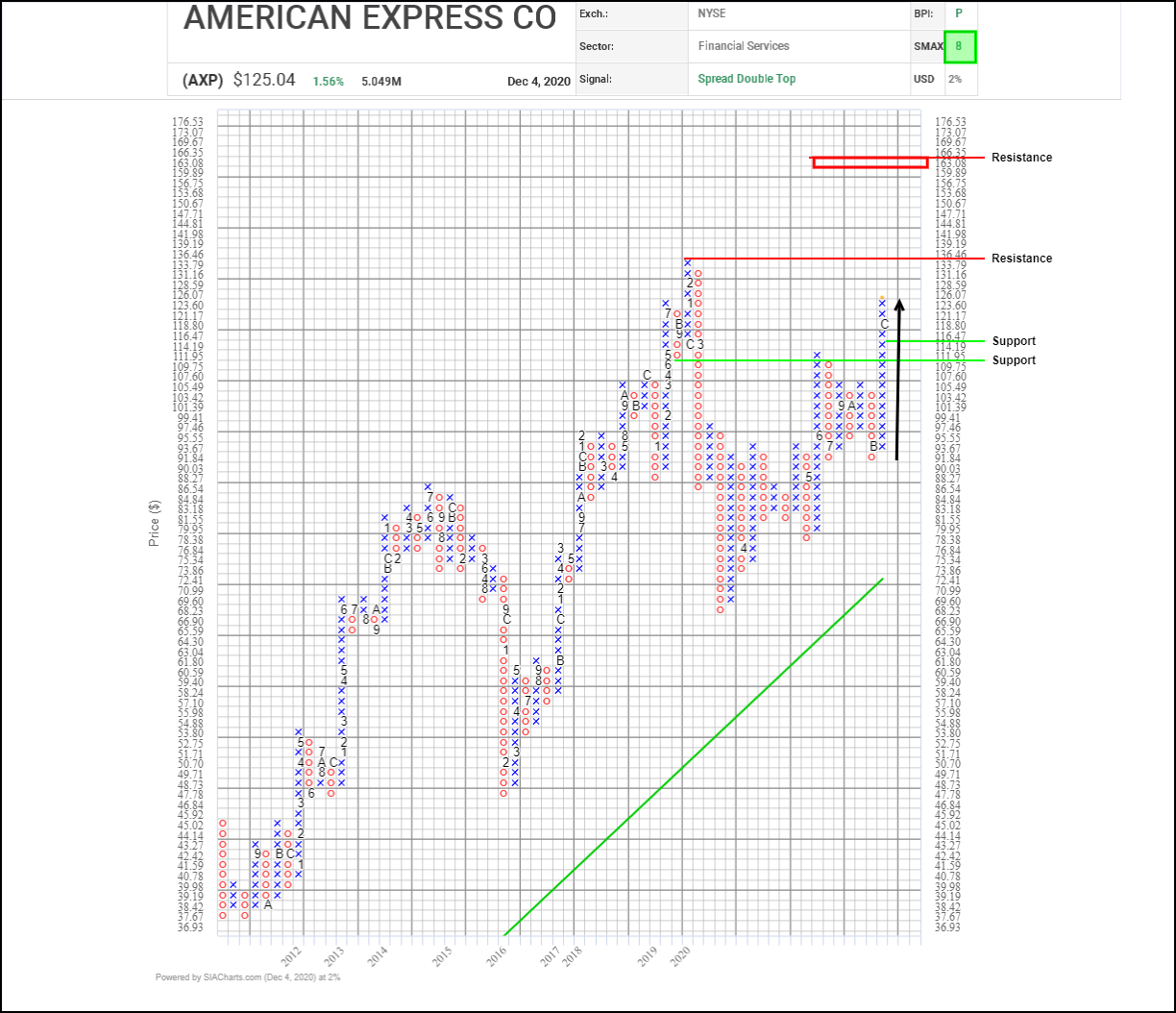