With the Boeing 737 Max 8 returning to service after being grounded for most of the last two years, Boeing (BA) shares have recently been enjoying their longest stretch in the Green Favored Zone of the SIA S&P 100 Index Report since early 2019. Yesterday, BA climbed another 8 spots in the rankings to 7th place having now climbed 72 spots in the last month.

Last month, a breakaway gap snapped a downtrend line, completing a bullish Falling Wedge pattern and signaling the start of a new recovery trend. Since then, the shares have remained under accumulation, retaking the $200 round number and yesterday, closing above their June peak.

Next potential upside resistance on trend appears near $300 where a previous support level and round number converge. A measured move from the recently completed trading range suggests resistance near $325, with additional resistance possible near the 52-week high in the $345 to $355 range around the $350 round number. Initial support appears moves up toward $210 from $200. 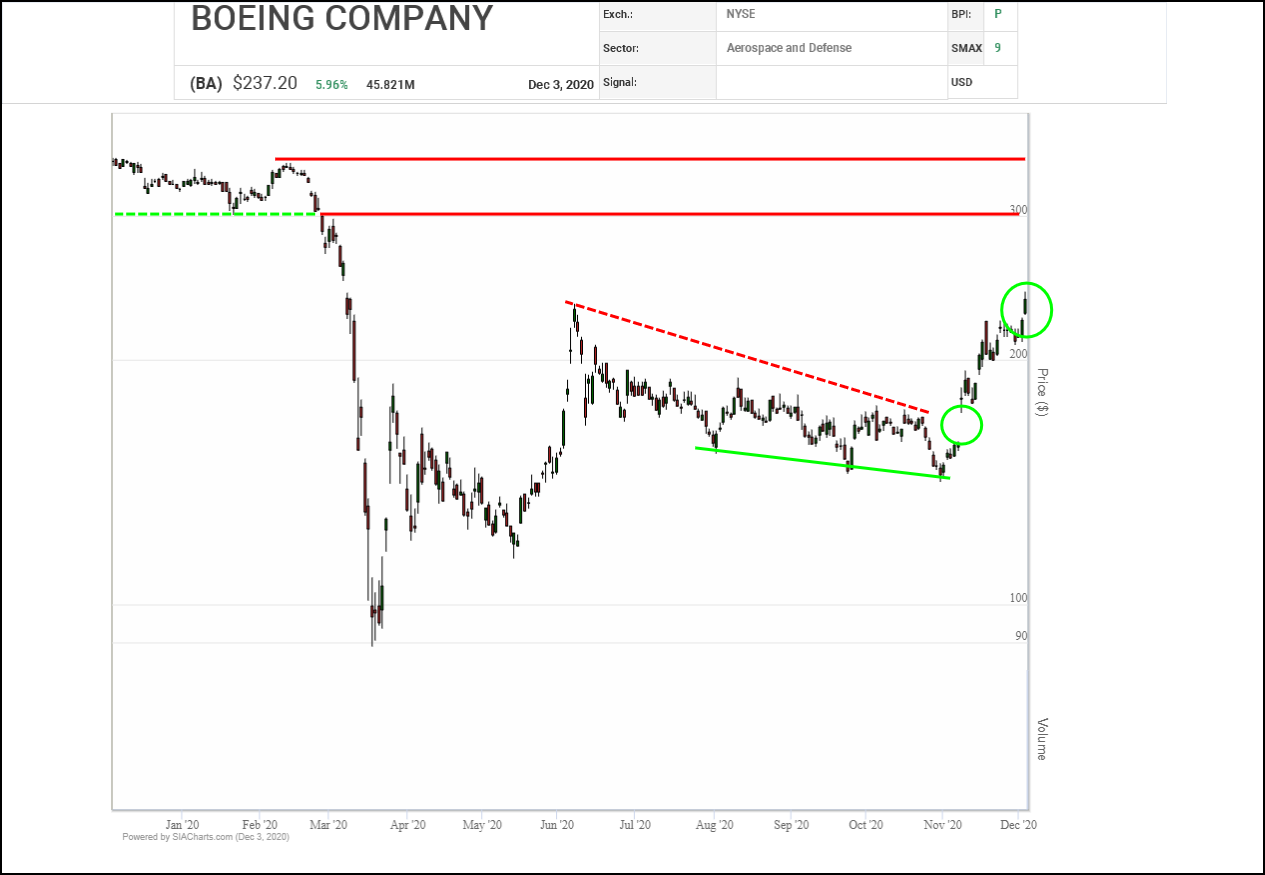 After drifting through the summer and into the fall, Boeing (BA) shares have come under renewed accumulation. In the last month, the shares have turned decisively back upward, completing bullish Double Top and Spread Double Top breakouts, snapping a downtrend line and yesterday, clearing their June high to confirm the start of a new advance.

Initial upside resistance appears in the $249 to $254 area where vertical and horizontal counts converge with the $250 round number. Following that, resistance could appear in the $300 to $335 area where a round number, several vertical/horizontal counts and previous column lows cluster. Initial support appears near $217 based on a 3-box reversal.

With a bullish SMAX score of 8, BA is exhibiting near-term strength against the asset classes. 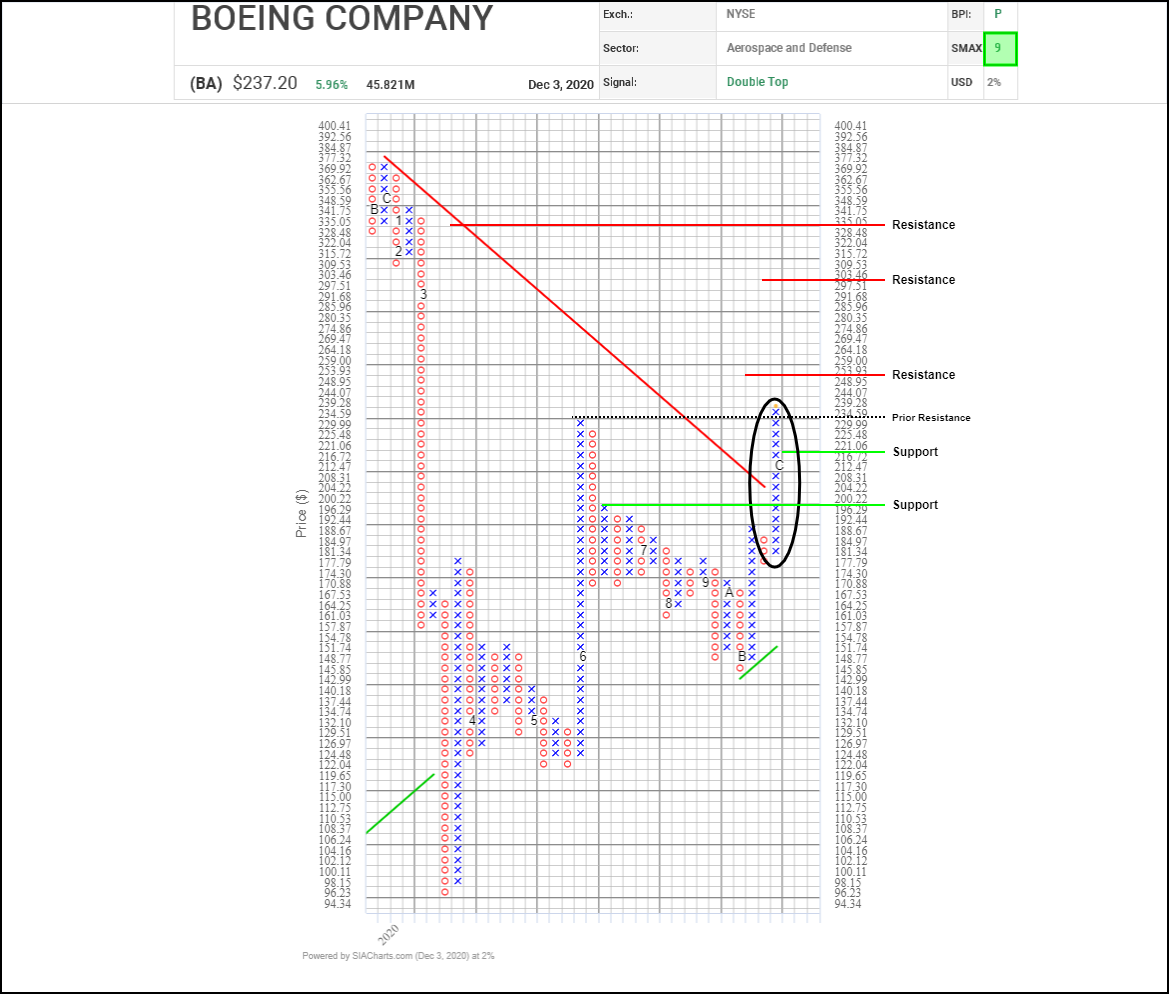