Uranium producer Cameco (CCO.TO) returned to the Green Favored Zone of the SIA S&P/TSX 60 Index Report for the first time since July on Friday. The shares are currently in 11th place after climbing 5 spots on Friday and 49 positions in the last month.

Cameco (CCO.TO) shares staged a major breakout on Friday, blasting through the top of a $10.00 to $17.00 trading range where it had been stuck since late 2015, completing a long-term base and signaling the start of a new uptrend. 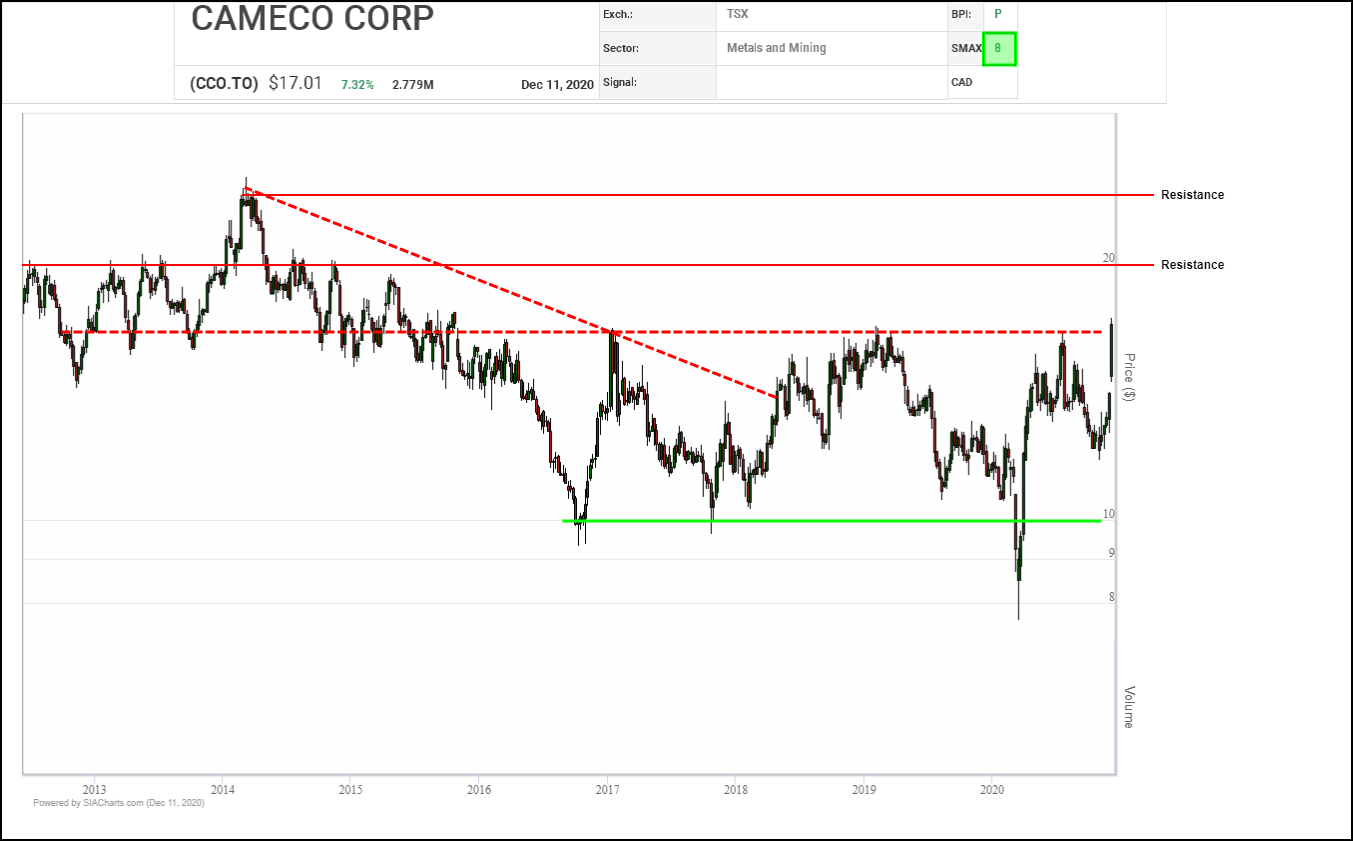 Friday’s rally marked a major technical turning point for Cameco (CCO.TO) shares, which have come under renewed accumulation in recent weeks. Not only did the shares complete a bullish Spread Double Top pattern, they broke through $17.00 for the first time since 2015, completing a long-term base and signaling the start of a new uptrend.

With a bullish SMAX score of 10, CCO.TO is exhibiting near-term strength against the asset classes. 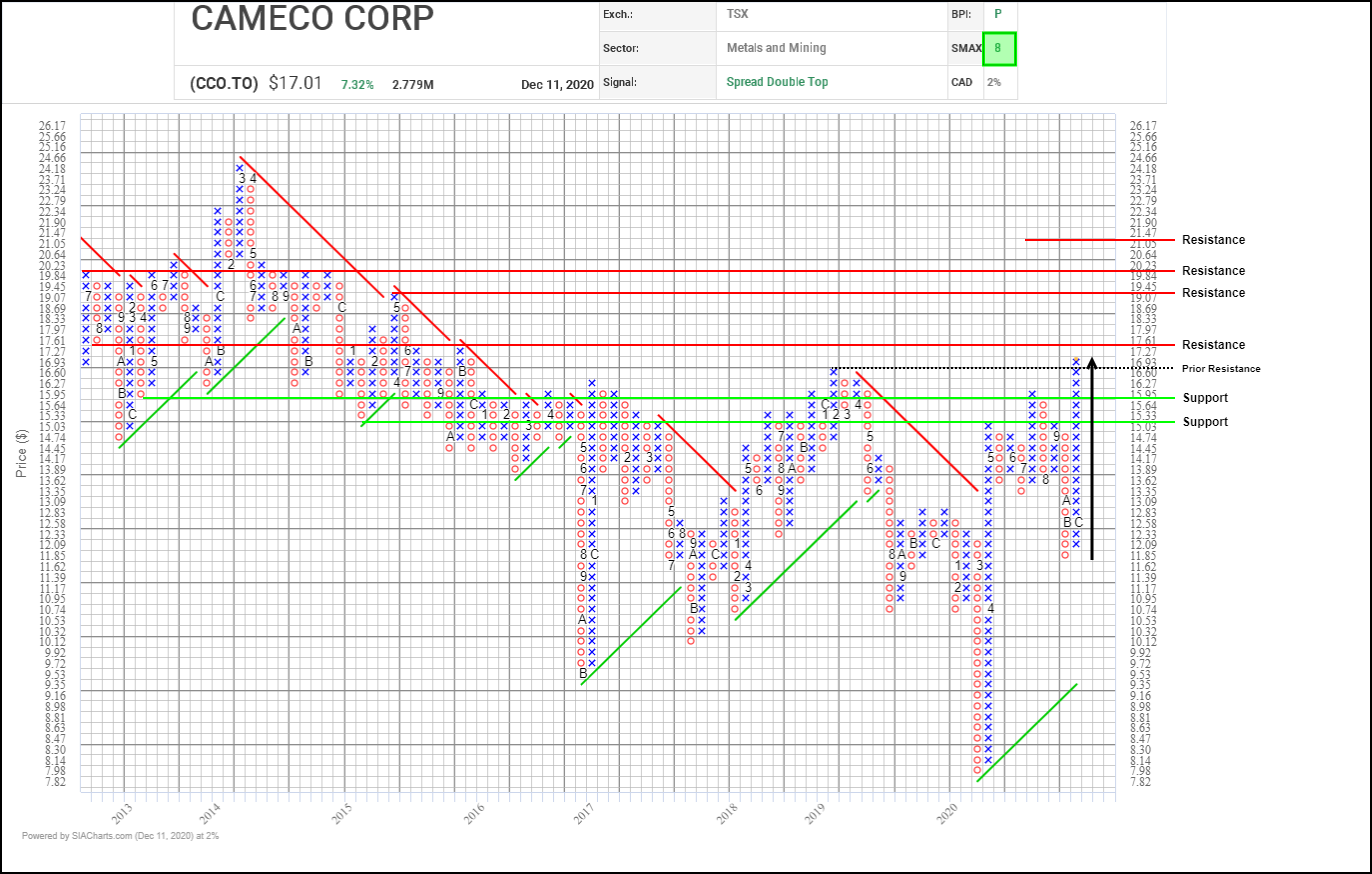