Crescent Point Energy (CPG.TO) recently returned to the Green Favored Zone of the SIA S&P/TSX Composite Index Report for the first time since August. The shares are currently in 35th spot after climbing 10 places yesterday and 94 positions in the last month.

A major breakout is underway this week in Crescent Point Energy (CPG.TO) shares, which have completed a bullish Ascending Triangle base that had been forming since March with a breakout over $3.00.

With a new uptrend underway, initial upside resistance may appear in the $3.60 to $3.75 area where previous resistance and a measured move converge, followed by an old support level near $4.00, and then $4.60 where a measured move and the bottom of an old gap converge. Initial support moves up to the $3.00 breakout point from $2.75. 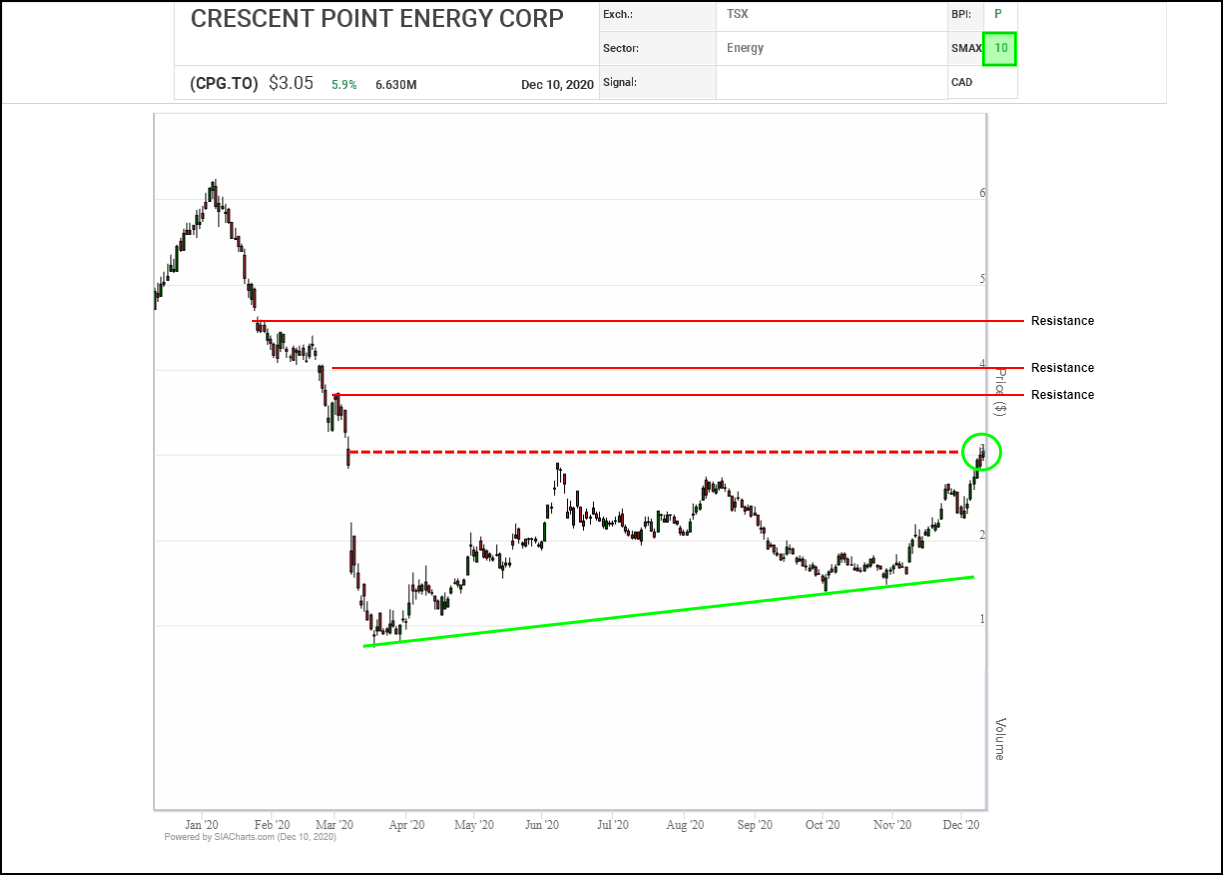 A long-term downtrend in Crescent Point Energy (CPG.TO) shares appears to have finally bottomed out back in March. Since then, with some bumps along the way, the shares have been recovering particularly since establishing a higher low in October. In recent weeks, the shares have come under renewed accumulation, completing two bullish Spread Double Top breakouts and this week, overtaking their June high to signal the start of a new upleg.

Initial upside resistance may appear at a downtrend line test near $4.20, then the $4.70 to $5.10 zone were vertical and horizontal counts plus previous resistance levels cluster around the $5.00 round number. Initial support appears near $2.50 based on a 3-box reversal.

With a perfect SMAX score of 10, CPG.TO is exhibiting near-term strength across the asset classes. 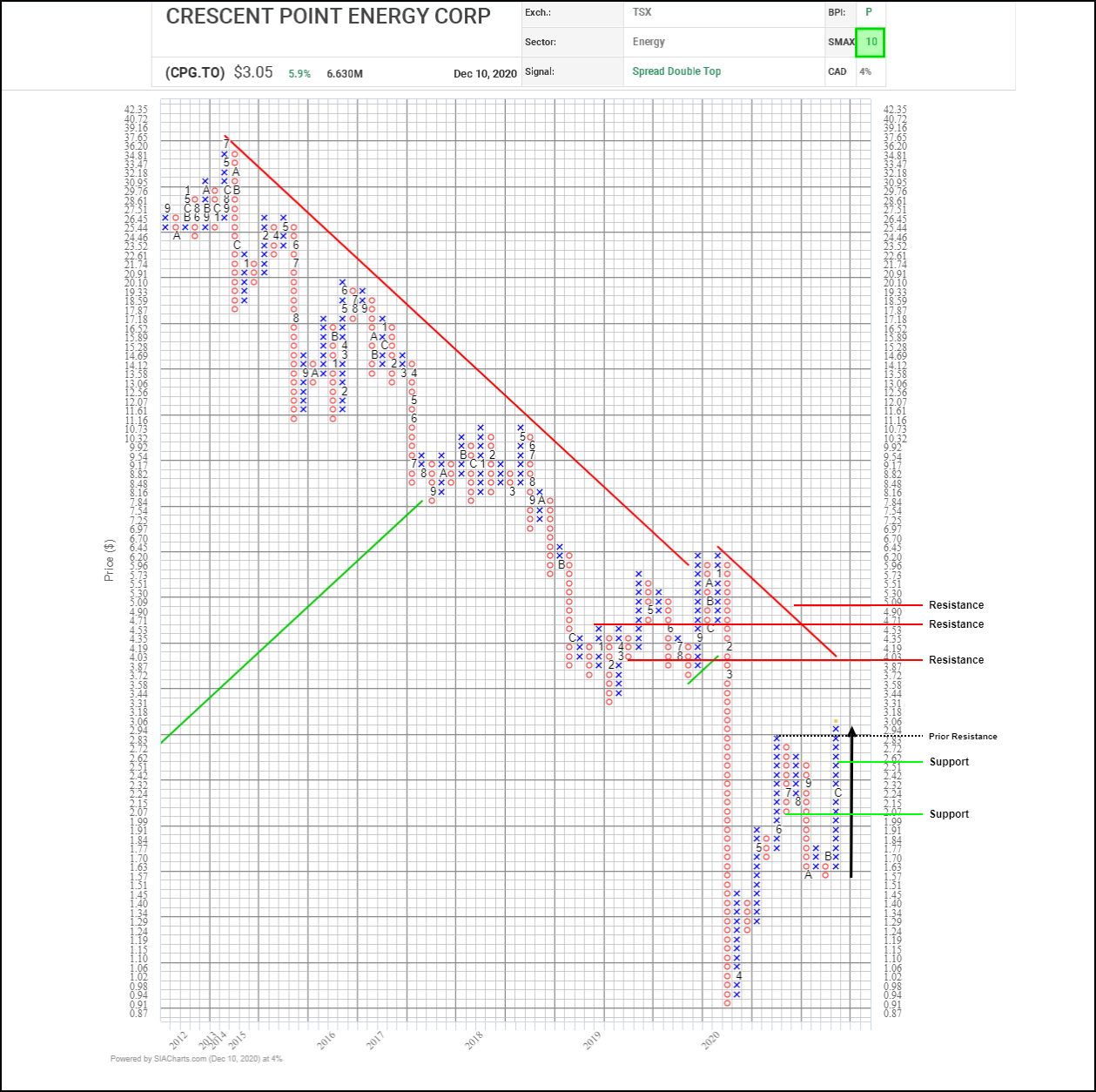