Building on its recent return to the Green Favored Zone in the SIA S&P 100 Index Report, Apple (AAPL) climbed another 5 spots yesterday to 16th place. AAPL has moved up 26 spots in the last month.

Apple (AAPL) shares have been under strong accumulation since bottoming out in March. An Initial six-month advance not only recovered all of the winter bear market losses, the shares continued on to new heights. An overdue correction was contained above the $100 round number and since then AAPL has resumed its upward course.

A breakout over $120 completed a symmetrical consolidation triangle and that breakout point has reversed polarity to become support along with the $125 round number. A breakout over the September peak near $137.75 to a new high would confirm the start of a new advance. 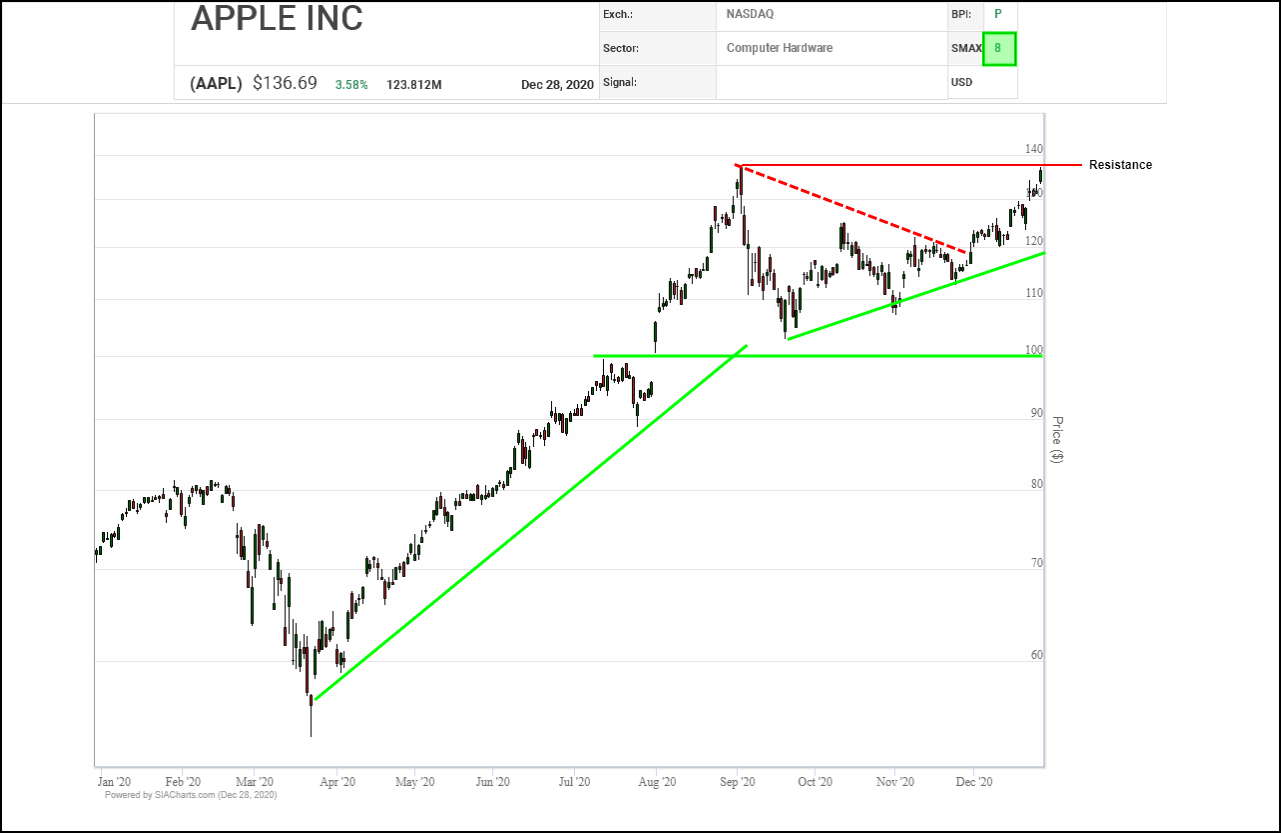 After staging a major summer advance which created the tall pole seen in the chart, Apple (AAPL) staged a normal trading correction and then entered a two-month consolidation phase shown by the formation of a symmetrical triangle of higher lows and lower highs.

Since November, AAPL has come under renewed accumulation. First it resolved the triangle to the upside with a bullish Double Top breakout and then yesterday it confirmed the start of a new advance by breaking out to a new all-time high and completing a bullish Spread Double Top breakout.

Potential upside resistance appears in two zones, all based on horizontal counts, $145-$157 around the $150 round number, then the $188-$196 area. Initial support appears in the $124-$126 area where a 3-box reversal and a retest of the first breakout point cluster around the $125 round number.

With its bullish SMAX score increasing to 8, AAPL is exhibiting near-term strength against the asset classes. 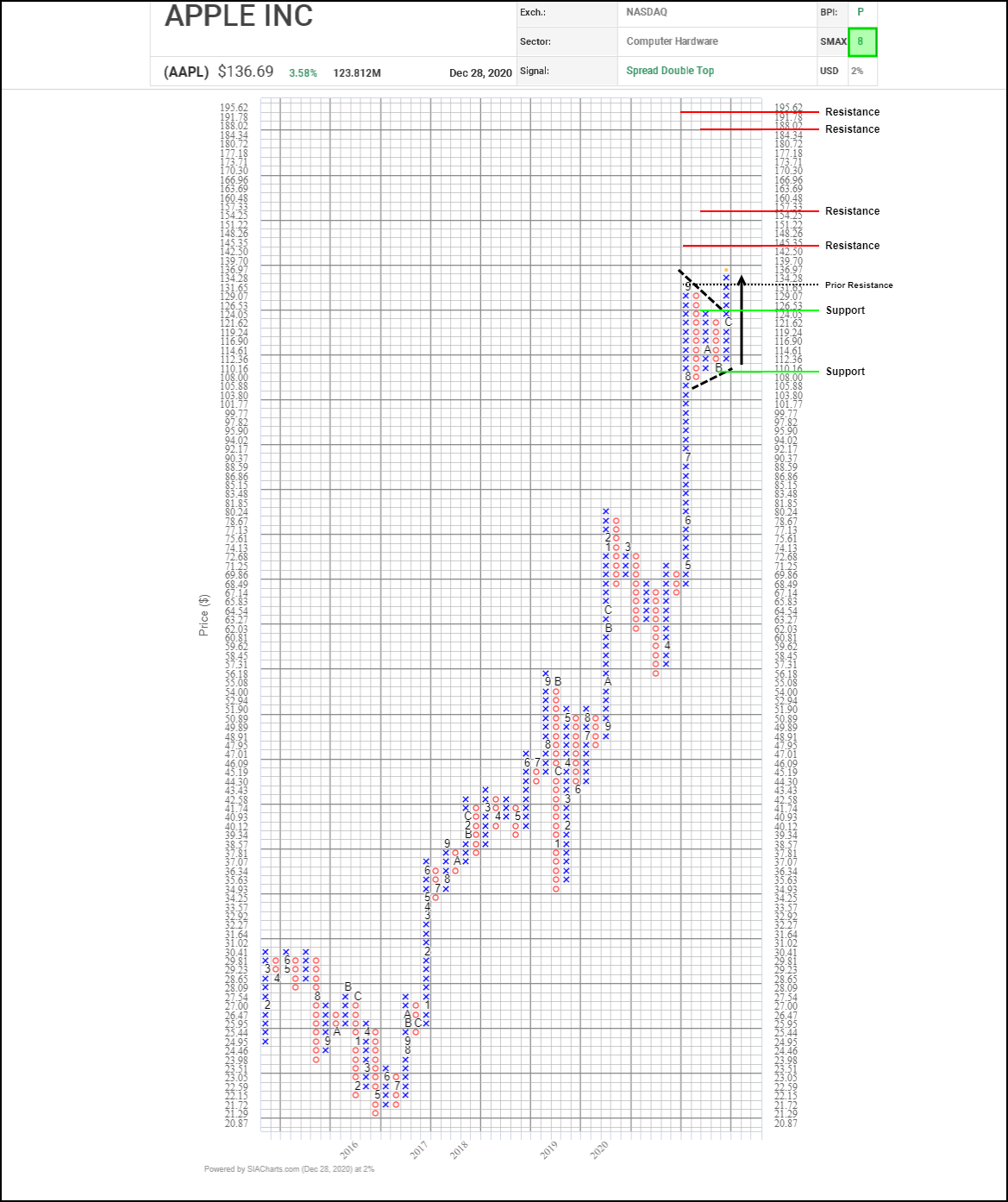