Steel distributor Russell Metals (RUS.TO) has been trending upward in the SIA S&P/TSX Composite Index Report since May when a long-term downtrend bottomed out. Yesterday, RUS.TO returned to the Green Favored Zone for the first time since June of 2018 after climbing 3 spots in one day and 12 spots over the last month. A major breakout is underway in Russel Metals (RUS.TO). The shares spent 2019 trending downward and then the big market crash earlier this year flushed out the remaining weak hands in a big selling climax. Since March, the shares have been trending back upward but accumulation has really picked up in recent weeks.

A late summer consolidation not only provided the shares with a needed rest, it also carved out the right shoulder of a large bullish Reverse Head and Shoulders base pattern. Since October, the shares have been steadily climbing and generating positive technical signals, first, snapping out of a long-term downtrend, and more recently, completing the base with a breakout over the $21.50 neckline; a level which now reverses polarity to become initial support. 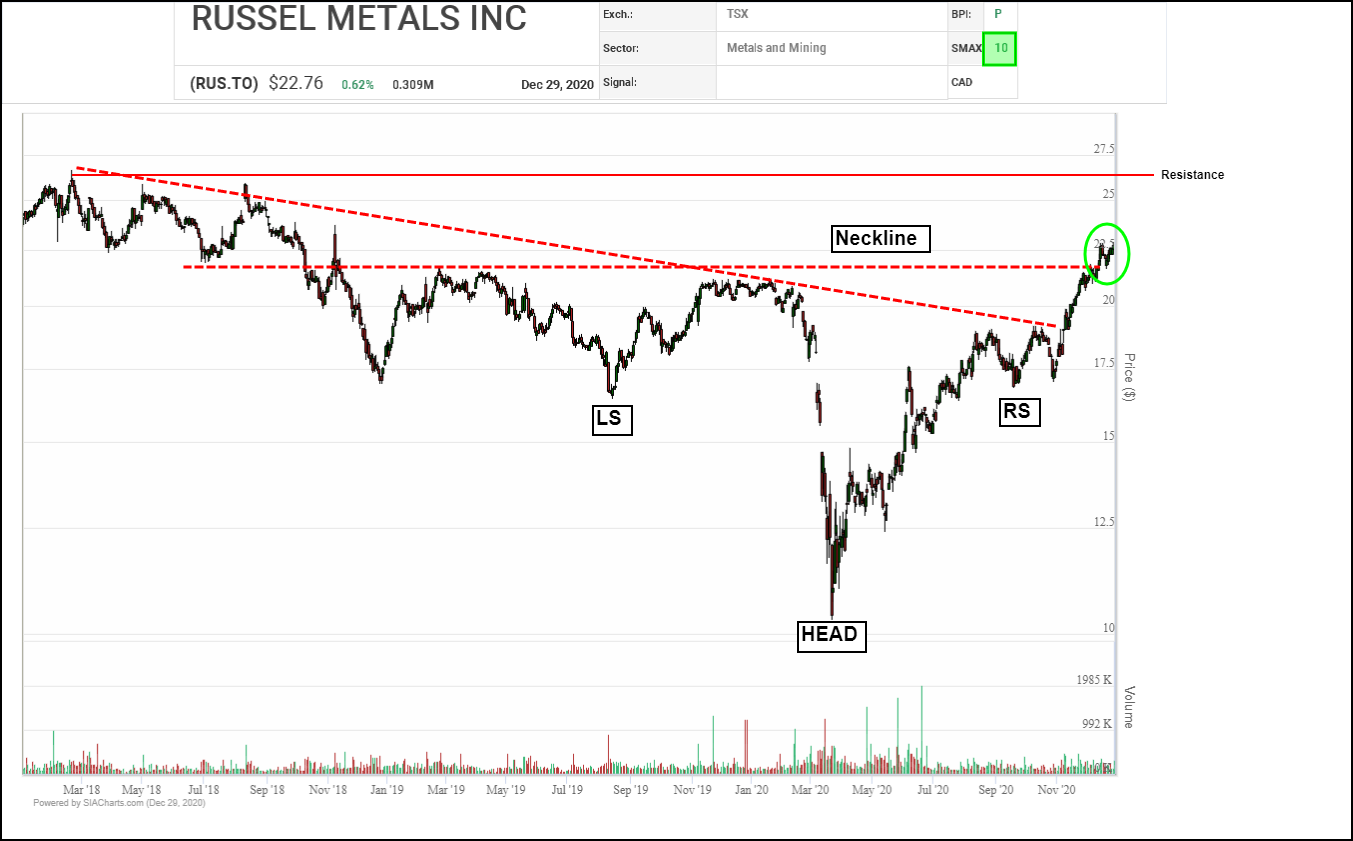 Back in September, Russell Metals (RUS.TO) shares broke out of a downtrend which had dated back to 2018, then consolidated its gains for two months. In November, accumulation accelerated with the shares completing a bullish Triple Top breakout and continuing to climb, knocking down previous column highs on its way back above $22.50 for the first time in two years.

With a perfect SMAX score of 10, RUS.TO is exhibiting near-term strength across the asset classes. 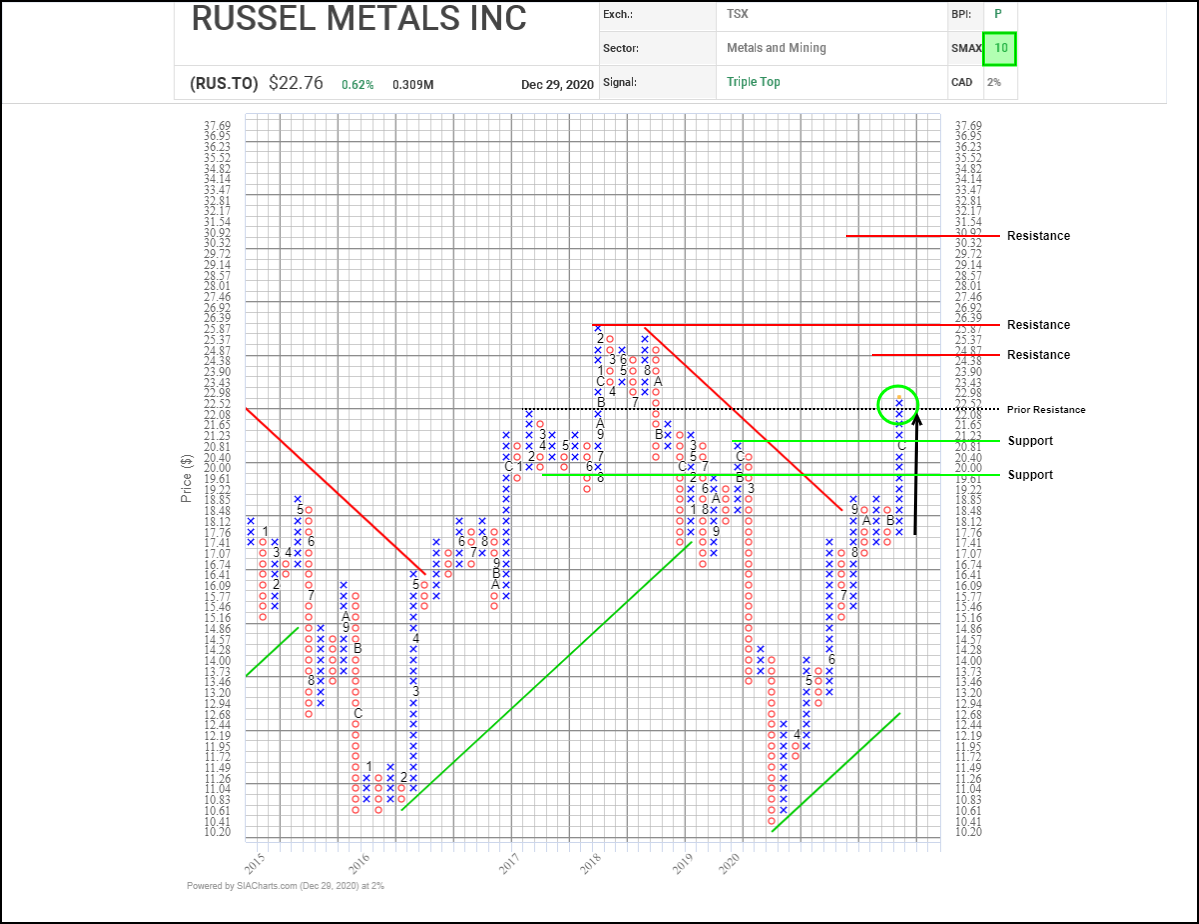