Investment bank Goldman Sachs (GS) capped off 2020 by returning to the Green Favored Zone of the SIA S&P 100 Index Report for the first time since April of 2017. On Thursday it moved up 3 spots to 26th place and it has climbed 39 places in the last month.

After rebounding with the overall market back in the spring, Goldman Sachs (GS) shares spent nearly six months between May and November consolidating in the $180 to $220 range. In the last two months, accumulation has accelerated with the shares regaining $200, then staging a breakaway gap, and continuing to climb, clearing former resistance near $220, $240 and finally blasting through $260 last week to a new three-year high to confirm continuing accumulation.

Next potential upside resistance on trend appears near $300 where a round number and a measured move converge, followed by $340 where two measured moves converge. Initial support moves up to the $250 round number from the $240 breakout point. 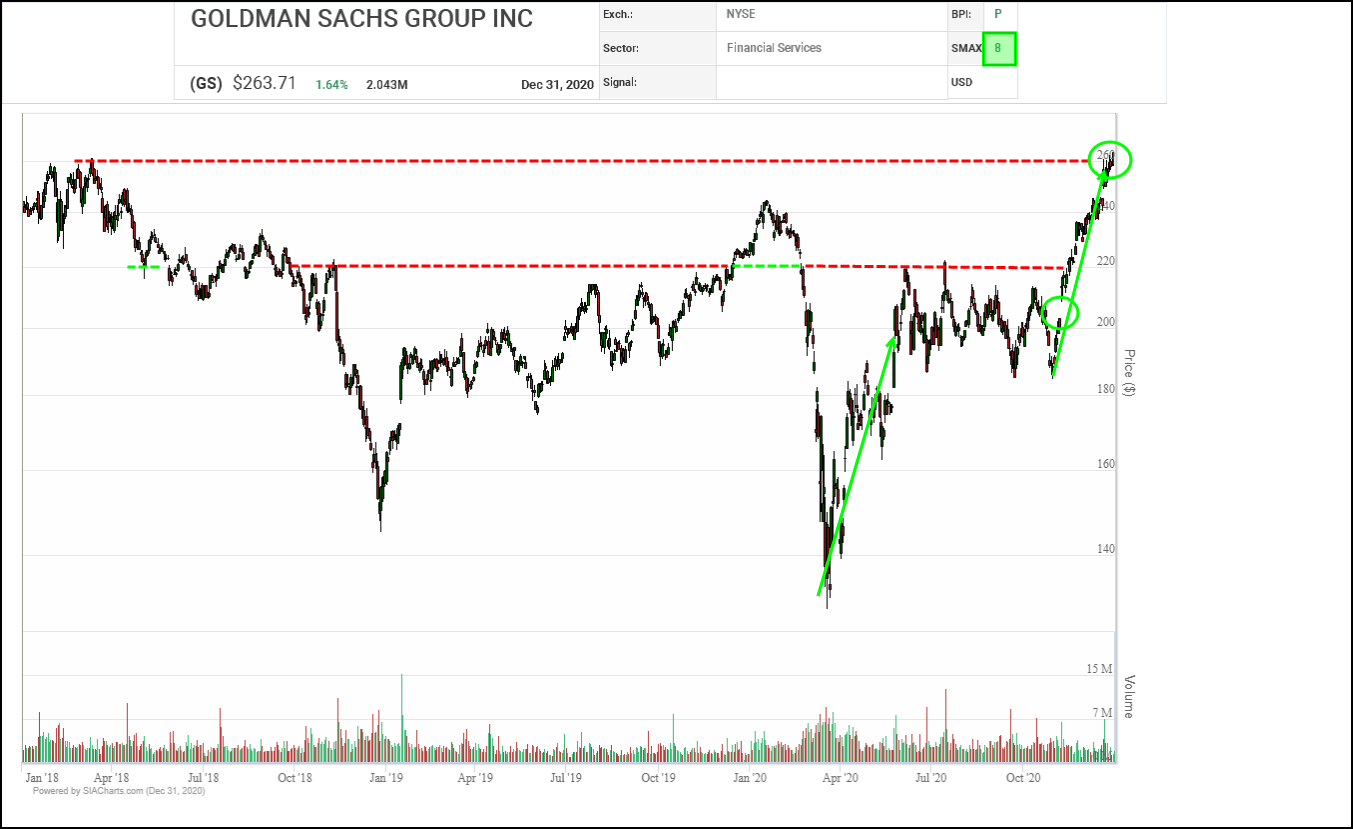 A major new advance for Goldman Sachs (GS) kicked off back in November when the shares completed bullish Triple Top and Spread Double Top breakouts. Since then, the shares have remained under accumulation, blasting through previous resistance near $247.20, and driving on to a new all-time high Thursday with a breakout over $262.30. Next potential upside resistance tests on trend appear near $289.60 based on a vertical count, the $300.00 round number, and then $319.75 and $339.35 which are based on horizontal counts. Initial support appears near $242.35 where a previous breakout point and a 3-box reversal converge.

With a bullish SMAX score of 8, GS is exhibiting near-term strength against the asset classes. 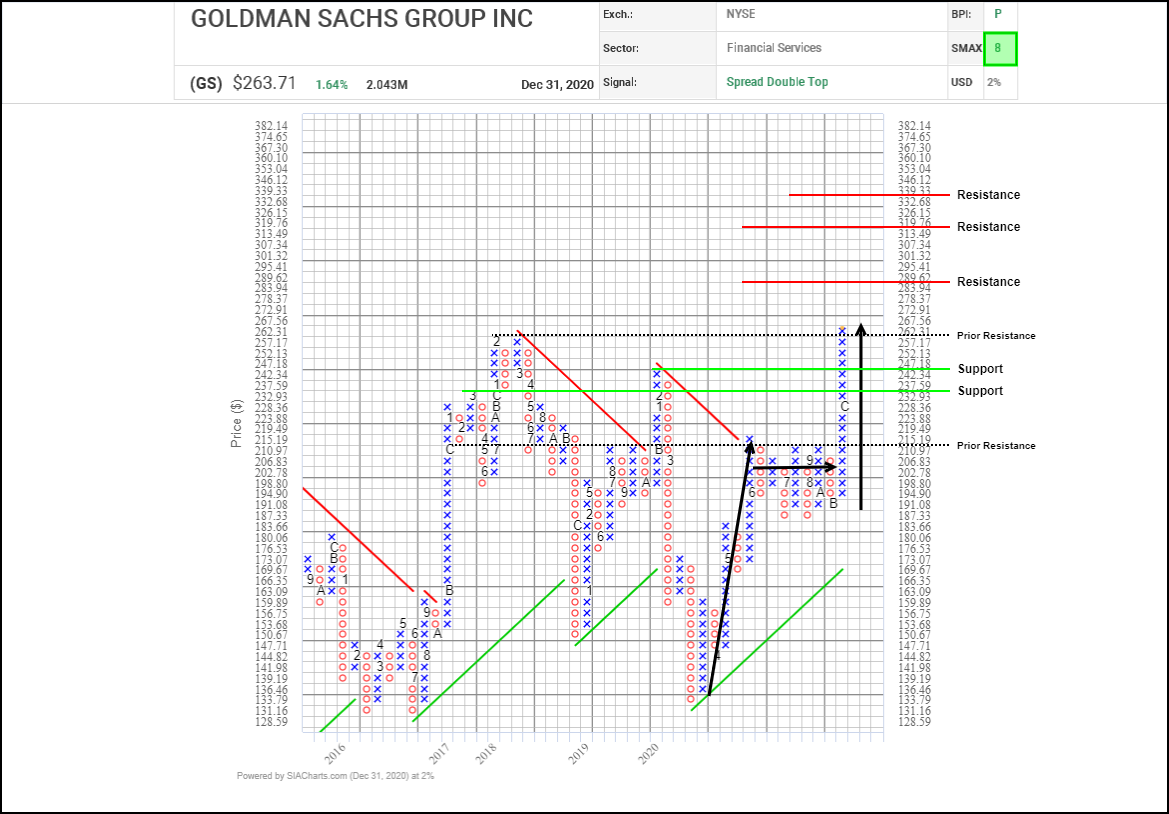