Back in November, Mohawk Industries (MHK) staged a major breakout, snapping out of a long-term downtrend and completing a bullish Ascending Triangle base with a breakout over $120.00. Since then, the shares have remained under accumulation, advancing in the $150.00 level. 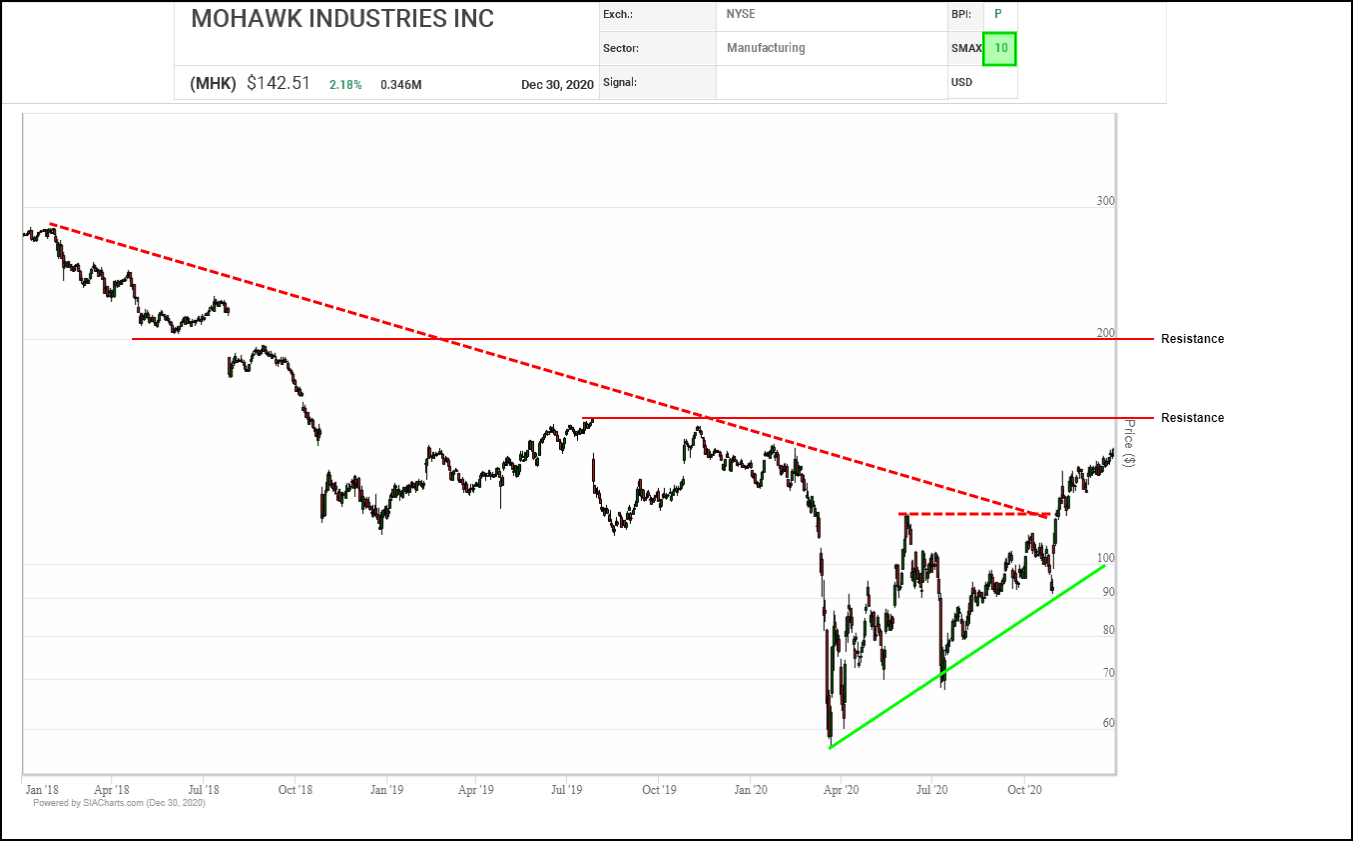 A long-term downtrend in Mohawk Industries (MHK) bottomed out in March. An initial recovery rally faltered in July and the shares staged a summer stumble. Since October, accumulation has resumed in earnest with the shares clearing their July high, snapping a downtrend line and adding to a series of bullish patterns that includes multiple Double Tops, a large Spread Double Top, and a Spread Quadruple Top.

Next potential upside resistance on trend appears at a previous column high near $159.25, then near $180.00 where a horizontal count and a column low converge, then the $198.00 to $206.00 area where previous column highs cluster around the $200.00 round number. Initial support appears near $130.65 based on a three-box reversal.

With a perfect SMAX score of 10, MHK is exhibiting near-term strength across the asset classes. 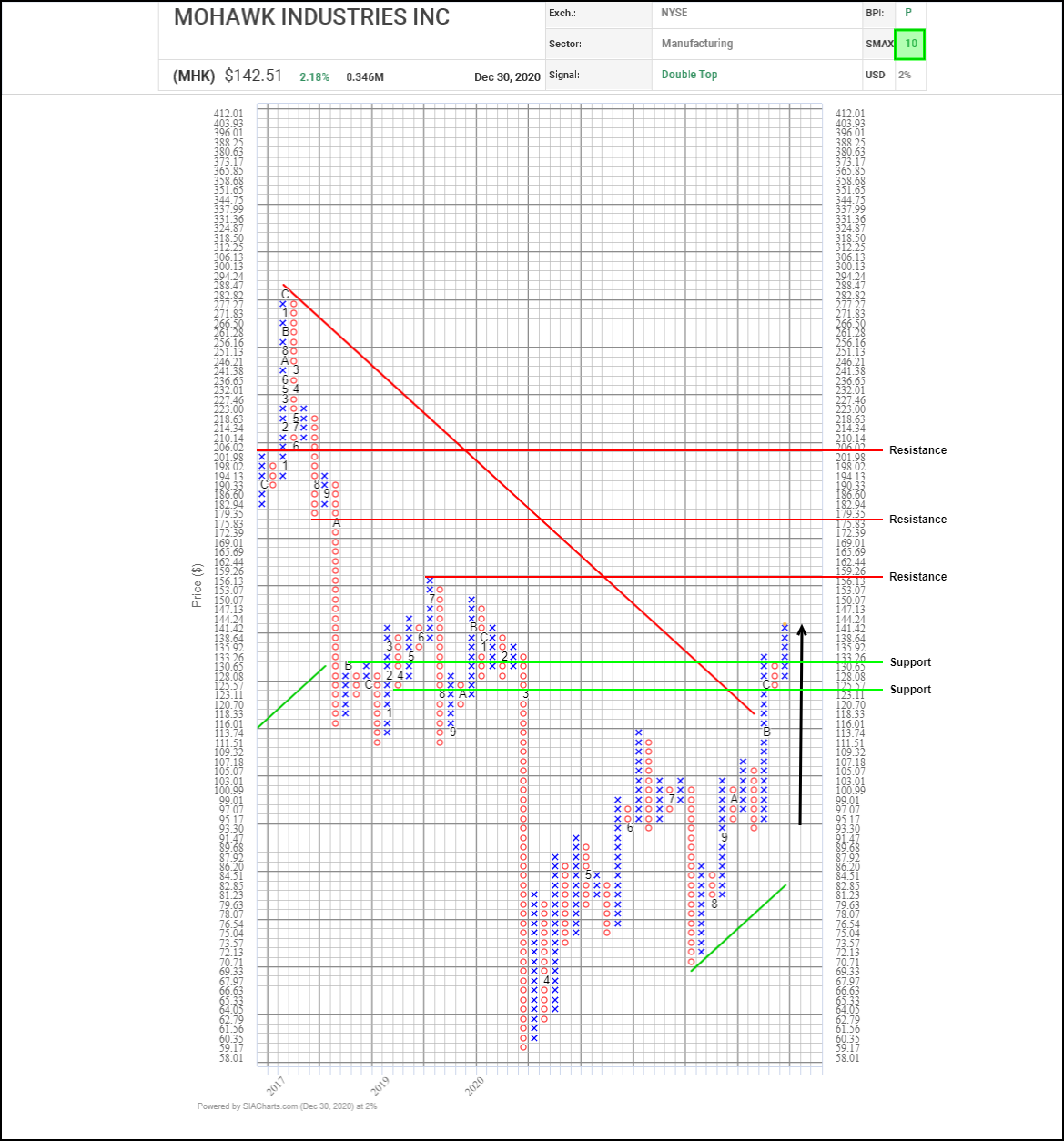